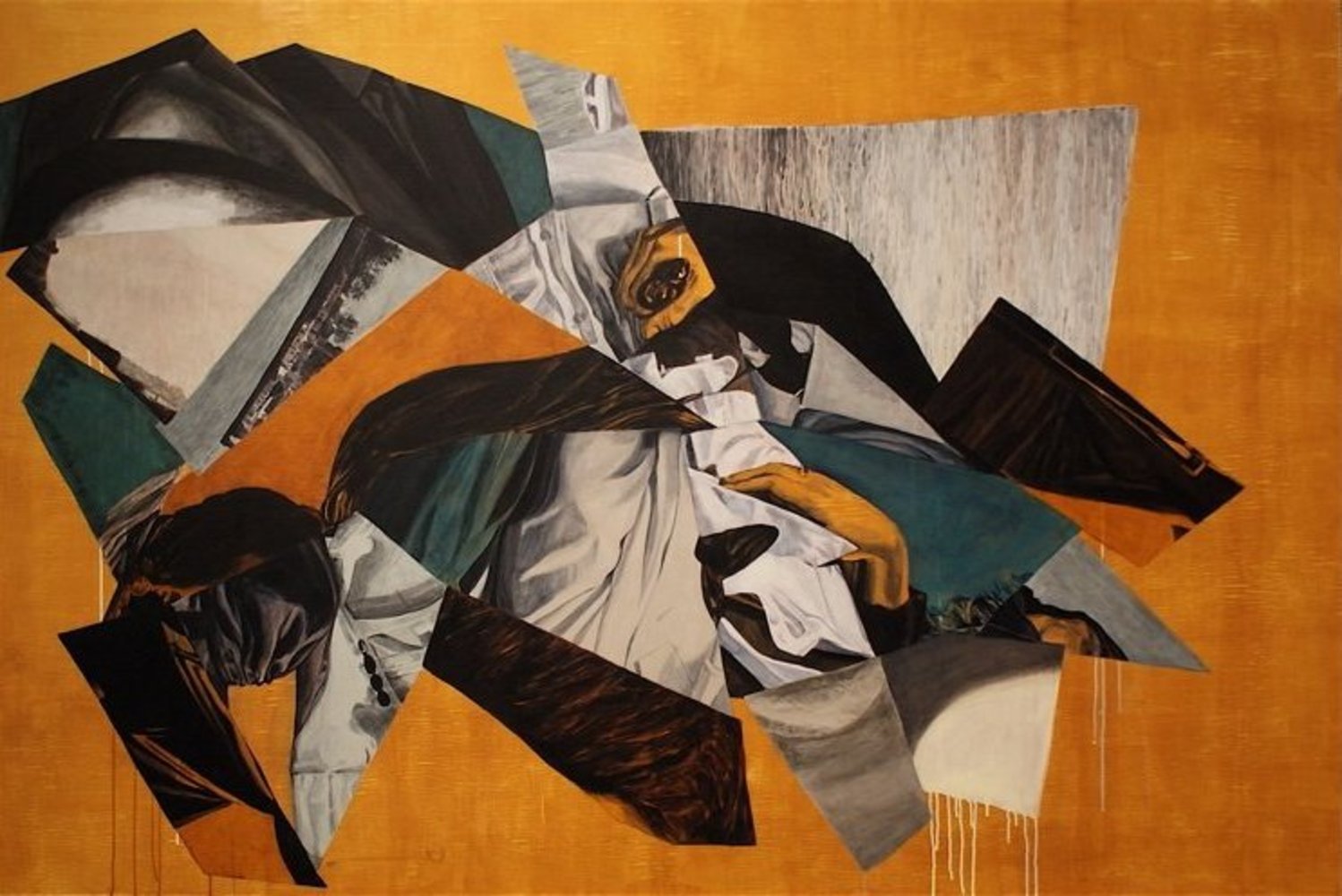 With Edits, Denver artist Stephen Batura introduces a series of recently completed large-scale paintings. These new works are based on small collages made from fashion and design photography collected from magazines or sourced from the Internet, cut and arranged in dynamic compositions, then scanned and digitally manipulated. As depictions of these collages, the final casein and acrylic paintings on canvas or wood panel thus emerge at the intersection of realism and abstraction.

Seemingly, this series marks a break from the artist’s decade-long project to render and reinterpret the early-twentieth century photographs of Charles Lillybridge. But this fresh turn takes Batura further in the direction of his earlier investigations involving found imagery, appropriation, questions of originality and reality, and a focus on texture that extends beyond the given context. The cut-up and reassembled images provide a degree of separation from the original sources that liberates Batura to give full attention to surface quality, color, and composition.

Fashion photography has long interested Batura for its quintessential attributes of sleek, luscious surfaces and he has explored the role of costumes, masks, and garments as outward façades in earlier work. But Batura is not simply offering a critique of superficiality. Focusing on the sumptuous qualities pictured in fashion magazines, he distills highly stylized images and reorganizes them in bursts of structural arrangements. Shades of vivid or subdued color underscore the mood of a specific work in Batura’s Edits, which remain interspersed with hints of discernible imagery.

As a result of their collaged, multi-directional compositions, the paintings can be viewed from numerous positions. Some are painted as diptychs where the two panels can seamlessly meet on different sides, and even be turned upside down, entirely altering the viewer’s perception of the piece. Visitors to BMoCA will have the opportunity to experience this effect as the orientation of the works on display will change periodically throughout the duration of the exhibition.

Denver native Stephen Batura was born in 1959. He received a BFA in painting from the University of Colorado, Boulder in 1983 and studied in Barcelona, Spain between 1989 and 1991. Recently his work was shown in Borrowing Time, a solo exhibition at Robischon Gallery in Denver in 2009 and in middle ground by the Museum of Contemporary Art Denver in 2003. In 2001 he participated in the exhibition The Wild West at the Arken Museum of Modern Art in Copenhagen, Denmark. The Denver Art Museum and many other public and private collections feature Batura’s work. His murals adorn some of Colorado’s major civic institutions, among them Red Rocks Amphitheatre, the Denver Public Library, Denver’s Union Station, and Ellie Caulkins Opera House.