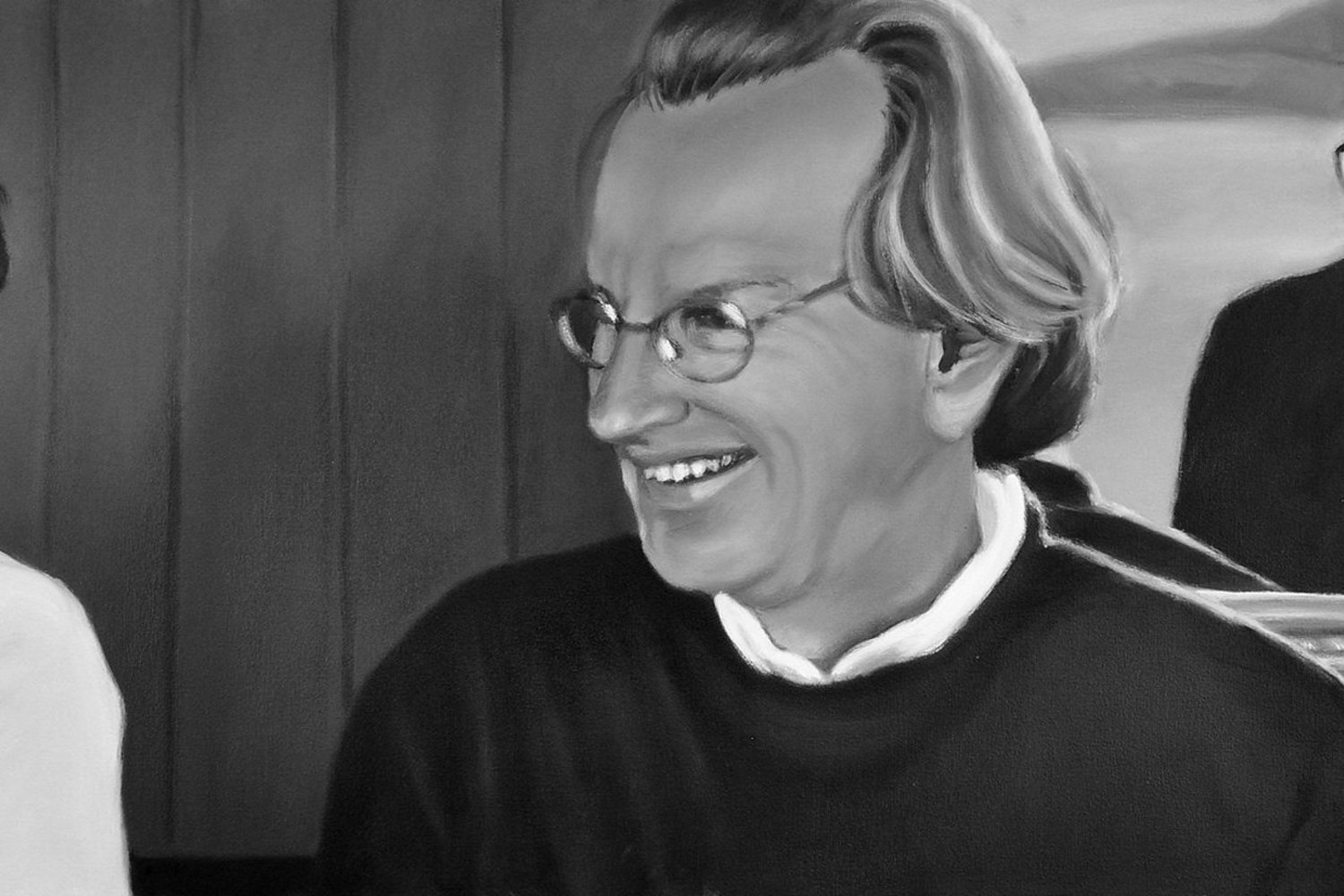 I make representational paintings of people and landscapes. With affection, attachment and curiosity, I depict likeness and the private faces of my subjects.

Moments In Between, a solo exhibition of representational paintings by Barbara Shark, offers an overview of her work of the last fifteen years. Inspired by her own photographs of close relatives, family friends, and fellow artists, Shark spends many hours studying their features in minute detail, painting substantially enlarged portraits of striking resemblance from relatively small scale snapshots. Through her careful observations and familiarity with the subjects, she reveals emotional characteristics and physical aspects that enrich her representations, while the flattening effect of the photographic sources adds a degree of abstraction and detachment. This is further accentuated in her more recent paintings, executed solely in black, white, and gray.

The portraits are of people in inconspicuous situations: long-time friends traveling together by car, engaged in relaxed conversation over lunch, or taking a break on a summer afternoon hike by a cool waterfall. They are of life as it happens, between appointments, along the way. Shark’s attention to these transitional times adds a sense of faithfulness to her subjects that goes beyond their accurate depiction. Her heightened awareness of the significance of transitions comes from her study of tai chi, which teaches that the way we get from one pose to the next is as important as the pose itself. Included in the exhibition are a number of self-portraits of the artist during her practice of this ancient Chinese technique.

Working with her husband, master printer Bud Shark, as part of his team at Shark’s Ink. print studio in Lyons, Colorado, Barbara Shark has had the opportunity to become closely acquainted with the visiting artists during their residencies. Over the years, many of them have found their way into her paintings. Showing them in private and social situations, these paintings offer unique insights into the lives of contemporary artists in the best tradition of portraiture.

Ars Longa shows respected tattoo artist and long-time friend of the Sharks, Don Ed Hardy, in the process of tattooing Bud Shark’s arm. As we witness this personal moment between artists, the image of the tattoo itself becomes a comment on the fleeting nature of time. Ars longa, vita brevis est, a Latin phrase meaning art is long, life is short, which is part of the Shark’s Ink. logo, reminds us to not only enjoy the high points of life, but to also savor the moments in between.