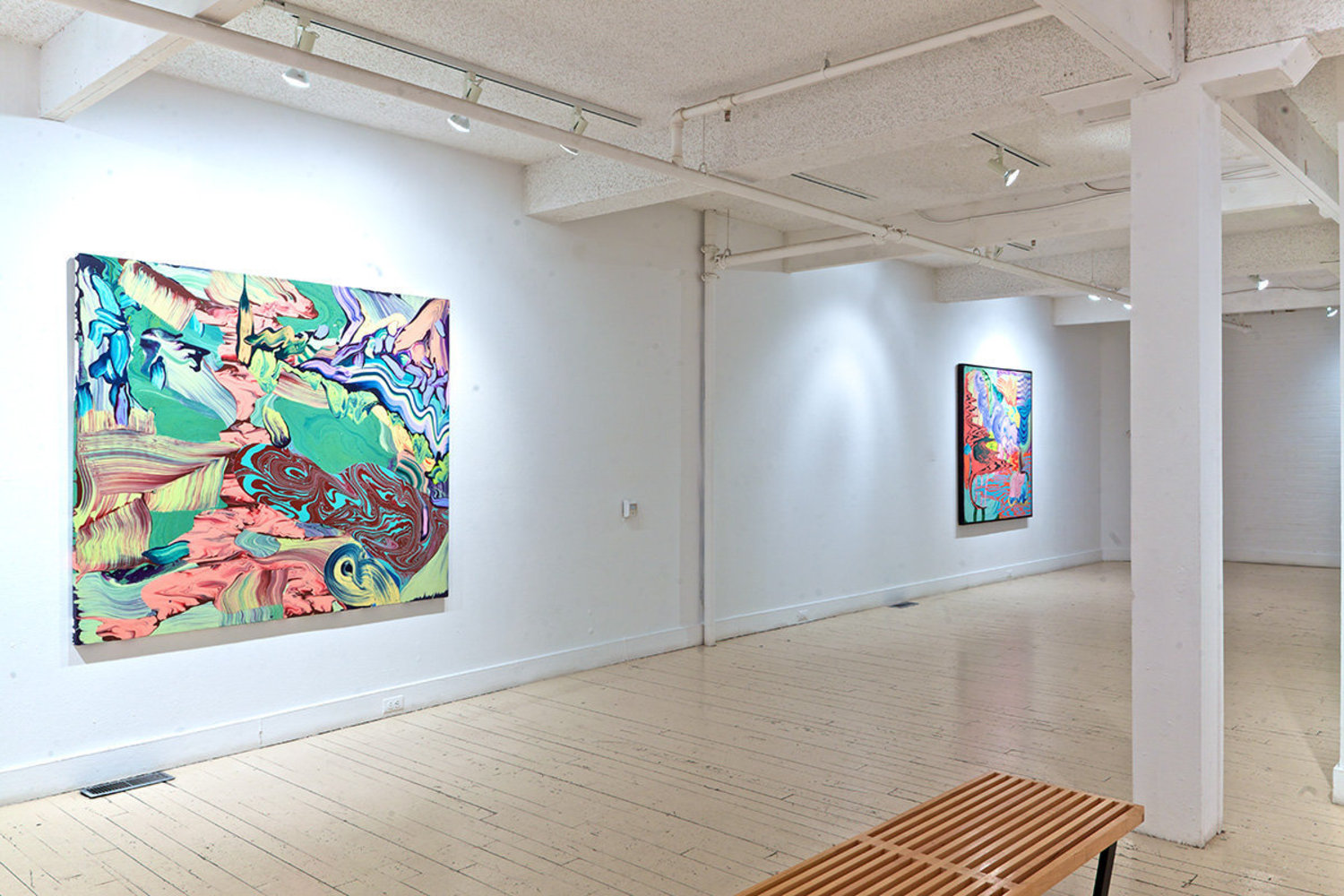 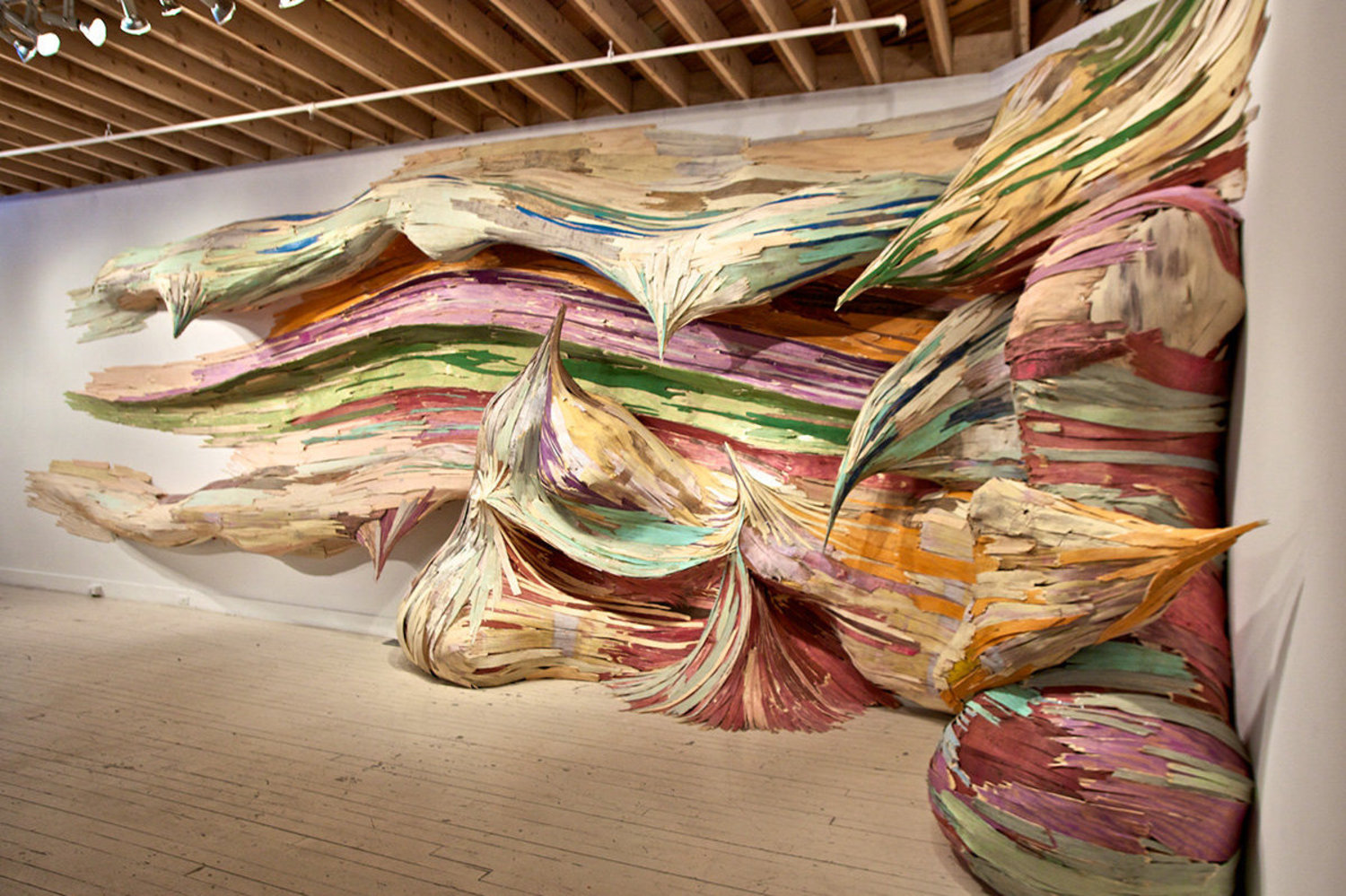 For his solo exhibition at BMoCA, Henrique Oliveira created one of the large-scale installations made from salvaged wood for which he has received international attention, most recently at the 2010 São Paulo International Biennial. Usually built from discarded weathered fencing materials collected from construction sites throughout the city of São Paulo, these “tridimensionals” are immense structures that span the disciplines of painting, sculpture, and architecture. Broken pieces of plywood are arranged in undulating layers like the thick gestural brushstrokes of a painting, linking these constructs visually and conceptually to Abstract Expressionism. Their winding, biomorphic shapes swell into the gallery space, disrupting the smooth angularity of the surrounding walls with unyielding verve.

A number of Oliveira’s vibrant acrylic paintings complement the installation. These charismatic allover compositions of lush abstraction are a splurge of color and movement. Distinguished by unrestrained fluidity, the paintings reveal Oliveira’s resolute stylistic intent.

To round out the experience, BMoCA offers a number of Brazilian-themed events and programs, including Samba dancing, a series of Brazilian films, a Festival Brazil, and a Carnival-inspired closing reception.

The exhibition is funded in part by the Embassy of Brazil and by Sue Cannon.

Henrique Oliveira was born in Ourinhos, Brazil in 1973. He lives and works in São Paulo, Brazil. He holds an MA in Visual Poetics and a BFA in Painting from the University of São Paulo, Brazil. Recent exhibitions include the 29th São Paulo International Biennial (2010), IX Biennial Monterrey FEMSA, Monterrey, Mexico (2010), and a solo exhibition at Rice University Art Gallery, Houston, Texas (2009). Oliveira was a recipient of the 2009 Artist Research Fellowship from the Smithsonian Institute in Washington DC.