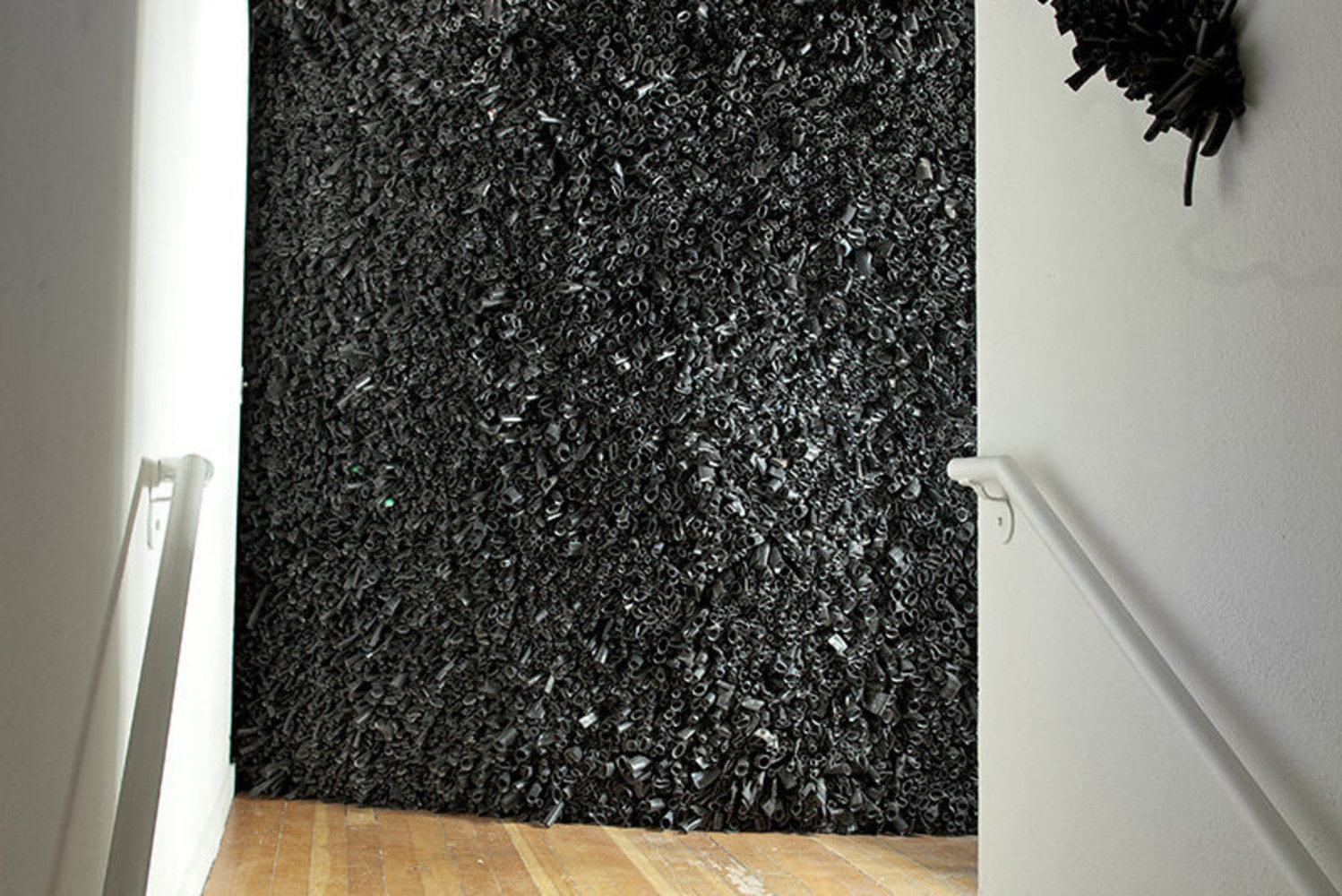 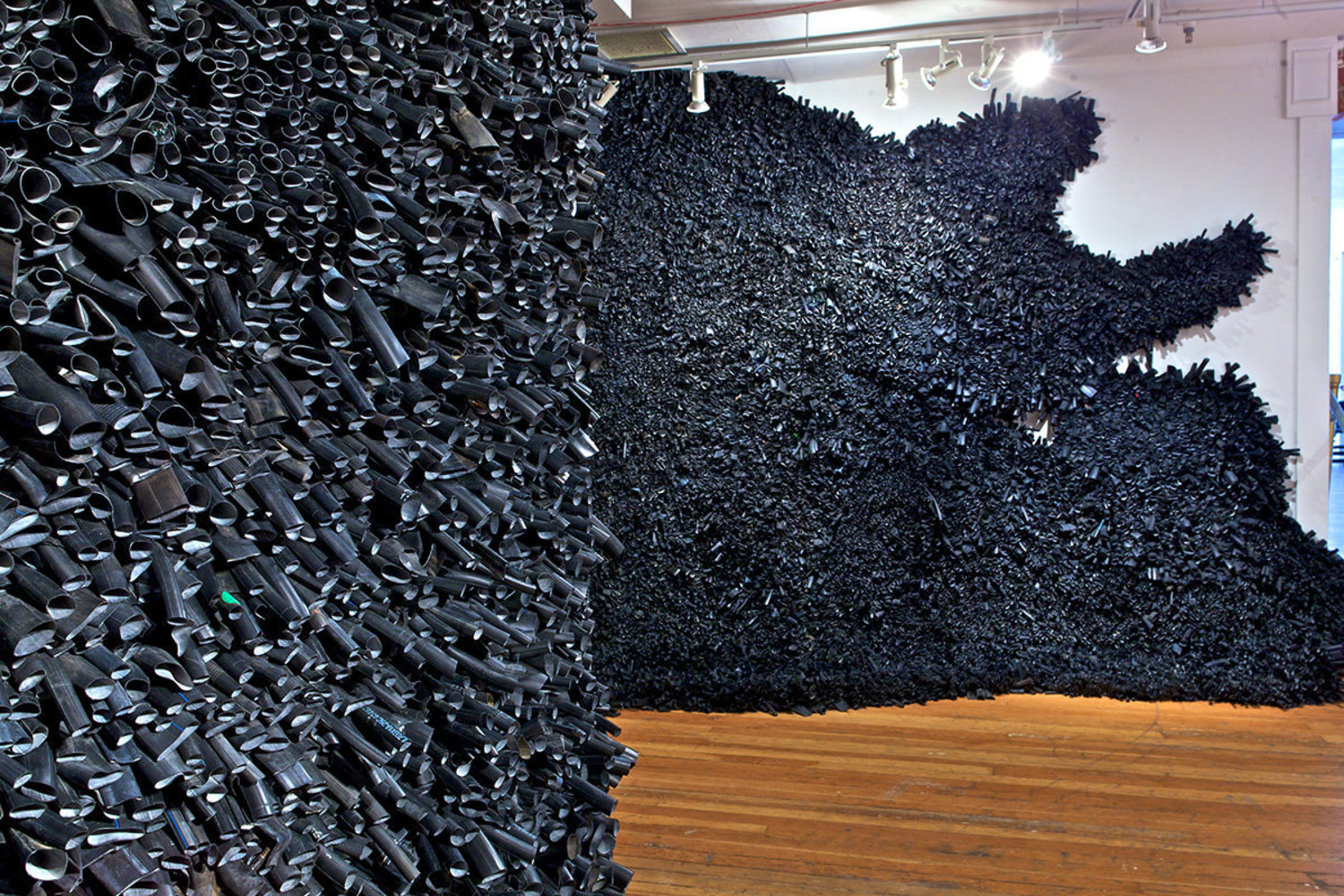 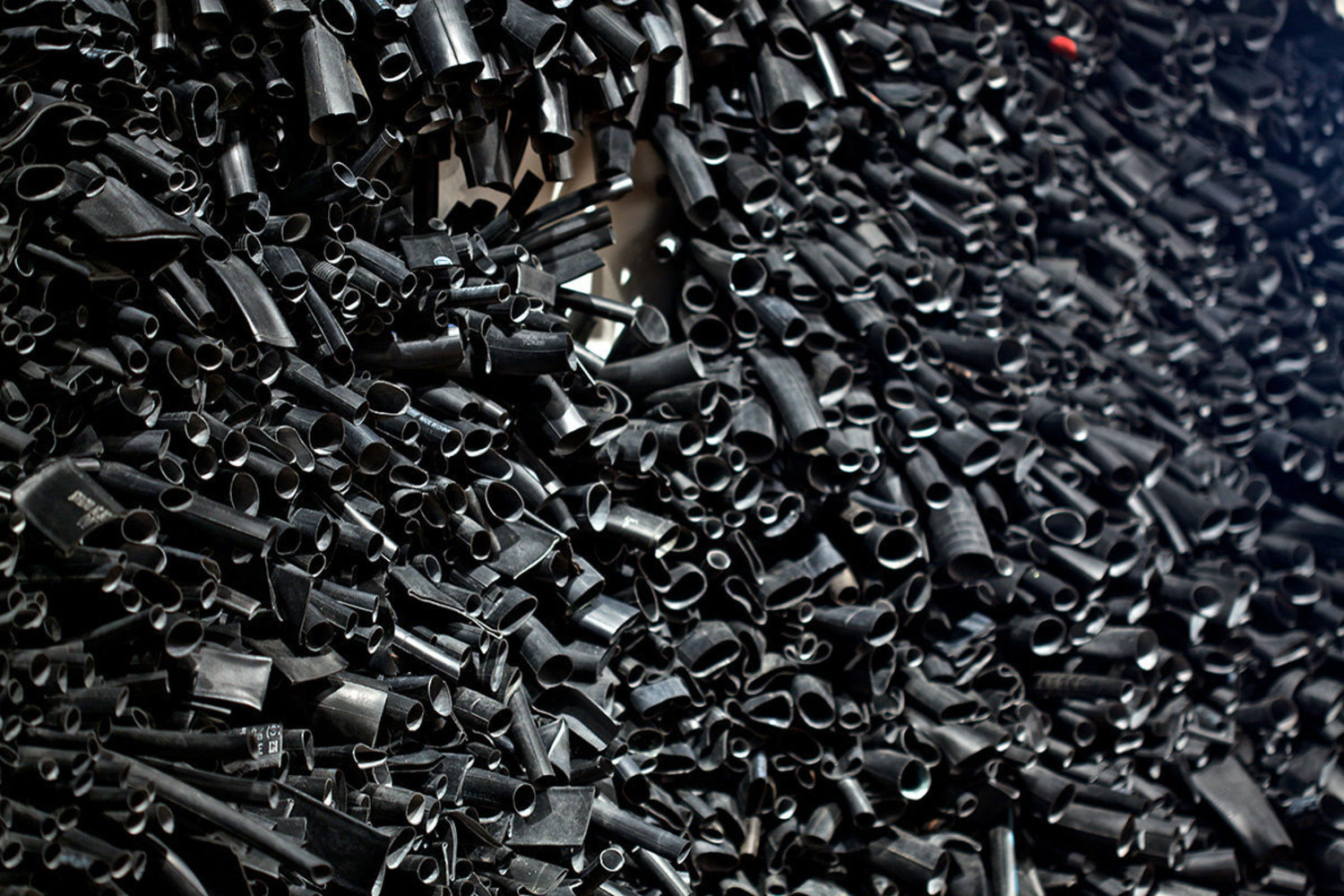 Boulder Museum of Contemporary Art invited Boulder-based artist Jessica Moon Bernstein to transform its Union Works Gallery with a site-specific installation. Bernstein works with recycled materials and non-decomposing waste such as mass-produced plastics to create intricately textured sculptures and reliefs. She frequently uses bicycle inner tubes–a material that is as common and abundant as it is environmentally problematic. Bernstein comments on the ubiquitous effects of mass production and uncontained consumerism on our landscapes and expresses concern over the increased loss of ethnic diversity and unique cultures through globalization.

The exhibition title, Ourrubberos, is a slight variation from the term ouroboros, which refers to the ancient symbol depicting a serpent eating its own tail. This sign stands as a reminder for the cyclicality of life as it repeats and constantly reinvents itself. Bernstein’s reincarnation of inner tube rubber as building material for her work, suggests new possibilities for an object otherwise rendered obsolete by puncture.

Born in 1968, Jessica Moon Bernstein was raised in Ohio by a Nicaraguan Arab mother and an Irish German Jewish father. She received a BA in International Affairs and Visual Arts (1991) and an MA in Bilingual and Multicultural Education (1995) from the University of Colorado, Boulder. In 1989 she studied art history and studio arts at the Instituto Internacional in Madrid, Spain. Following her undergraduate degree she lived in Mongolia for three years, working for the Peace Corps and the United Nations Biodiversity Project. She has traveled extensively in North and South America, Europe, and Asia, has received numerous educational grants, and was offered an artist residency at Anderson Ranch Art Center in Snowmass, CO in 2007. Recent exhibitions include Artists Footprints at Redline during the Biennial of the Americas in Denver, CO (2010) and Detritus, which showed at the Houston Art League, TX and at the Dairy Center for the Arts, Boulder, CO (2009).