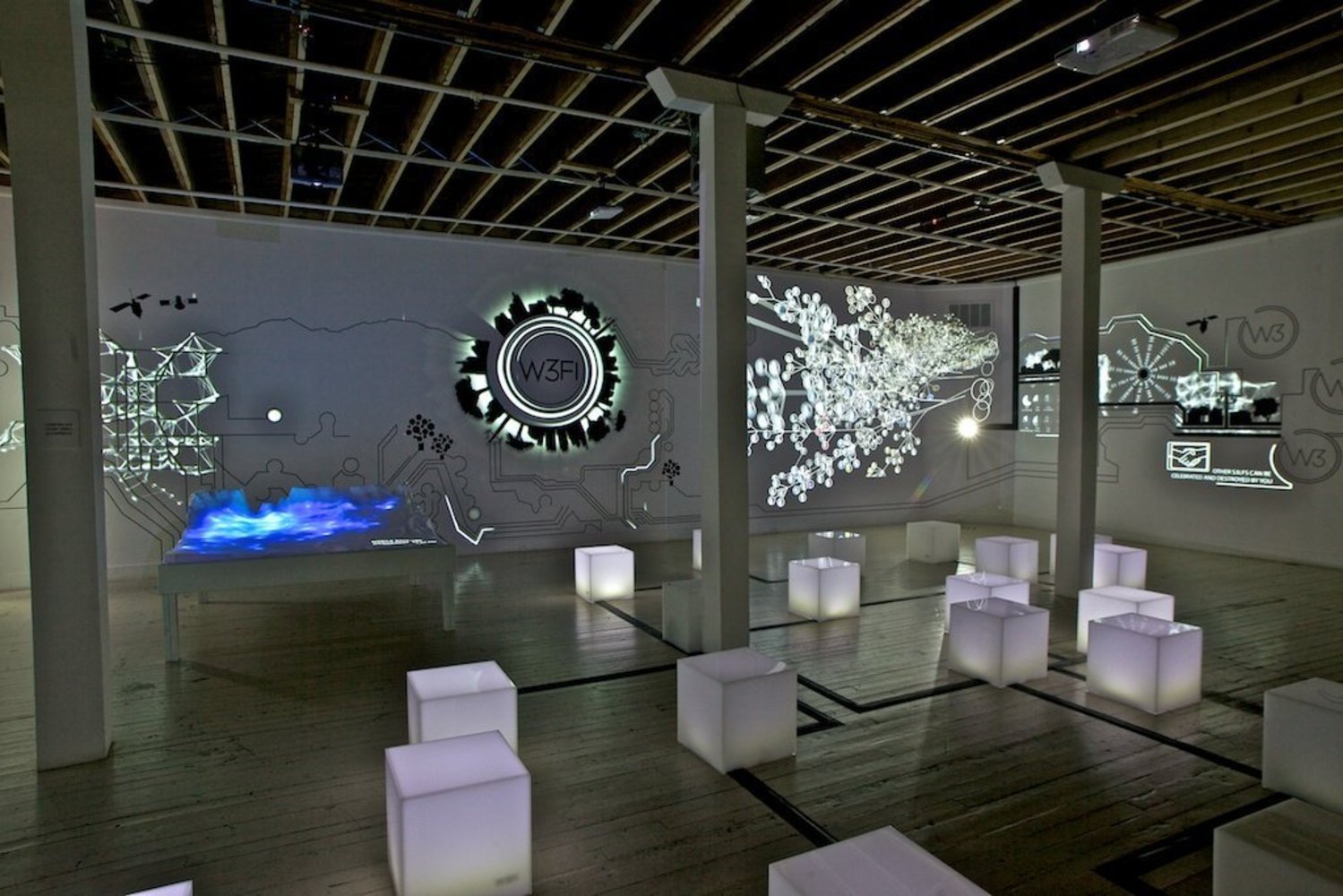 In January of 2011, BMoCA invited four artists—Gustavo Artigas, Chris Coleman, Laleh Mehran and Seth Wulsin—to complete residencies in Boulder in order to create works that give visual representation to local residents’ experiences of diversity. In response to this creative challenge, the artists have developed projects that will be exhibited at BMoCA this summer in BIODOME: An Experiment in Diversity.

Laleh Mehran and Chris Coleman focus on the effects of technology on the sense of self. In particular, they examine a second self, referred to as the digital self or “S3lf,” that emerges as we find ourselves increasingly enveloped by worlds of information. This S3lf is made up of many fragments, often dispersed into numerous Internet databases, which make up the way we are perceived even when we are not physically present. This project offers a possible path toward becoming a better S3lf, and thus a positive part of the network, the “W3fi” (pronounced wee-fy). The W3fi is the sum of all the digital S3lfs and depends on the concept that every action has consequences far beyond S3lf-to-S3lf interactions. As part of the W3fi, we are interconnected and we must give as much, if not more, care and consideration to each action as we do every day in the physical realm.

Mehran and Coleman pose questions concerning the nature of our use of technology and information. As the Internet grows, cycling through phases of promise and decay, it retains its core idea of connecting people and ideas despite geography. The artists suggest that the value of the information disseminated through the Internet has been diluted by its increased use for the broadcasting of the mundane and the irresponsible. They challenge visitors to consider the following questions: Is it possible to change our attitudes and begin to perceive the bandwidth and storage of the virtual space as valuable, rather than as a forum for our cultural waste? Can we find validation by contributing positively to the W3fi, the network of collaboration and support?

Laleh Mehran was born in Tehran, the daughter of Iranian scientists. She received her MFA in Electronic Time-Based Media from Carnegie Mellon University, Pittsburgh, Pennsylvania. Her work has been shown at the Next 5 Minutes 4 Tactical Media Festival in Amsterdam, Holland; the European Media Arts Festival in Osnabrück, Germany; and at the Andy Warhol Museum, Pittsburgh, Pennsylvania. Mehran is Associate Professor and Graduate Director of the Electronic Media Arts & Design program at the University of Denver.

Chris Coleman received his BFA in his native state from West Virginia University in 2001 and his MFA from New York State University at Buffalo in 2003. He has exhibited at the Albright-Knox Art Gallery, Buffalo, NY; FILE Sao Paulo, Brazil, and other institutions throughout Europe, Asia, and the US. In 2009 he was the winner of the Babelgum Metropolis Art Prize in New York City. He is Assistant Professor in the department of Media, Film & Journalism Studies at the University of Denver.