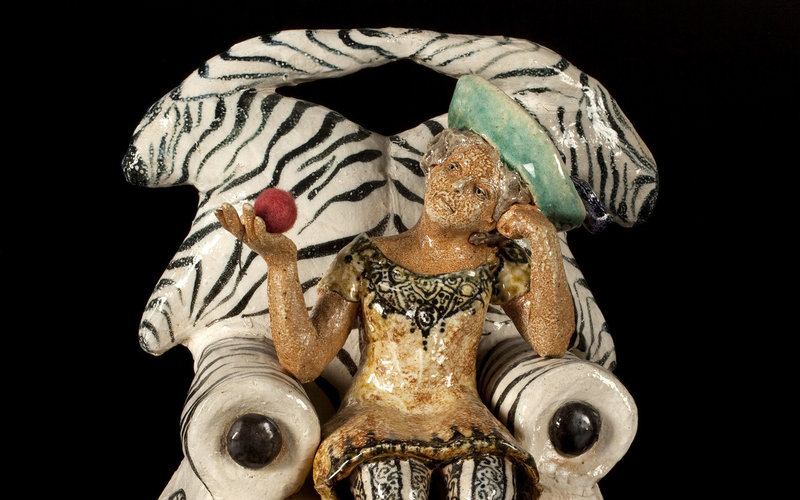 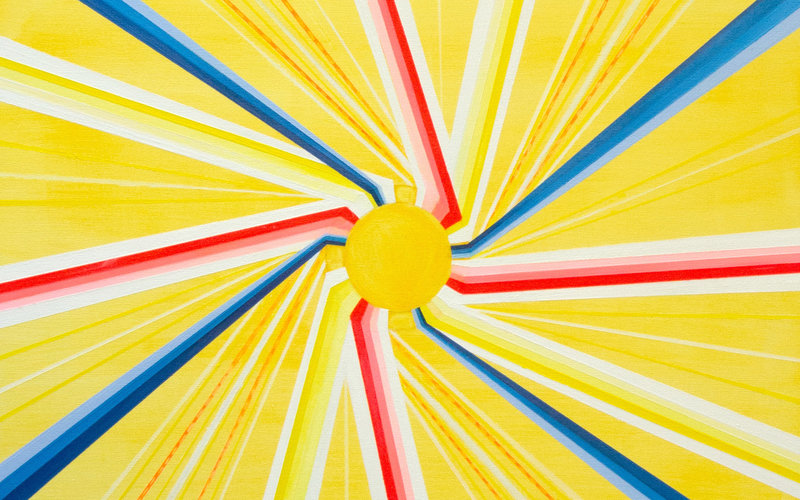 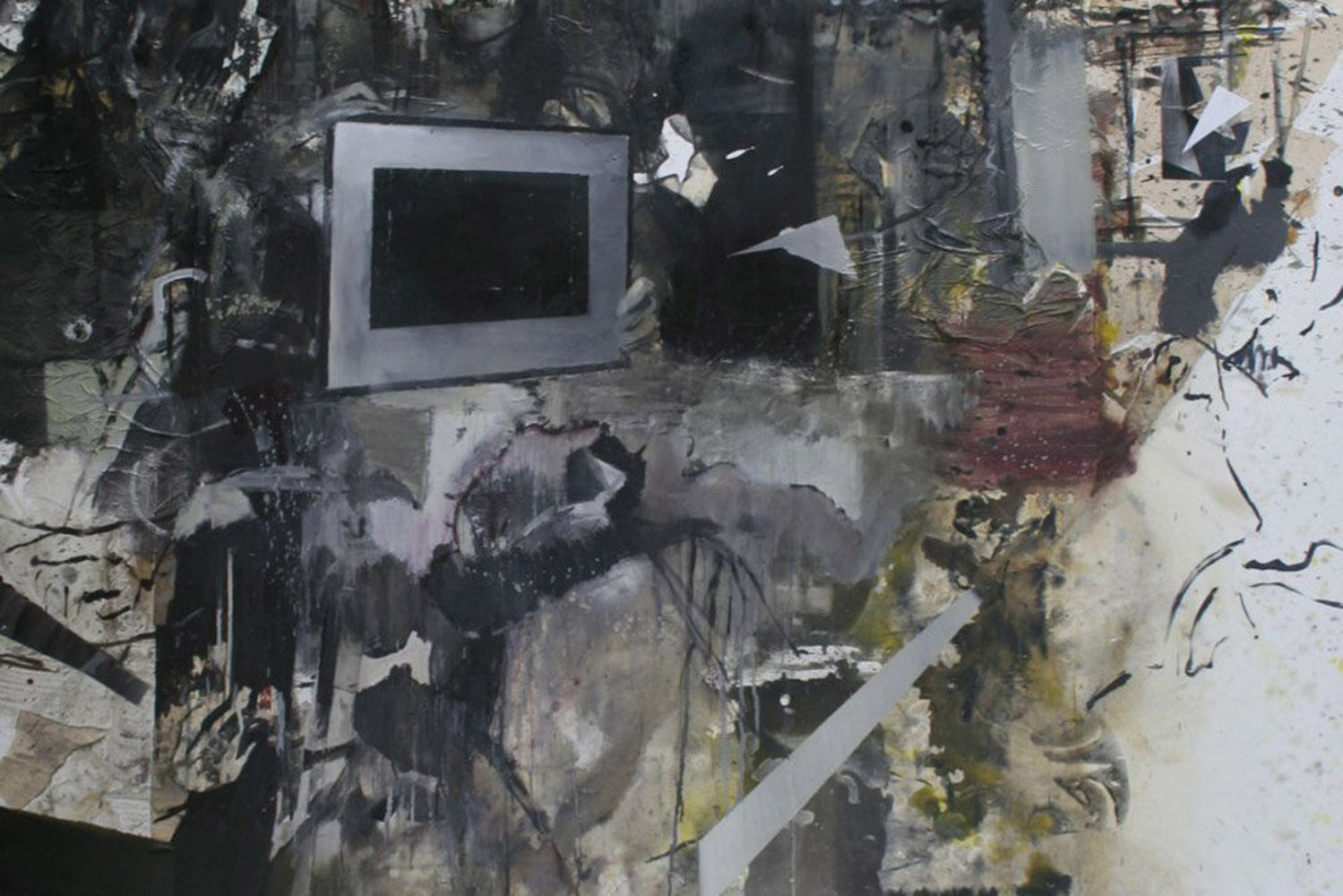 The dilapidated buildings and dated interiors of Pitín’s mixed media paintings reveal a society in the process of defining itself in the face of disillusionment that has by now spread beyond Eastern Europe. WWI and Gulf War references connect the current impact of social and economic change to the timeless need for collective and individual reinvention. With the detached nostalgia for the recent past and the innate skepticism towards authority of the generation that came of age in the post-communist former Eastern-bloc countries, Pitín presents this need as a global phenomenon.

Young people in particular, with their natural inclination to evaluate and criticize established rules and norms, often find themselves reprimanded or punished for their opposition. In his newest paintings, stirred by the recent trials and harsh sentencing of members of the punk collective Pussy Riot for staging an unauthorized performance to criticize the political situation in Russia, Daniel Pitín reveals the appalling consequences when youthful dissidence is met with severe retribution. Images of the young women delivering their eloquent closing statements from behind the defendant’s cage made worldwide headlines, leading to international uproar and calls for their release.

Daniel Pitín was born in 1977 in Prague, Czechoslovakia – now Czech Republic – where he lives and works. Between 1994 and 2001, he studied painting and conceptual media at the Academy of Fine Arts, Prague. His work has been exhibited throughout Europe and the United States, including at the Hudson Valley Center for Contemporary Art, Peekskill, NY; Kunsthalle Tübingen, Germany, and the Prague Biennale3, where he was awarded the Mattoni Award for best new young artist.