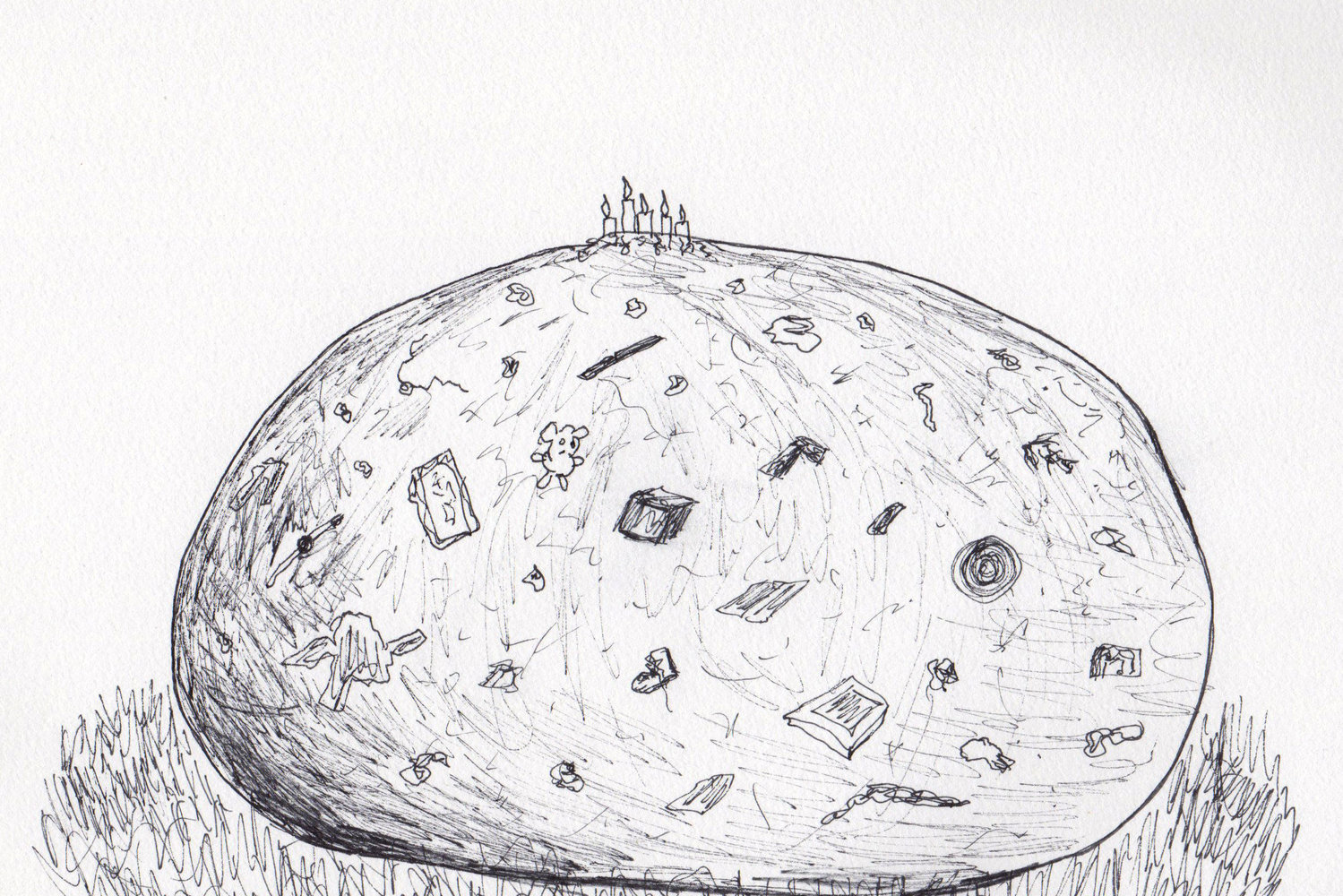 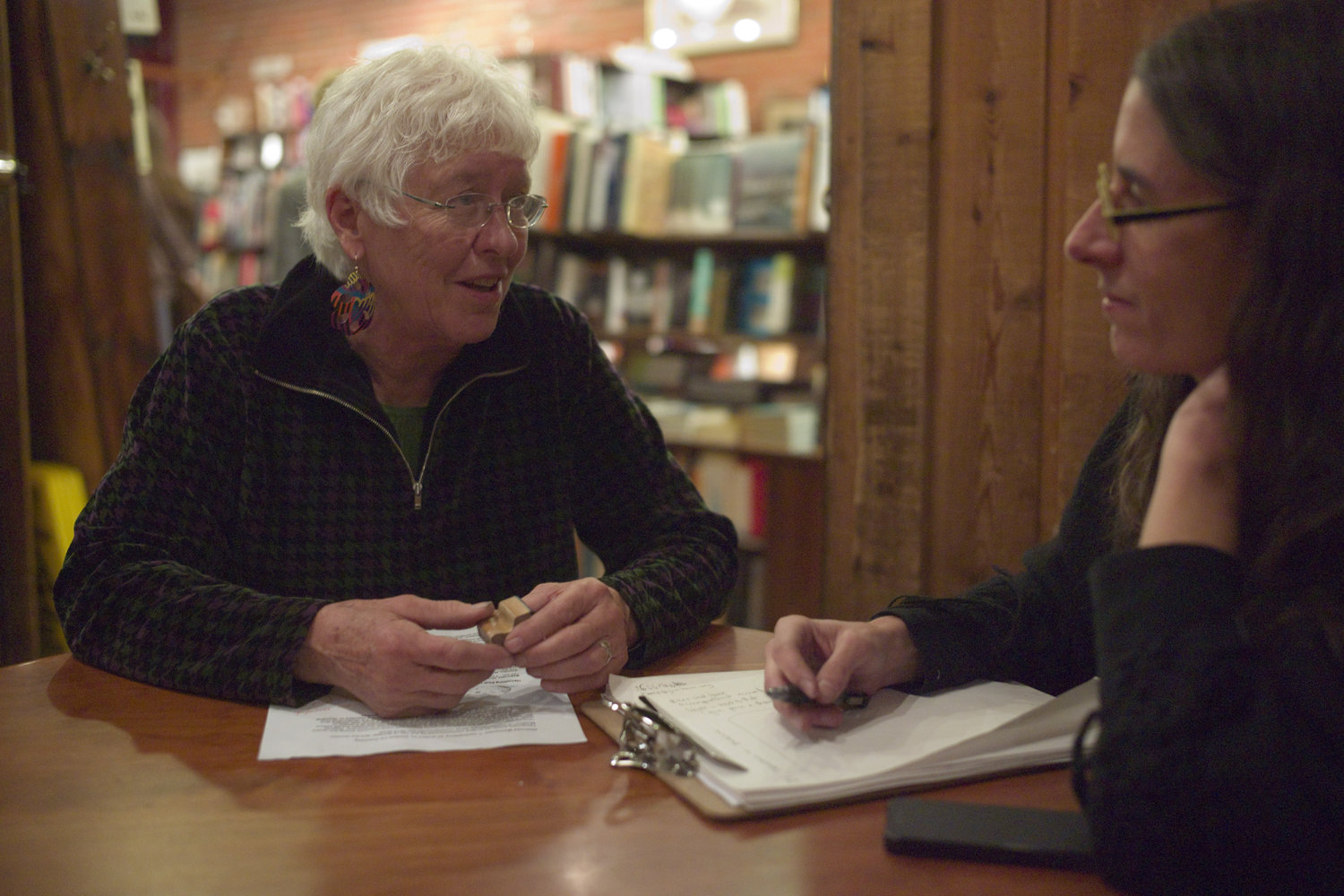 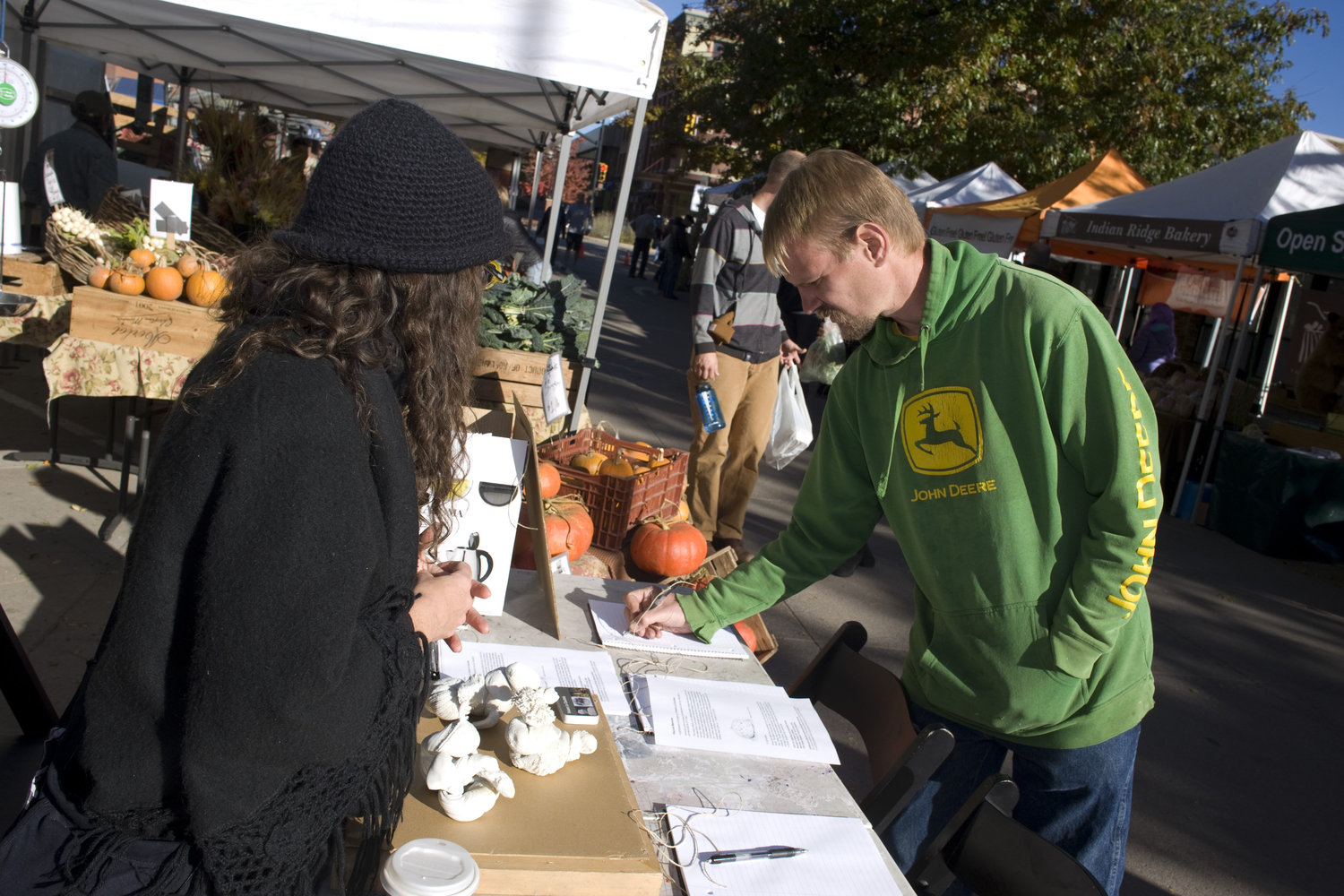 “The project reflects on the material property losses that have occurred during the recent flood. It will transform individual losses into a collective process of recovery. Objects damaged during the flood will be collected and transformed into porcelain fossils before becoming part of the piece. From interactions and objects collected at a series of collecting events, I will create a boulder shaped sculpture and a book with photos and stories. The large sculpture goes with the city’ s name, represents the destructive rock slides, and reminds me of the enigmatic and ritualistic nature of the menhirs or standing stones found all over Brittany where I grew up.” – Viviane Le Courtois

Members of our community were invited to contribute objects of importance that were damaged by the 2013 Colorado floods to Viviane Le Courtois’ temporary art project Rescued Memories. The participatory art project Rescued Memories culminated in a sculpture that resembles a giant boulder made from river clay, residual twigs from the flooding, and dried plants native to and collected along Boulder Creek, sand, and an armature (framework). She recruited local students and members of the community to help her gather these natural building materials, and then constructed the piece. The boulder shape serves as a visual conjuring of the city’s name and provides a catharsis for the communities’ memories of the destructive objects let loose during the flood’s rockslides.

Viviane Le Courtois
Viviane Le Courtois has been creating process based art and conceptual installations since 1989. In 2012, BMoCA presented Edible?, a retrospective of Le Courtois’ food-related works from the past twenty-two years. Born in France, Le Courtois moved to the US in 1994 and now resides in Denver. She was a resident artist at RedLine, Denver from 2008–2011. Le Courtois is currently Program Manager at Downtown Aurora Visual Arts.

The Flood Project: Rising Above & Restoring Boulder Through Art, commissioned by Boulder Museum of Contemporary Art and the City of Boulder, with support of Colorado Creative Industries.