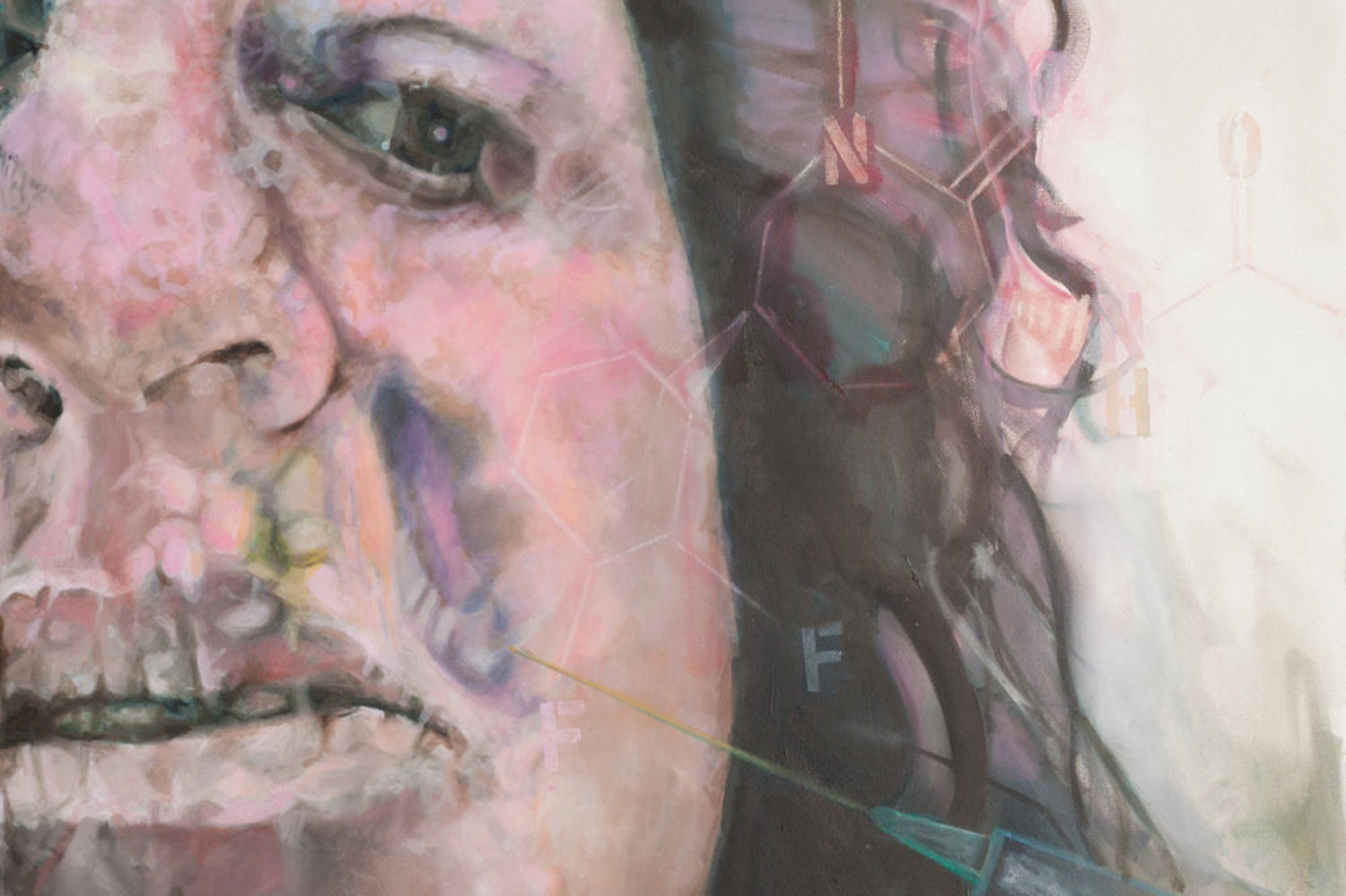 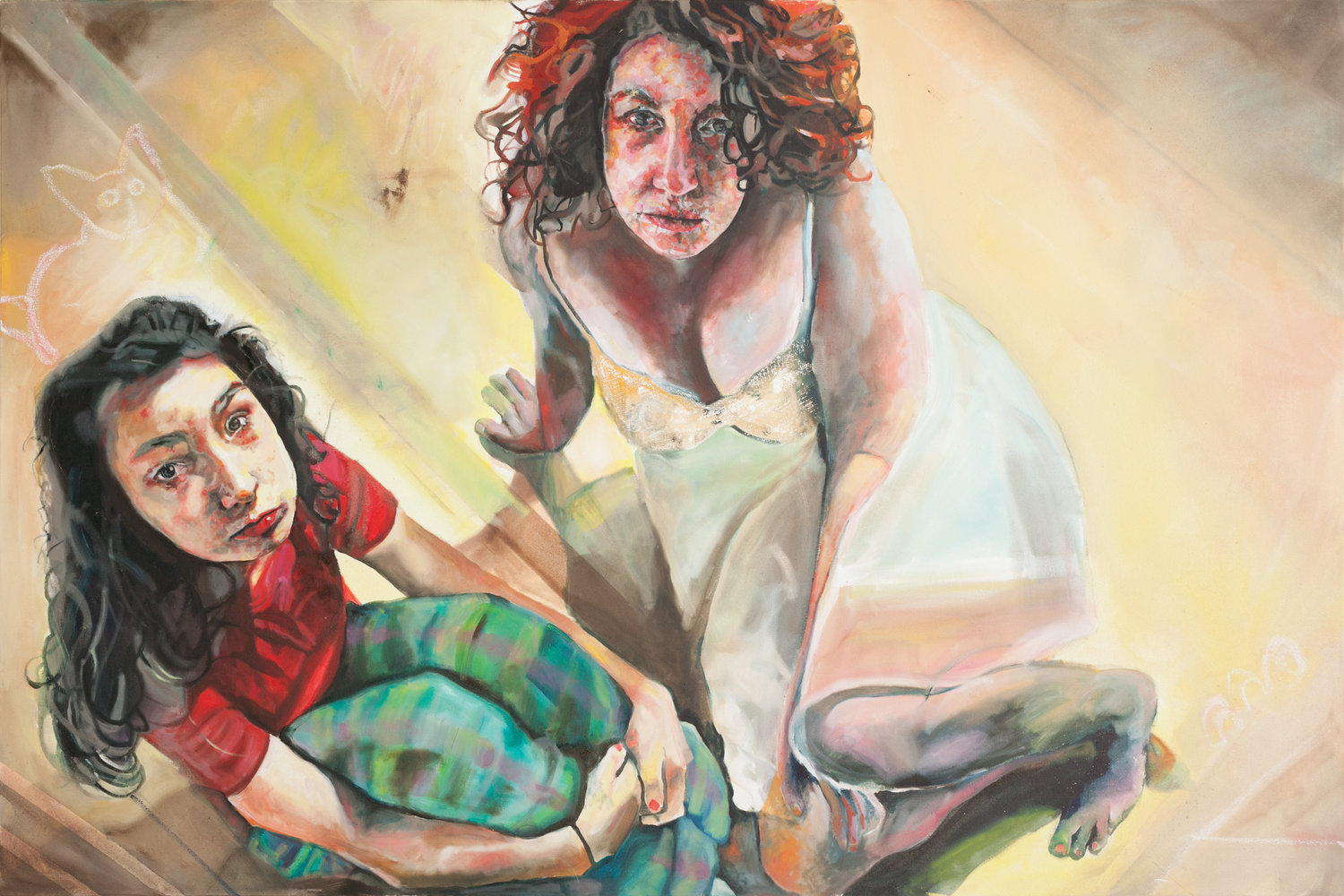 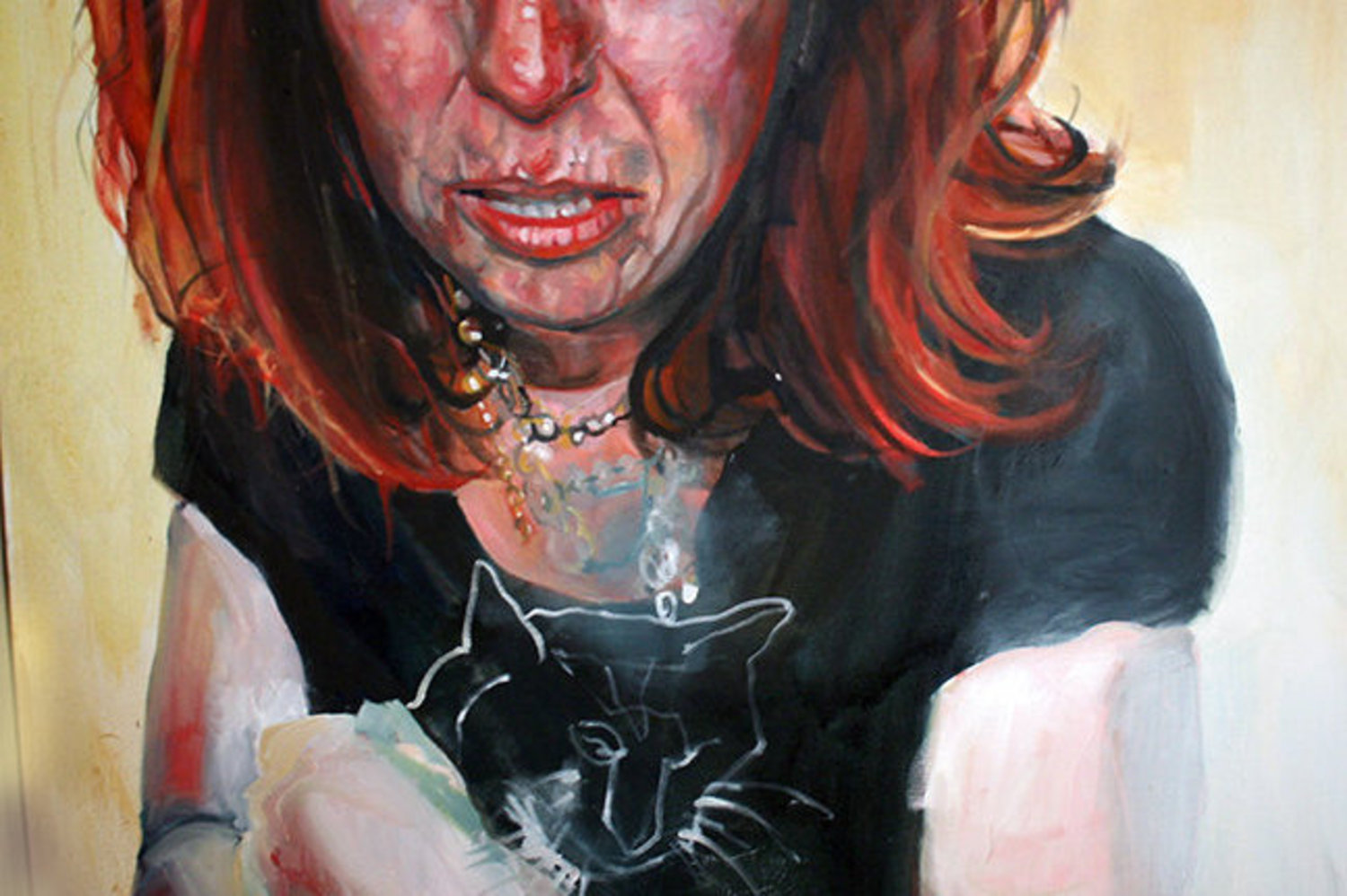 Addressing the contradiction between the impossible social standards placed on a woman’s body and the biological process of growing older, Julie Puma’s series of self-portraits reflects the experience of aging in a youth-centered culture. The focus in this new body of work spawns from Puma’s observations of her maturing body in relationship to the developing body of her twelve-year-old daughter. In her own portrayal, she exaggerates her age to the point of visual betrayal, depicting herself older than she actually is. The self-renderings divulge her hypersensitivity to growing older and expose an inner conflict between the way she imagines herself and the reality of how she appears to the world.

The visual and conceptual content of Puma’s large-scale paintings are not always easy to digest. Yet, their message is a valuable one. Puma’s self-analysis points to the problematic nature of a culture where youth is synonymous with beauty; and her work shines light on the potential danger that idealized images of youth and beauty can have for women.

The exhibition title, The Immortal Jellyfish, references the obscure species, Turritopsis nutricula, known to reverse in age, growing younger as it gets older. Puma’s portraits, on the other hand, emphasize the harsh realities of being human—no matter what measures we might take to delay or slow aging, we ultimately have no control. Puma’s paintings not only give insight into her personal perceptions, even tribulations, they also reveal the inevitability of our own mortality.

Julie Puma was born in Brooklyn, New York and grew up in a small village in England. She currently lives and works in Denver, Colorado. Primarily a painter, Julie Puma also enjoys photography and installation, and her art has been shown both locally and internationally. Puma has an MFA in Visual Art from Vermont College of Fine Art, an MA in Art Therapy from The School of The Art Institute of Chicago, and a BA from Western Illinois University. She teaches painting and drawing at Rocky Mountain College of Art + Design and is Chair of RMCAD Online Education. For more information about her work, visit juliegpuma.com.

BMoCA at Macky is an off-site exhibition series presented in collaboration with Macky Auditorium Concert Hall, University of Colorado Boulder.