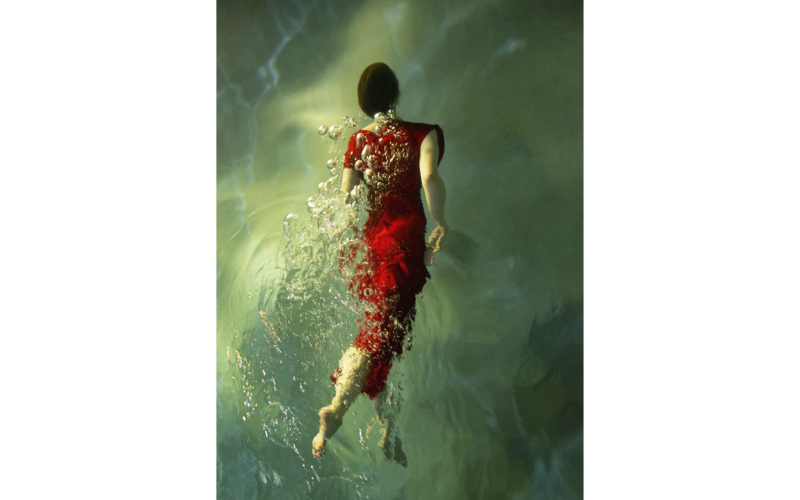 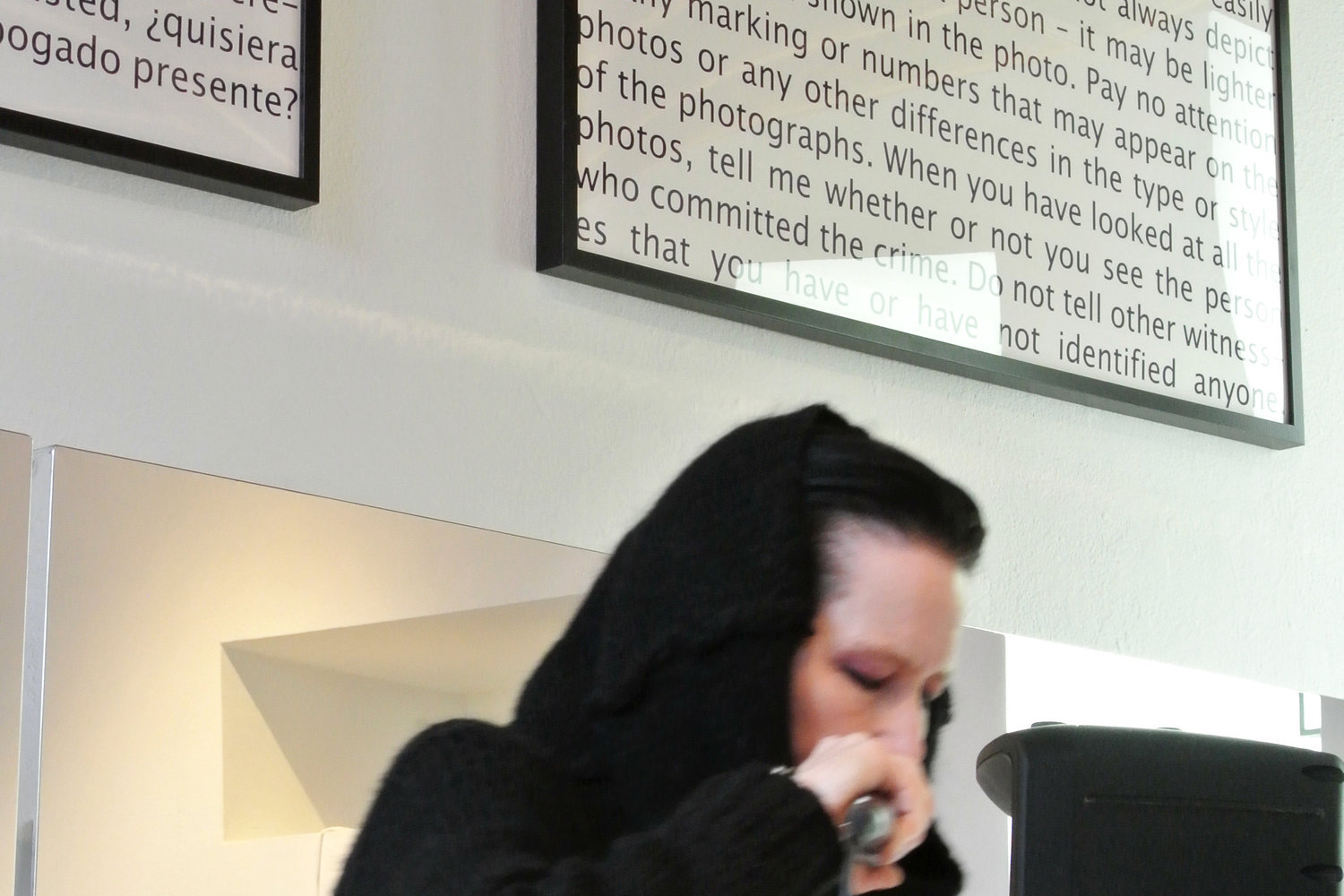 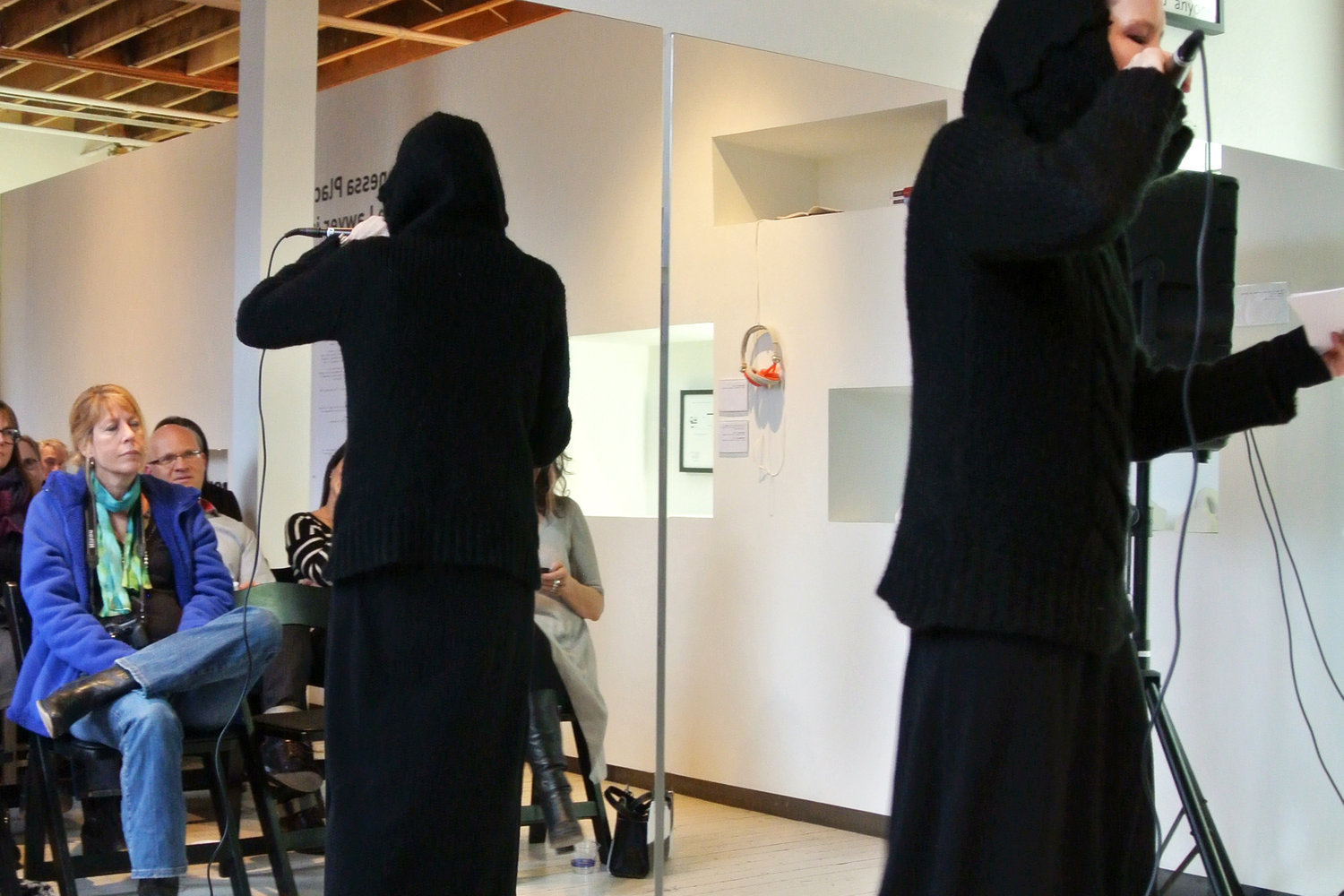 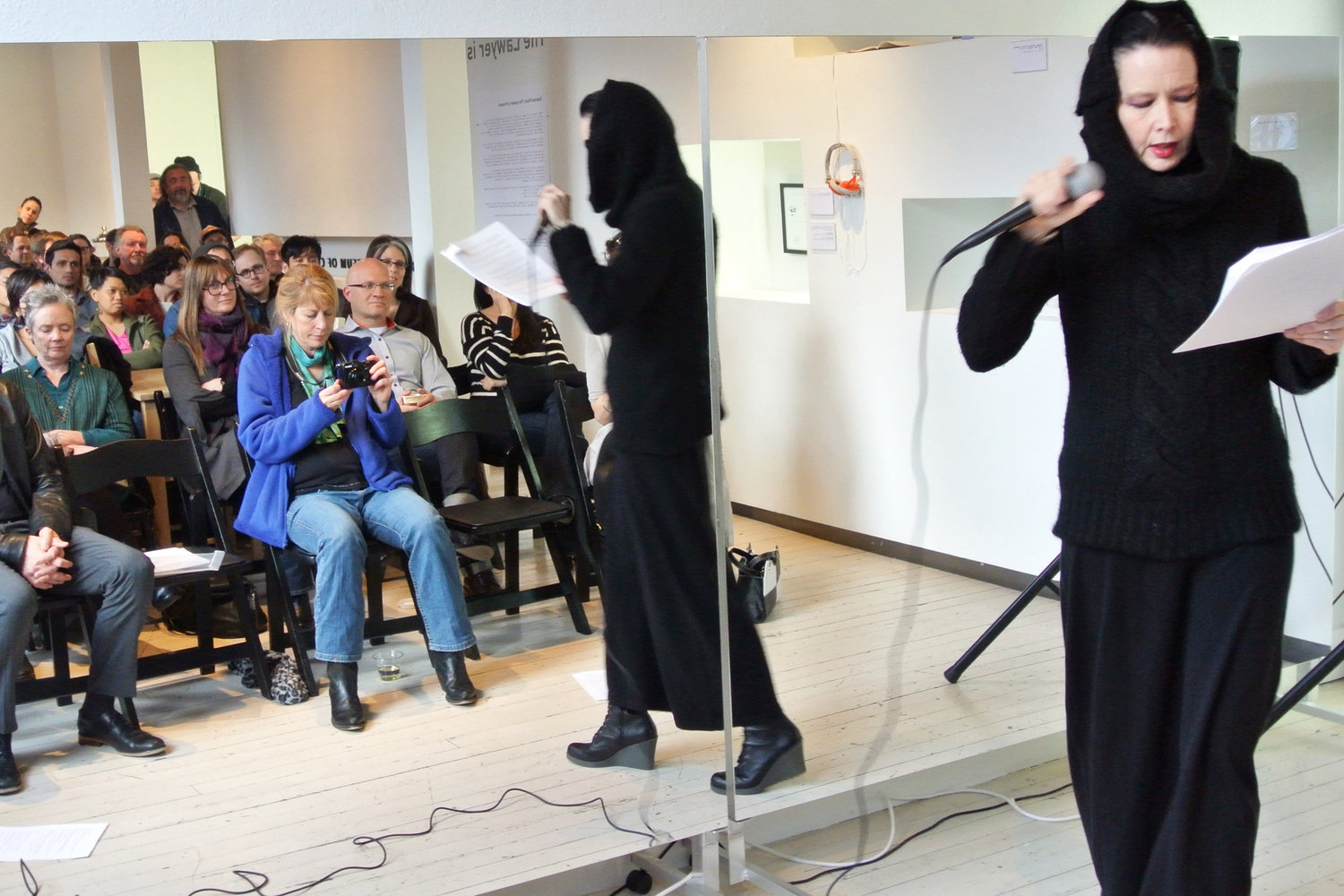 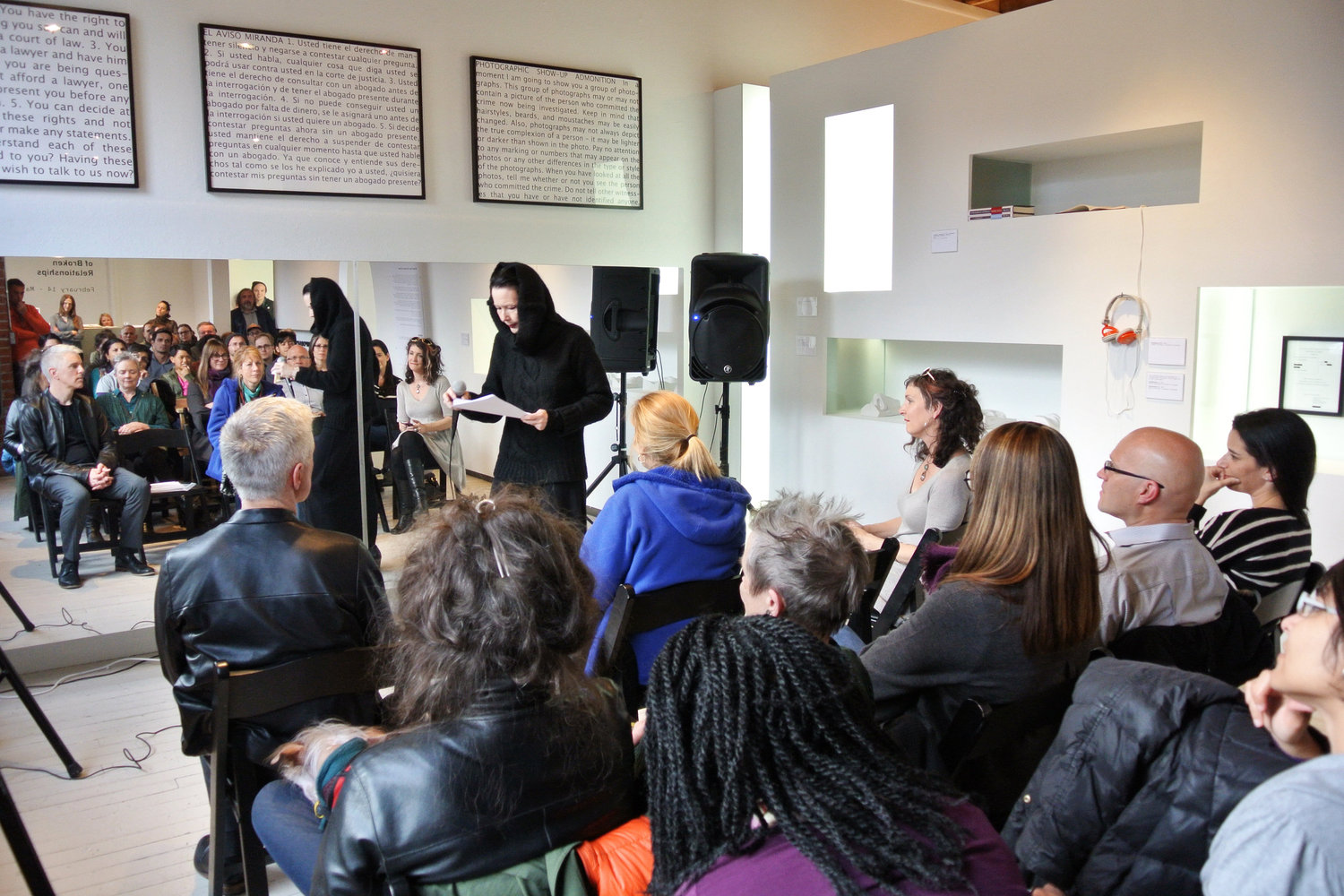 A guilty conscience needs to confess. A work of art is a confession. -Albert Camus

The Lawyer is Present celebrates the act of confession. BMoCA visitors were invited to listen to the confessions of others and share their own transgressions with artist and criminal defense attorney Vanessa Place. The accompanying exhibition included Place’s works about listening and telling in the court and in the museum.

What do courtrooms and museums have in common? They are often thought of as sites where truths and facts are revealed – about crimes and about the inner lives of artists and their publics. Artist and criminal defense attorney Vanessa Place’s BMoCA exhibition focuses on confession’s role in legal and aesthetic revelation.

In The Lawyer Is Present, Place was in the museum daily to receive confessions in the Present Box. Admission to the Present Box was free, but confession comes at a price. Those who chose to confess to Place had the choice of either paying her hourly rate ($105/hour, the state-set rate for representing indigent felons on appeal in California) or donating the language of their confession to her. Place’s exhibition culminated in a performance of excerpts from donated confessions. All identifying information, such as names and addresses, were removed to preserve the confidentiality of the confessant.

Confessions can elicit a wide range of feelings; they can be troubling, and they can be exciting. By publicly performing the private language of confession, Place shifts the burdens and pleasures of listening from herself to her audience.

The Lawyer Is Present also included a selection of Place’s visual, text, and sound works related to confessional practices. Place’s exhibition invites visitors to reflect on the everyday acts of listening and telling – and to consider their relation to truth and redemption.

Vanessa Place is a Los Angeles-based artist, writer, and attorney. As a lawyer, Place represents indigent sex offenders on appeal. She has written a nonfiction book, The Guilt Project, about her work as a lawyer, and in her trilogy Tragodía, she removes identifying information from her appellate briefs and re-presents them as poetry. In 2012, Place was the first poet to perform in the Whitney Biennial. She will perform at the Museum of Modern Art in June 2013.