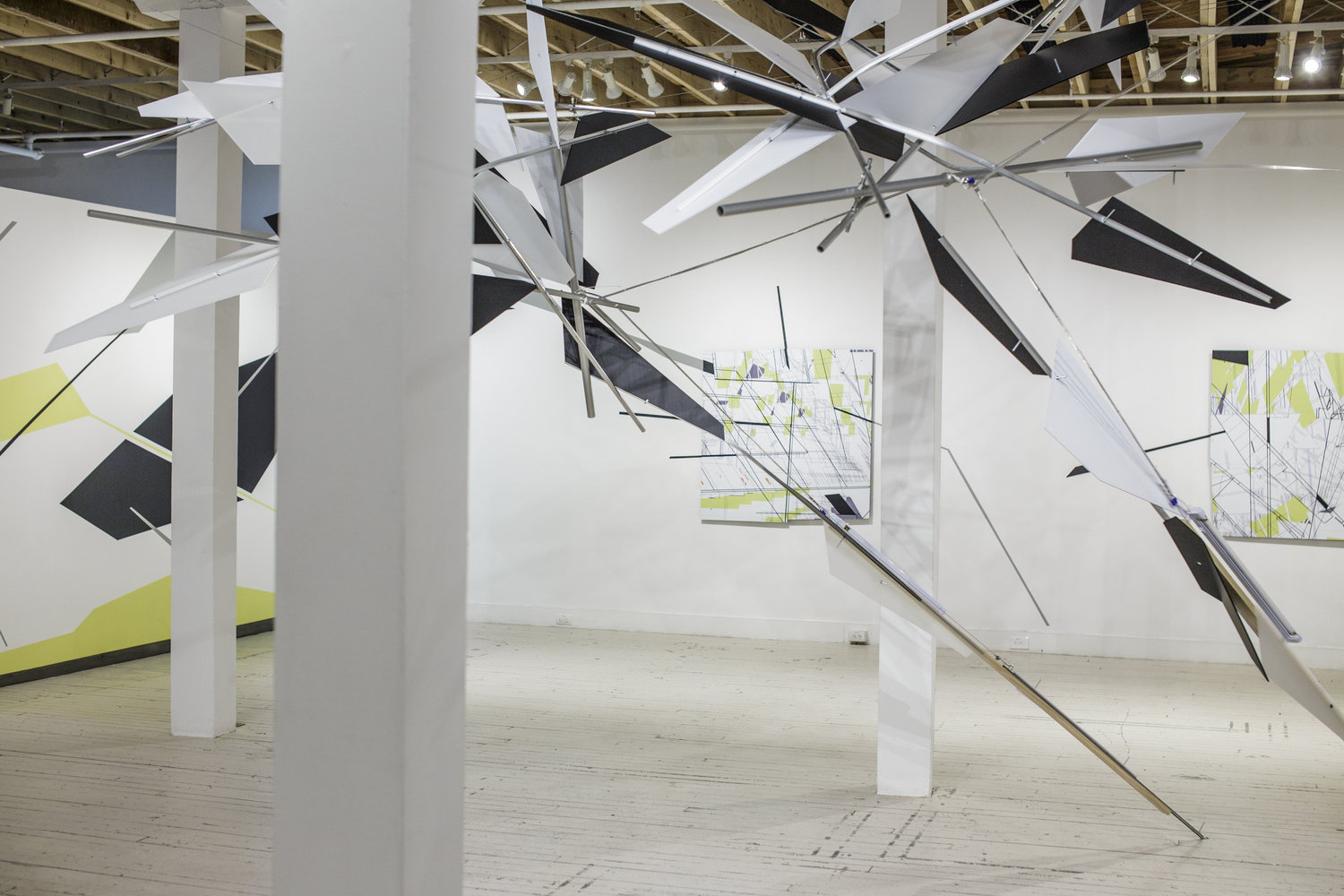 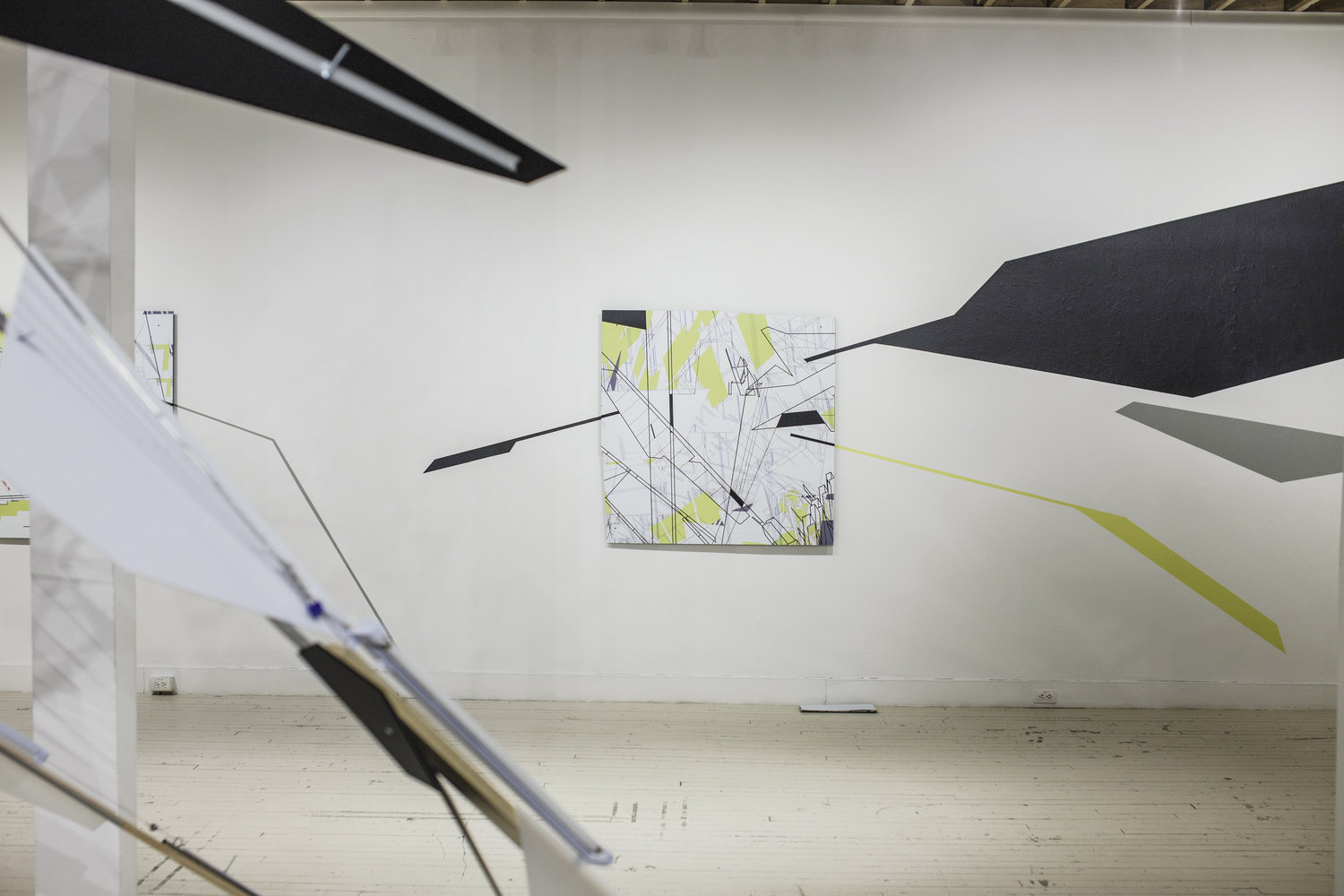 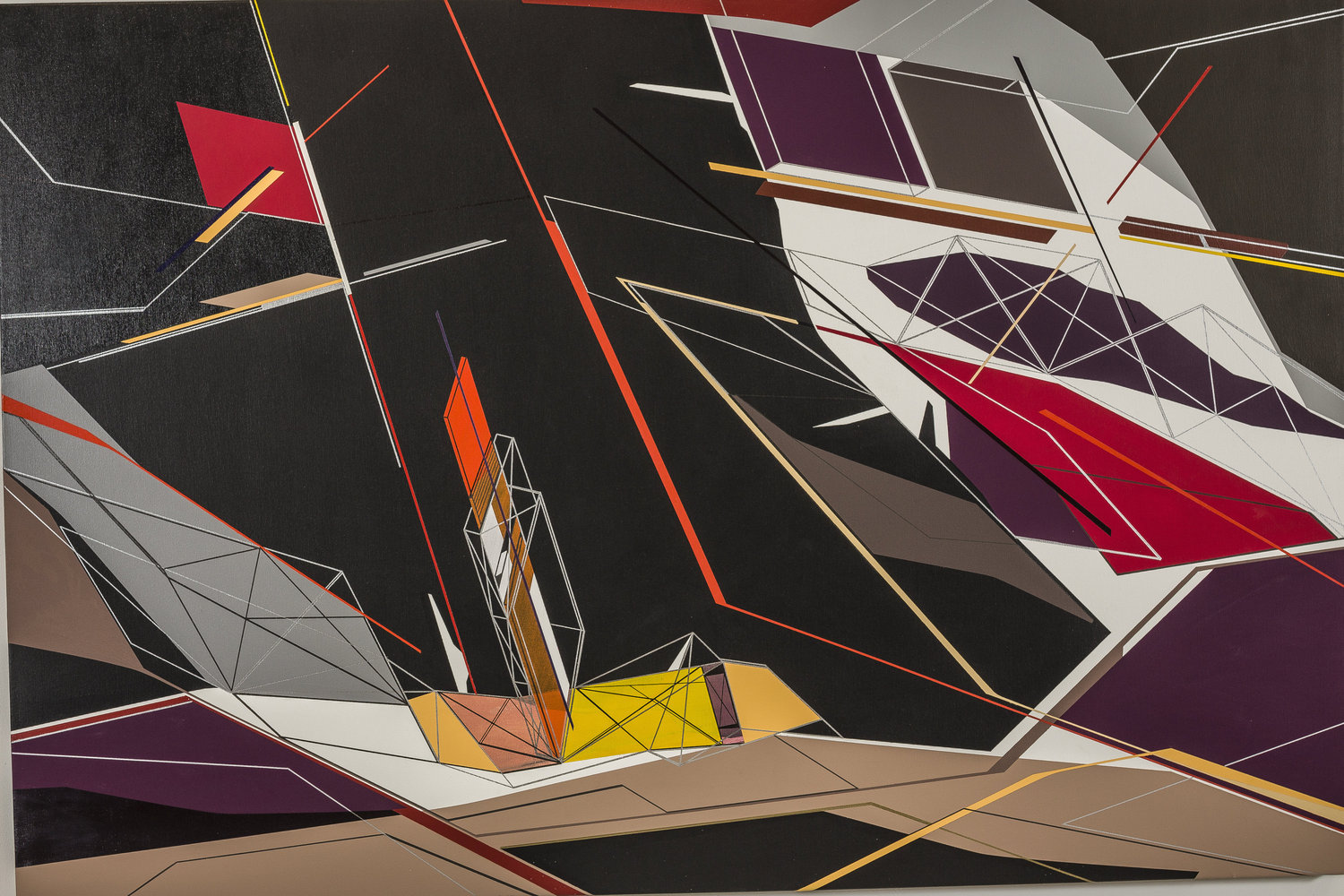 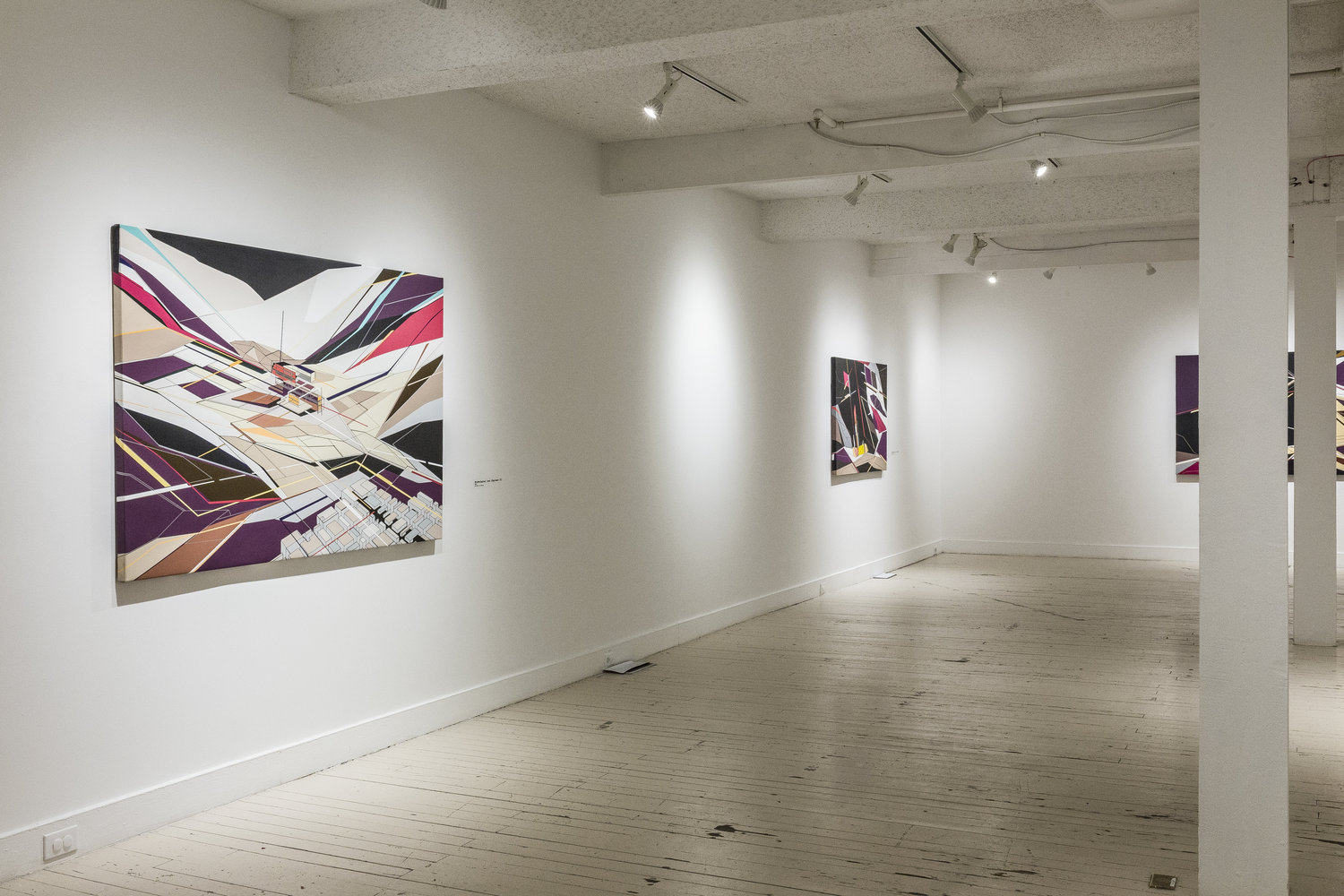 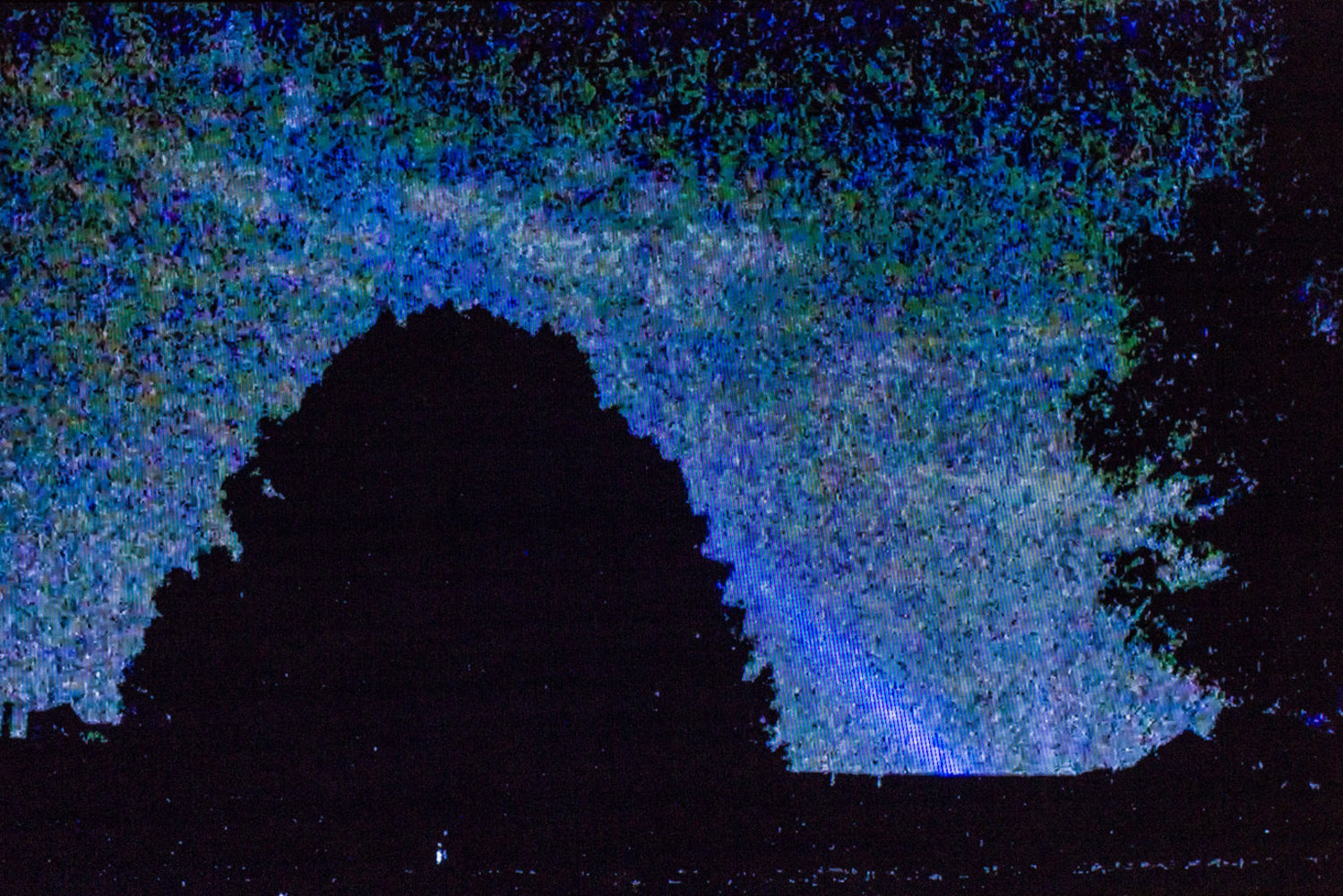 Anibal Catalan: The Land, The Space, The Square presented a series of site-specific installations, paintings, video works, drawings and digital prints by Mexico City-based artist Anibal Catalan. Trained as an architect, Catalan creates new spaces using a variety of artistic methods and media. Stimulating dialogue between different media, he combines environments that exist amid two and three dimensionalities. Catalan redefines, or more appropriately, dissolves conventional notions of interior and exterior spaces. His works are unorthodox manifestations of architectural ideas oscillating between metaphysical explorations of urban space and real concern for environments we inhabit.

Catalan cites the 20th-century Russian avant-garde movements of Suprematism and Constructivism as important influences on his work. He adopts different aspects of each movement’s visual language and utopian sentimentalities through his integration of architecture, design and art. The title of the exhibition, The Land, The Space, The Square, is a specific reference to Suprematism—an abstract movement that utilized basic geometric forms and a limited color palette to emphasize pure artistic feeling over the visual depiction of an object. “The Square” is a direct reference to Russian artist Kazimir Malevich’s famous paintings of squares created in the early 20th century.

To accompany this new series of paintings, Catalan created a large wall painting that spanned the West Gallery. Using acrylic paint, he invents architectural landscapes on various surfaces. Bold color constrains and expands the spaces of the wall or canvas. The wall painting becomes a backdrop for the large sculptural installation that hangs between the columns of the main gallery. Made from industrial materials and fluorescent lights, it becomes a three-dimensional extension of the wall painting. Fragmented geometric shapes build layers of flattened area with implied dimensionality, and materiality dissolves to liberate the space. The viewer was invited into a shifting construction—one that is not closed or strictly defined, but open to multiple perspectives and interpretations.