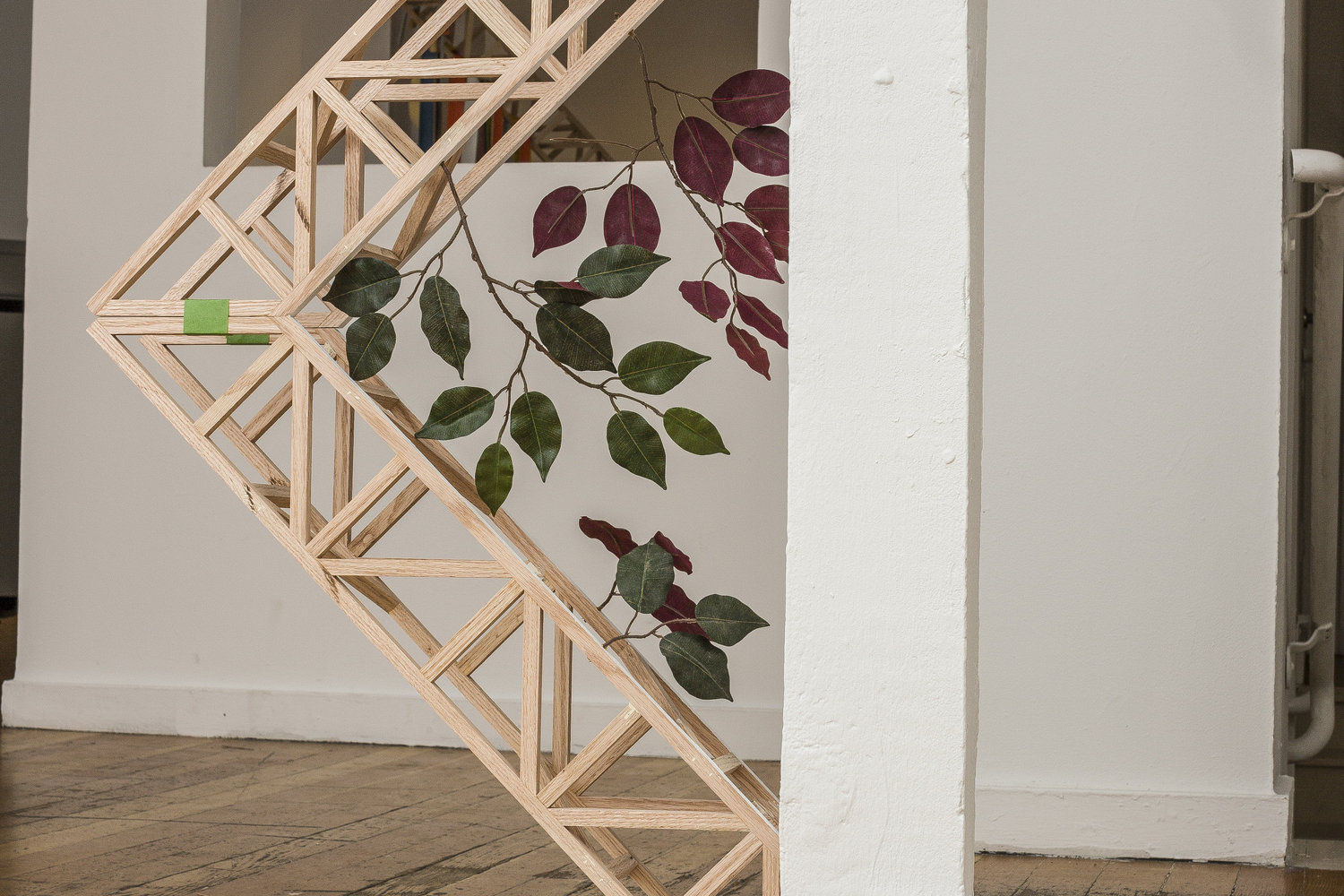 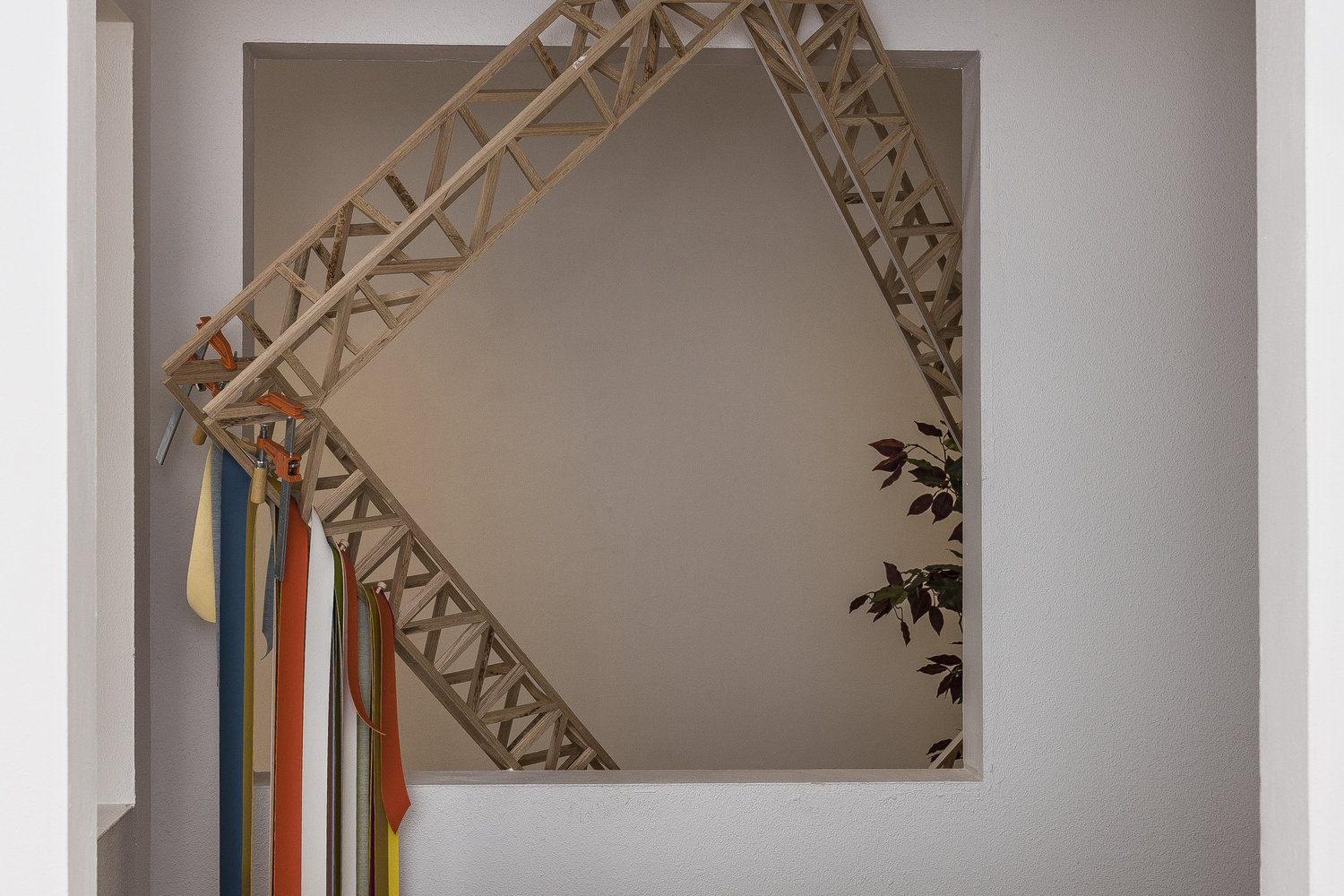 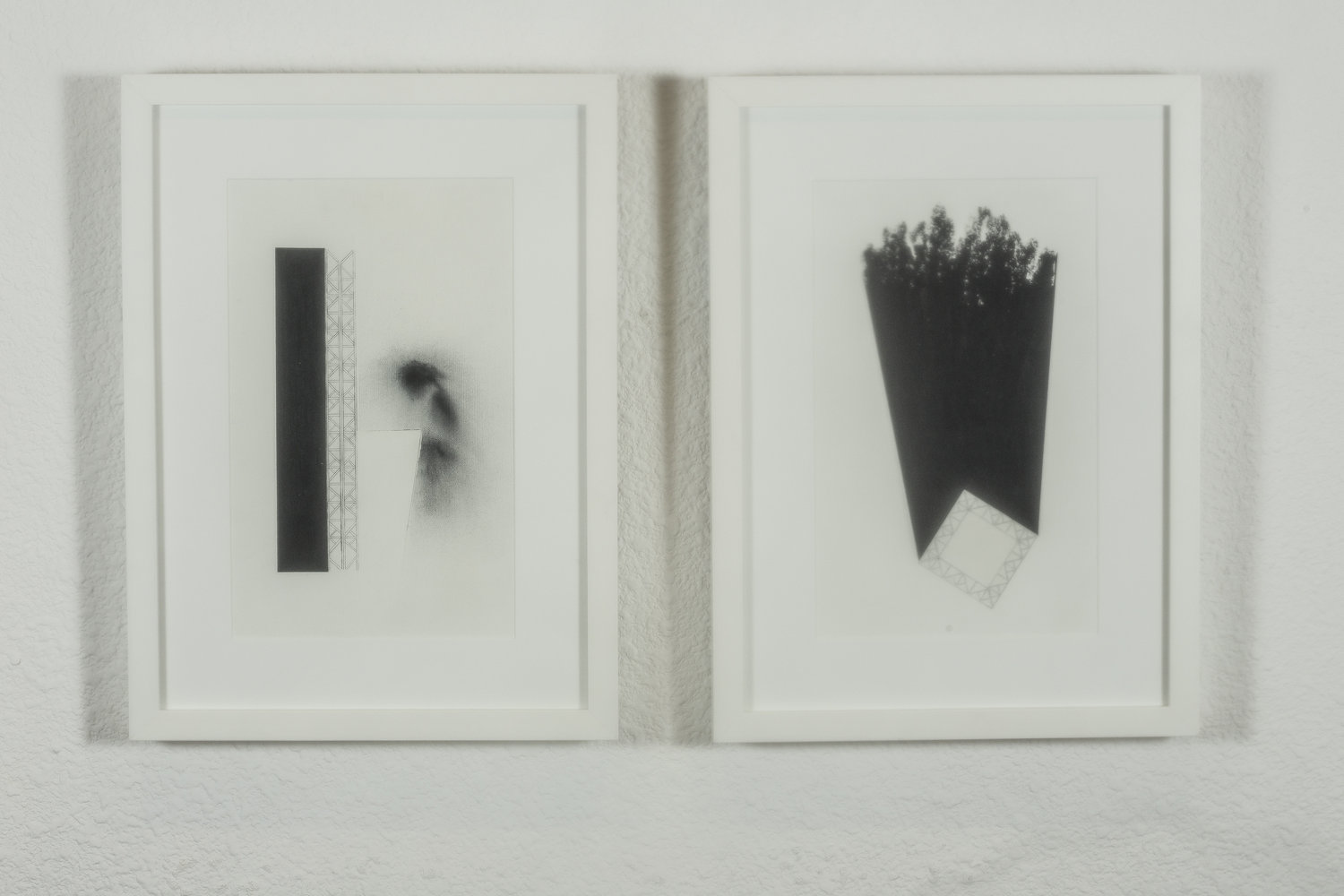 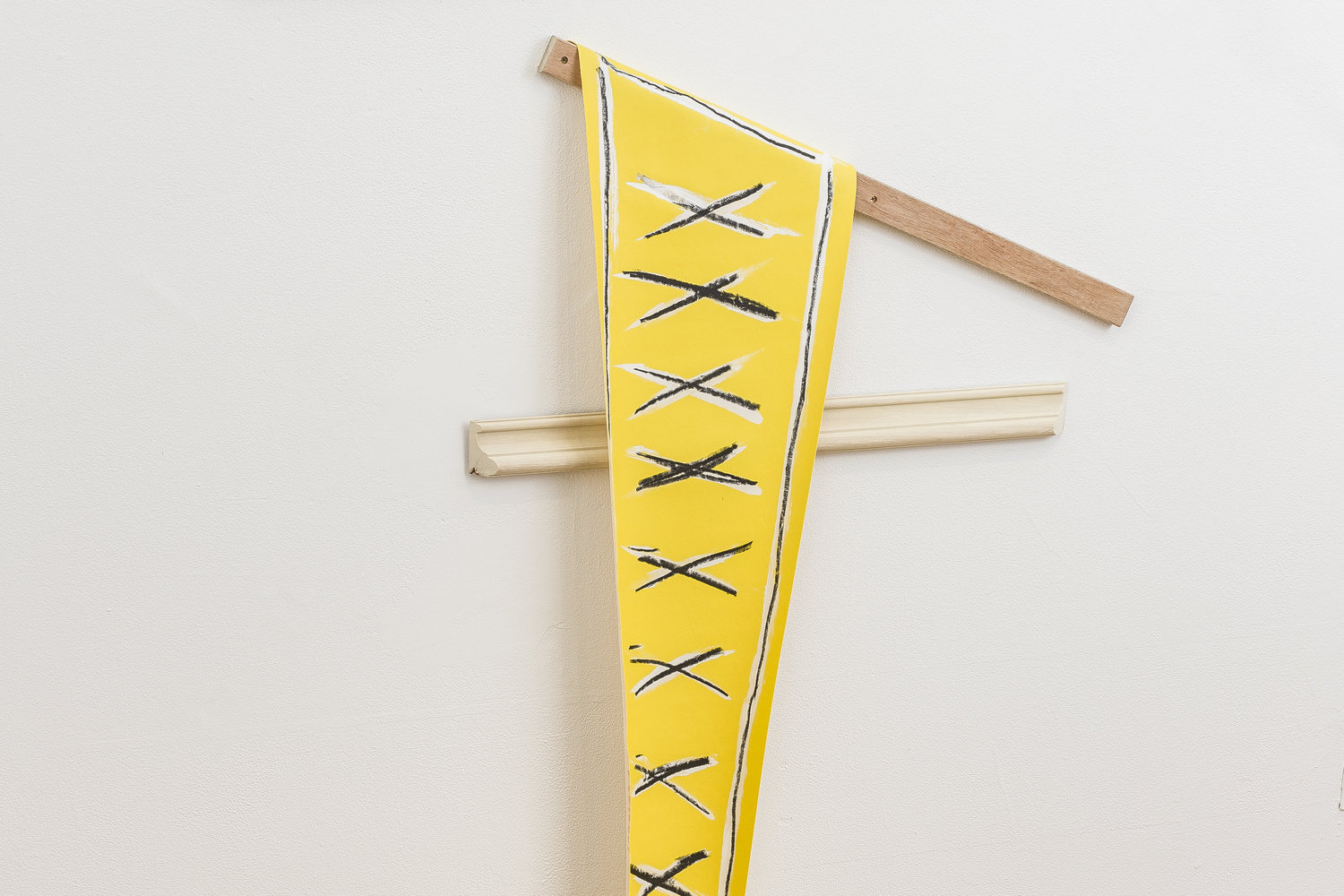 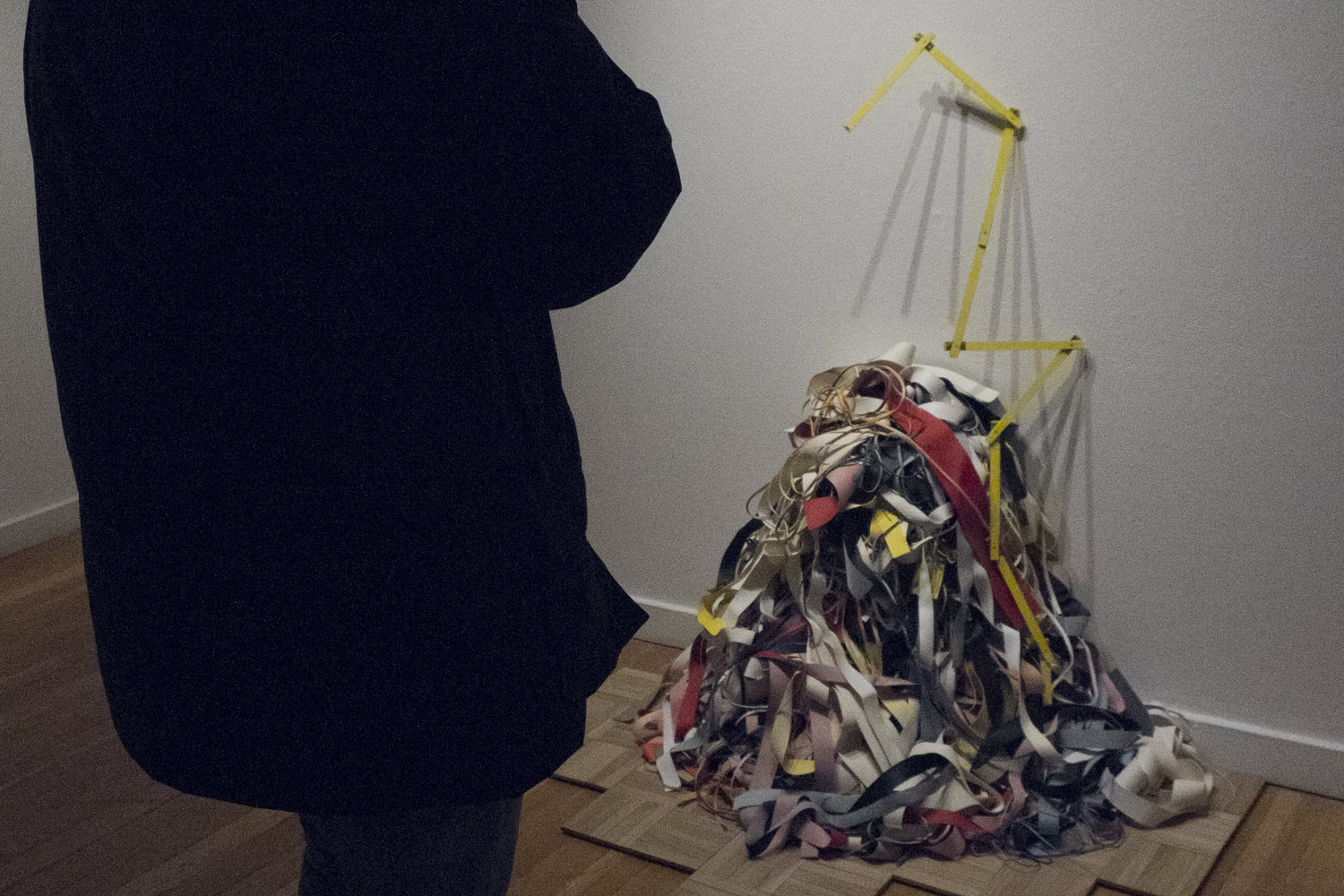 Derrick Velasquez: A Language of Structure presented a new body of work by Denver-based artist Derrick Velasquez. A multi-disciplinary artist who works in a variety of media, Velasquez embraces a Post-Minimalist aesthetic and pushes the limits of material, space, and architecture. He is attracted to industrially designed and produced materials such as 2×4s, Masonite, acrylic, and hard wood, and is well-known for his marine vinyl wall pieces. For this exhibition, Velasquez focused on a new investigation of forms and structures that probe the physical and psychological relationships we have to materials. The work calls attention to “A Language of Structure” in our everyday life—structure articulated through a vernacular of manufactured materials and architecture that shape our experience of the world, yet are so familiar they are often overlooked.

Using forces like gravity, wind, or pressure to test the physical limitations of a material, Velasquez adopts an approach that is similar to that of an engineer or architect. Yet, unlike either, he is not interested in the functional capacity of a material. Rather, he aims to apprehend new purpose and function—function that often follows form. His practice can be viewed as an exploration and exploitation of material potential. Through his works, he seeks to understand the following question: at what point in the manipulation of a material does our relationship to it change? Finding that breaking point is what gives life to his work. His finished products provoke a sense of ordered chaos. Whether the work is a precarious balance of colorful marine vinyl or a charcoal-blown drawing, our sense of weight, gravity, or structural stability is purposely disrupted. No matter how neatly assembled, the works are never balanced.

Derrick Velazquez
Derrick Velazquez was born in 1982 in Lodi, California. He currently lives and works in Denver, Colorado. He received his BA in Studio Art at the University of California, Santa Barbara in 2004 and his MFA in Sculpture from Ohio State University in 2008. Velasquez is a founding member and co-manager at TANK Studios and Adjunct Professor at Metropolitan State University of Denver. His work has been exhibited nationwide. In 2013 he had a solo show at Volta Art Fair in New York City and was included in group shows at the New Mexico Museum of Fine Art in Santa Fe and the Arvada Center for the Arts in Colorado. He currently has a solo exhibition, Out of Line, at Robischon Gallery from January 30 – March 8, 2014. He is also included in two group shows: Everyone’s Time Is Their Own (January 18 – February 22, 2014) at Alter Space in San Francisco, and Raw to Refined: String, Tape, Sponge and Vinyl (January 14 – March 21, 2014) at Drexel University in Philadelphia. A Language of Structure is the first solo museum exhibition of Derrick Velasquez’s work.