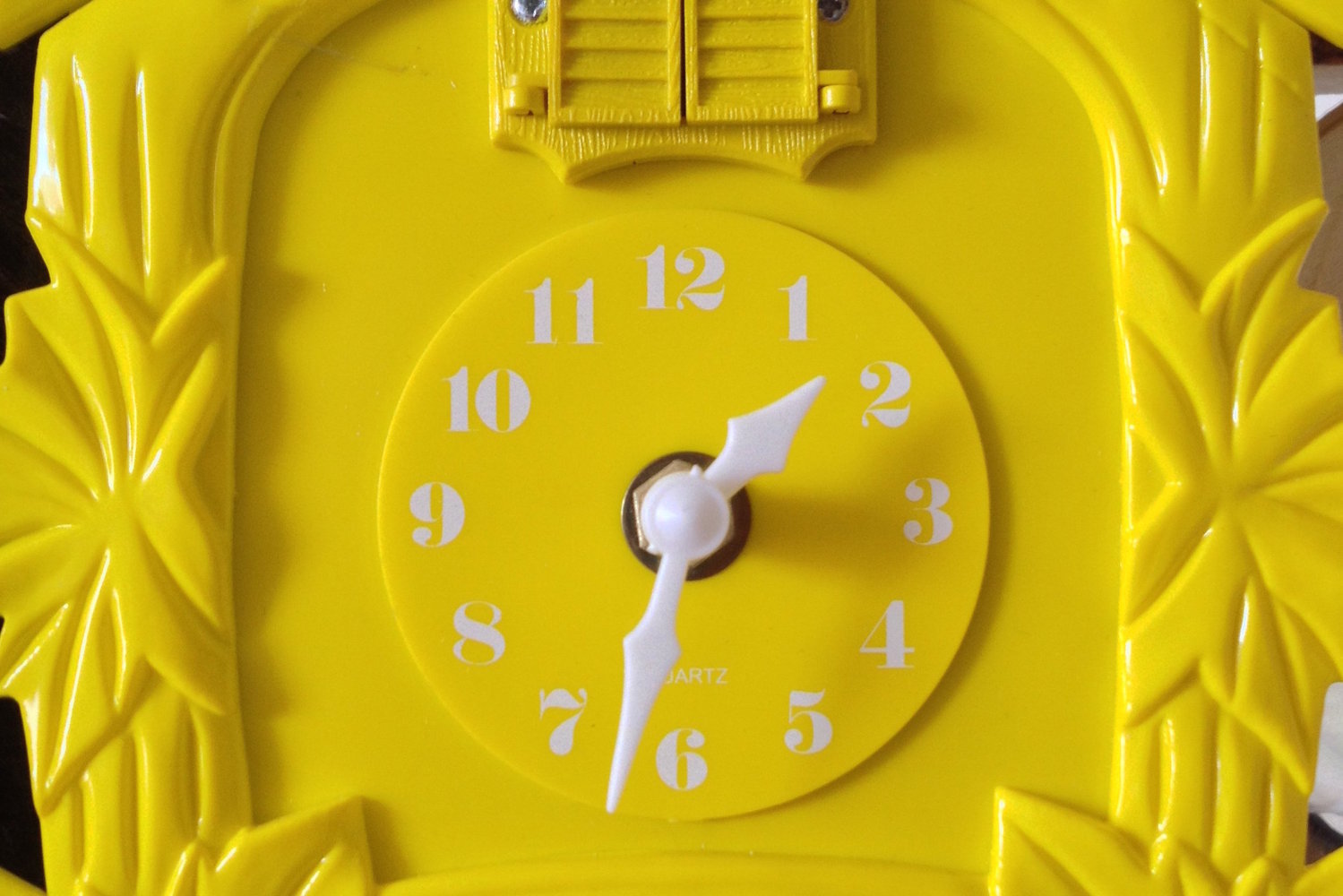 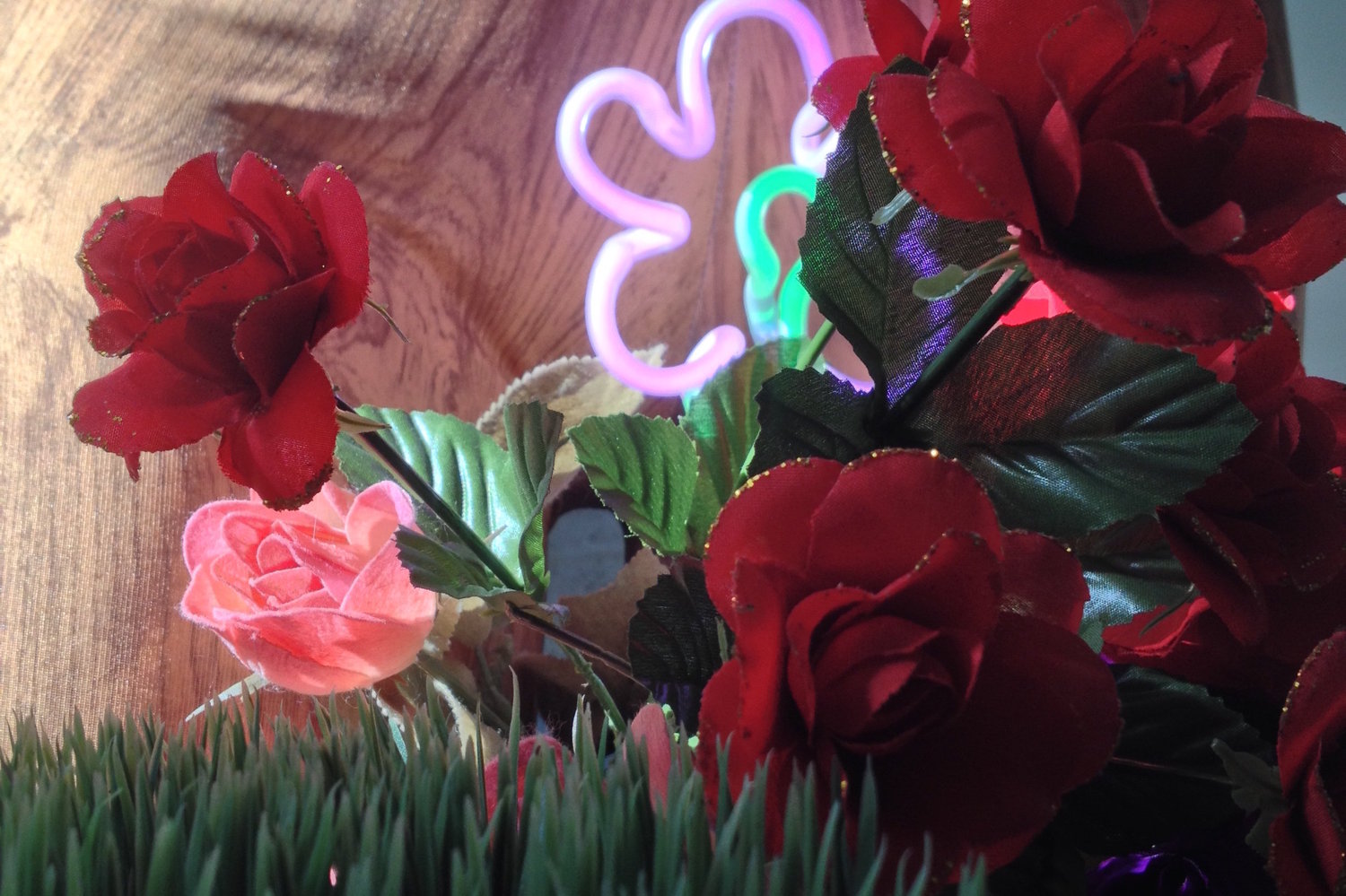 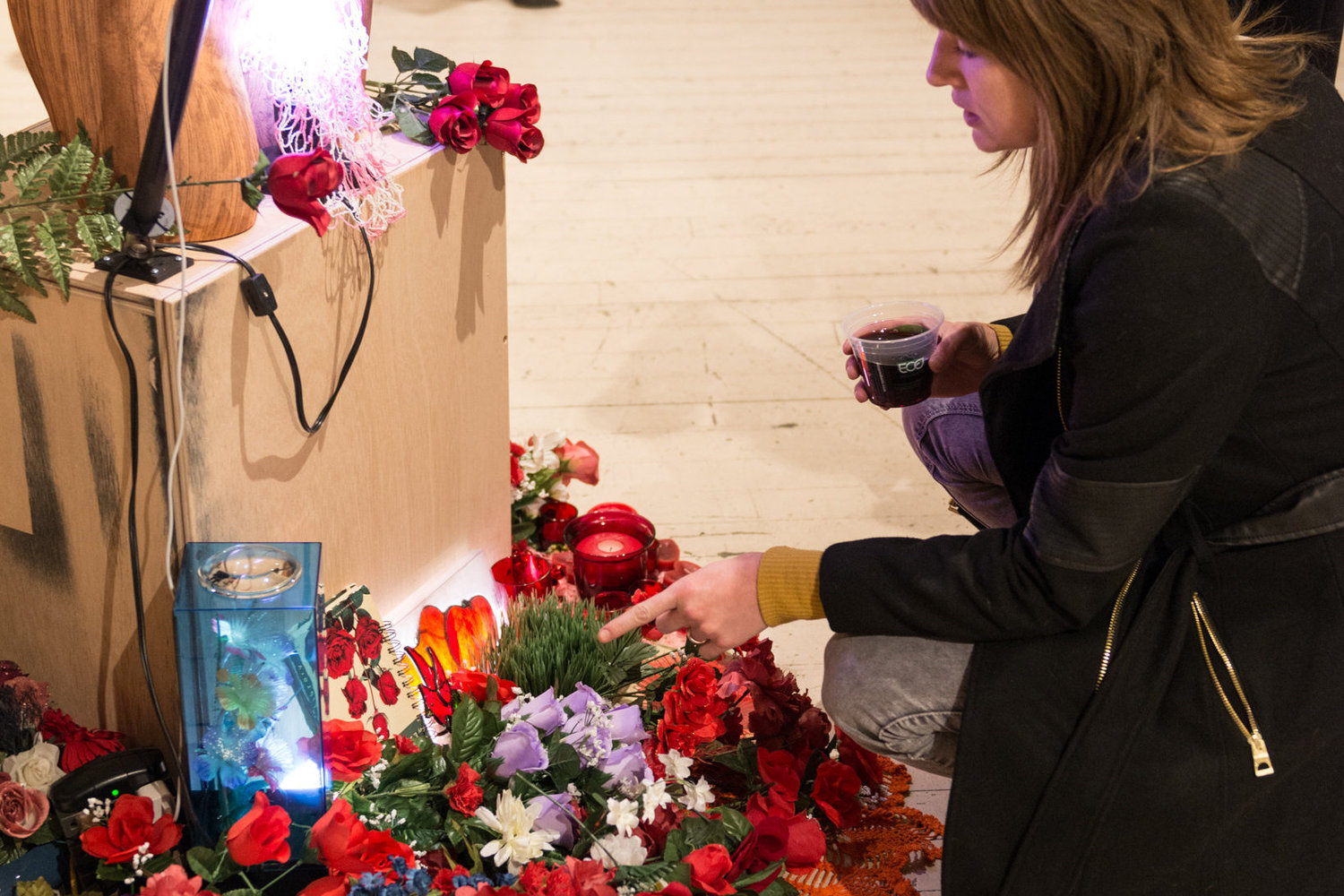 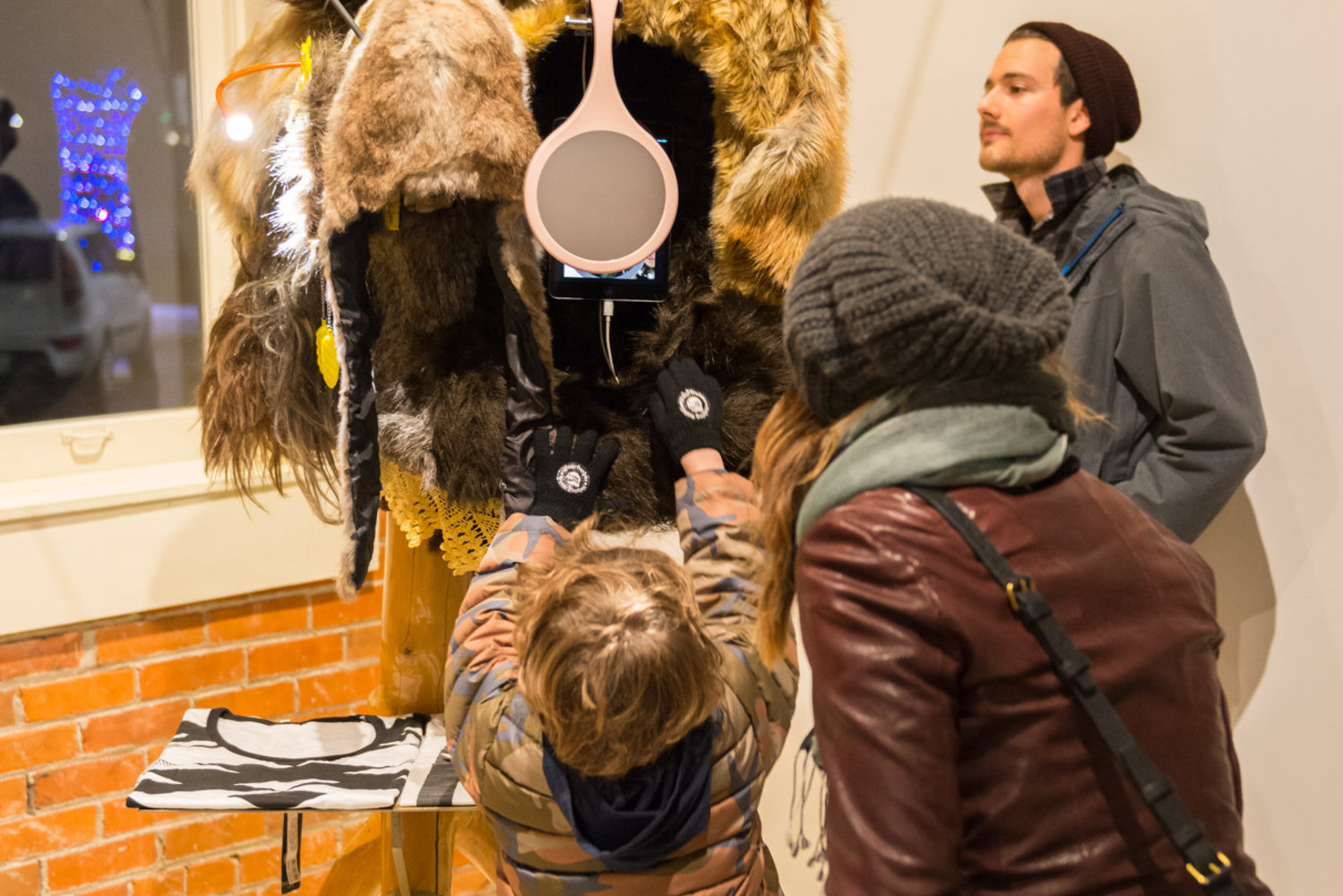 Donald Fodness has an interdisciplinary practice that includes drawing, sculpture, furniture, and installation. He earned a BA degree in Art History from the University of Illinois at Urbana- Champaign and an MFA in Painting from the University of Colorado at Boulder. He has exhibited his drawings internationally, and has created site-specific installations for Denver Art Museum, BMoCA, The Gallery of Contemporary Art in Colorado Springs, two Biennial of the Americas, and Harmony Hammond’s Material Engagements at Redline.

Echo & Narcissus
According to classical Roman mythology, Echo was a beautiful wood
nymph who was fond of talking and always had the last word. After
deceiving the goddess Hera, Echo was cursed to only be able to
repeat the sounds and last words of others—giving her the last
word but no power to speak first. One day she spotted and fell in
love with Narcissus. He was a beautiful creature loved by many,
but he loved no one. Unable to speak to him, Echo often waited
in the woods to see Narcissus. One day he heard her footsteps
and called out “Who’s here?” Echo replied “Here!” Narcissus
called again “Come”, Echo replied “Come!”. Narcissus called once
more “Why do you shun me?… Let us join one another.” Echo was
overjoyed, and unable to tell him who she was, she ran towards
him and threw herself upon him. Narcissus became angry and pushed
her away. Ashamed and heartbroken, Echo ran away to live in the
mountains yearning for a love that would never be returned. The
grief killed her. Her body became one with the mountain, and all
that remained was her voice, which replied in kind when others
spoke.

Narcissus continued to attract many nymphs, all of whom he briefly
entertained before scorning and refusing them. The gods grew
tired of his behavior and cursed Narcissus. They made it so there
was only one whom he would love, someone who was not real and
could never love him back. One day while hunting Narcissus came
upon a pool of water. As he bent down to drink the water, he did
not recognize his own reflection and was immediately enamored.
He tried to grab the image but couldn’t, which made him more
infatuated with himself. He called to the gods asking why he was
being denied this love. Crazy with love, Narcissus stayed by
the side of the water and wasted away. Echo returned to see him
wasting away. She mourned, and as he said his farewell to the
reflection, she echoed his words. Narcissus like Echo died with
grief. His body disappeared, and where his body once lay a flower
grew in its place.

In Donald Fodness’s Present Box exhibition, #fool$pool, three
isolated figures resemble twisted, even grotesque mannequins.
The nature of their placement, more akin to a retail shop than
sculpture in a museum, provokes the inward gaze from the outside
passerby. From the outside, the scene presents these figures
as isolated from each other and from the viewer. The figures,
built from found objects, are almost familiar but ultimately
foreign. Objects such as cuckoo clocks, hats, lamps, and iPads are
highlighted as functional and identifiable objects, yet utilized
in bizarre ways. As we linger, we might start to see a dialogue
between them, an awkward triangulated narrative created by their
physical positioning. Two of the figures hold iPads with the
camera turned to “selfie” mode. The camera is activated by the
motion of the viewer and the motion of time signaled by the cuckoo
clocks. When entering the space, visitors not only trigger the
camera but also “photo-bomb” the characters’ “selfies.” Included
in their photos, we become part of their scene and start to
realize our desire to understand the characters reflects our own
search for self.

The characters have been inspired by the classical Greek and Roman
myth of Narcissus (acted out by the larger figure covered with
fur) and Echo (the smaller, multi-eyed figure). A third character,
the dunce, lurks in the corner and looks at us, yet we are unable
to see what he sees. The installation asks us to to rethink
lessons from the ancient myth within the context of our current
cultural obsession with social media, online communication, and
our own images. Today, social media platforms, such as Facebook,
Twitter, and Instagram, have altered the way we interact with each
other and the world around us. Our online profiles have become
an ethos of presence, filtered squares, controlled snippets of
moments and memories that engage virtual interactions fueled by
ego. As a culture we have created our own pools to fall through.
The forwarded-facing cameras on our phones and tablets, and apps
such as Instagram celebrate and enable narcissistic tendencies.
The “selfie”, an image that one takes of oneself with the intended
purpose of posting to an online social media platform, displays a
fixation with one’s reflection, similar to Narcissus. Likewise, we
should be aware that our interactions with one another do not fuel
a detached communication, like that of an echo. Clicking “like”
and commenting on each other’s images is more of an echo of what a
selfie wants to hear than a true reflection of a friendship.

#fool$pool is many things, but it is primarily a reflection of
age old questions and lessons that we must naturally revisit and
relearn. Condensing the visual noise of our socially mediated
world into humorous and poetic works, Fodness highlights the
pervasive and escalating influence that virtual spaces such as
Instagram have on our perception of ourselves and the world around
us. Fodness further reminds us that our search for self is not
something located in or expressed by a physical work, but rather
it is internal, a spiritual component of our being that cannot
always be projected onto a shared reality.

About Present Box
Present Box is a series of temporary exhibitions that invite artists
to transform BMoCA’s lobby and front entrance into innovative
installations, performances, and events that last two weeks. Presented
three times a year, the site-specific projects are intended to
encourage artists to create work outside their comfort zone and
to foster interactive participation. The exhibitions encourage
experimentation and urge artists to test ideas and explore different
approaches. Present Box exhibitions are always free and open to the
public.

About the Artist:
Donald Fodness earned a BA degree in Art History from the University of Illinois at Urbana Champaign and an MFA in Painting from the University of Colorado at Boulder. Fodness has an interdisciplinary practice that includes drawing, sculpture, furniture and installation. His drawings have been exhibited nationally and internationally. Regionally he has created site specific installations for the Denver Art Museum, The Boulder Museum of Contemporary Art, The Gallery of Contemporary Art in Colorado Springs, two Biennial of the Americas, and Harmony Hammond’s Material Engagements at Redline. His work has been published in New American Paintings, Sculpture Magazine, Yahoo home page, Found Magazine, The Creators Project, and art LTD.

Fodness is an active community member, curator, and collaborator with The Flying OHNO Twins and The DMB Collective. He co founded Showpen Residency, is a founding member of Hyperlink, and is an Artnaut. He has served as an educator at the college level for nearly seven years at various institutions including University of Denver, Rocky Mountain College of Art and Design, and Metro State University of Denver.