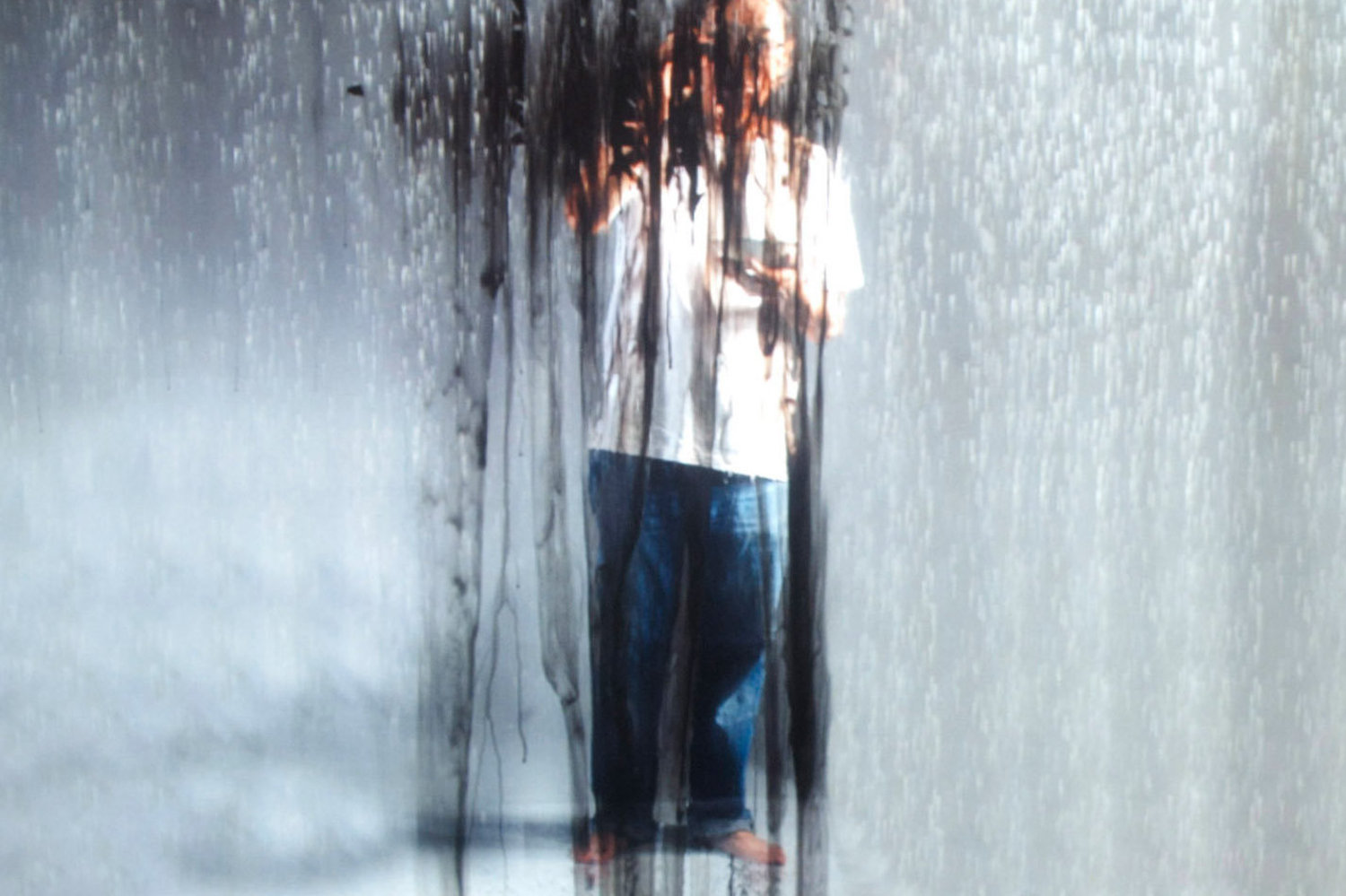 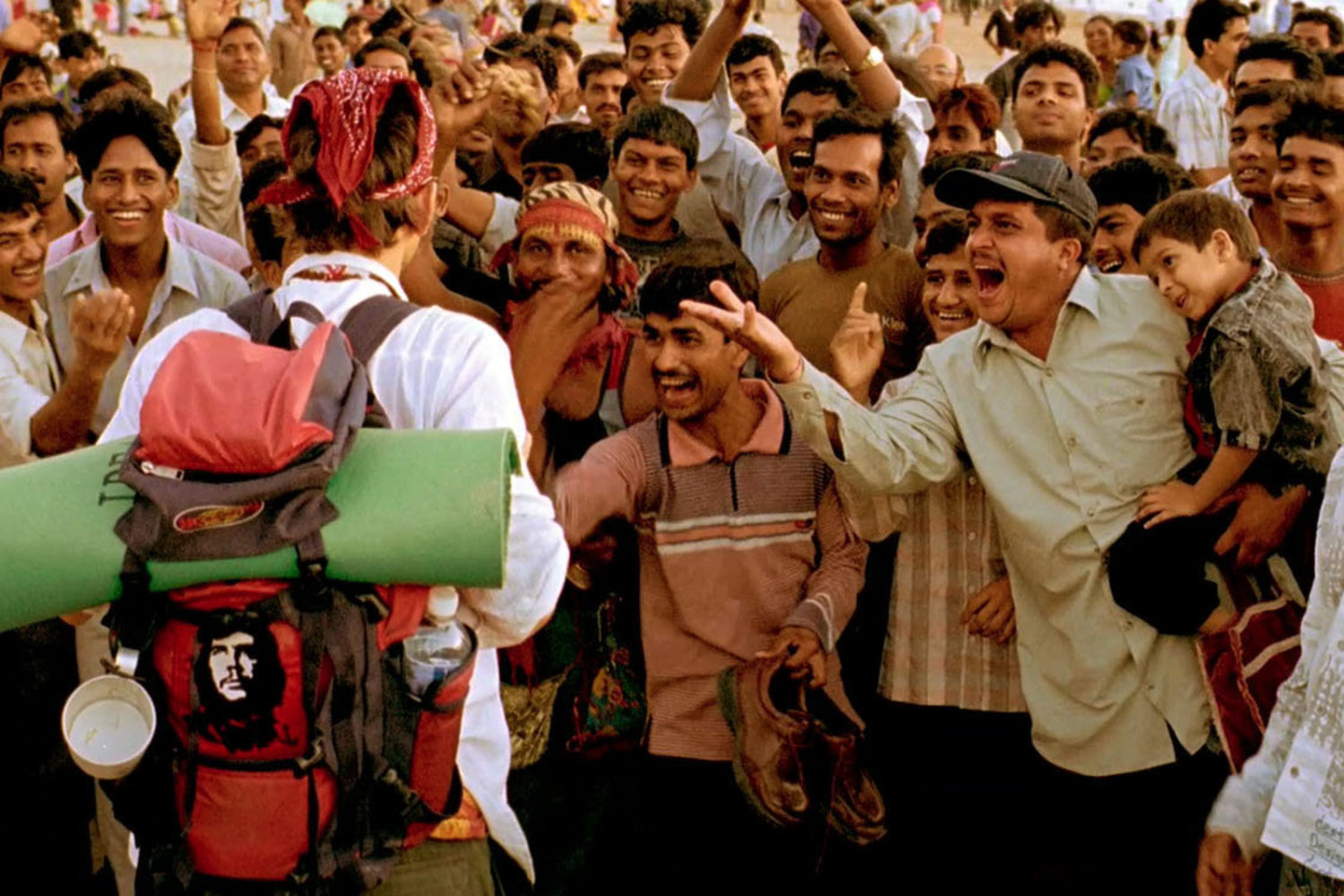 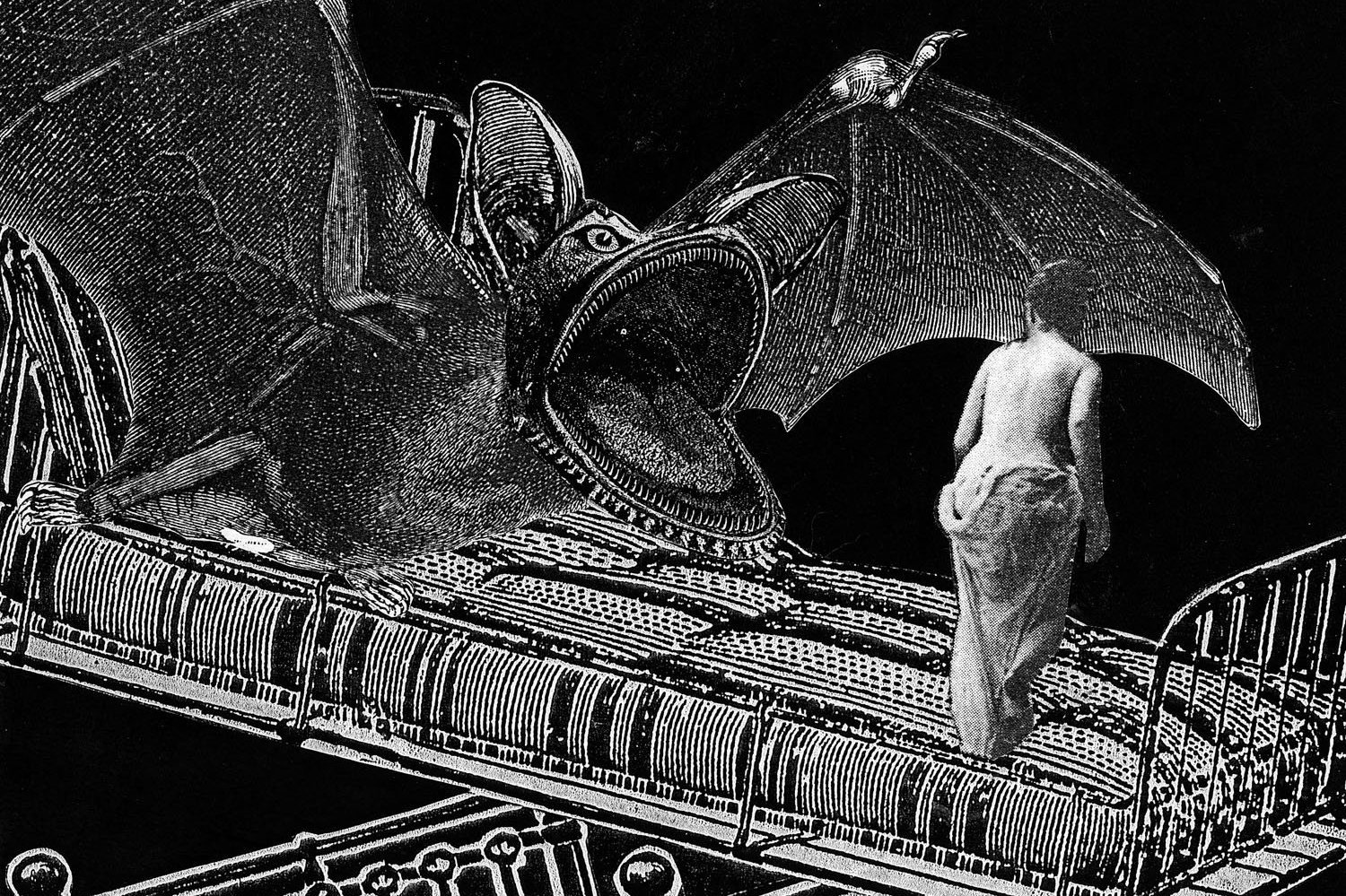 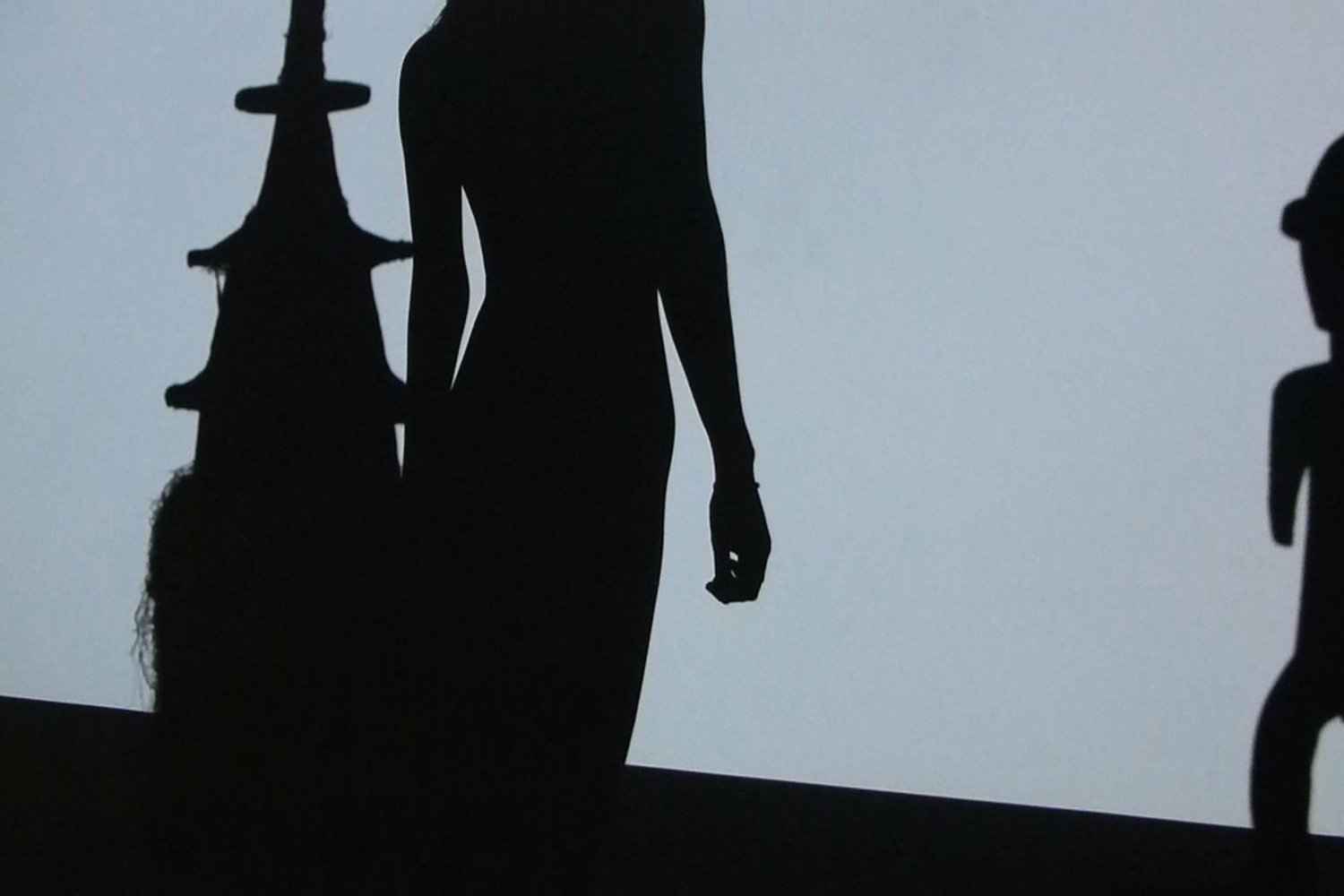 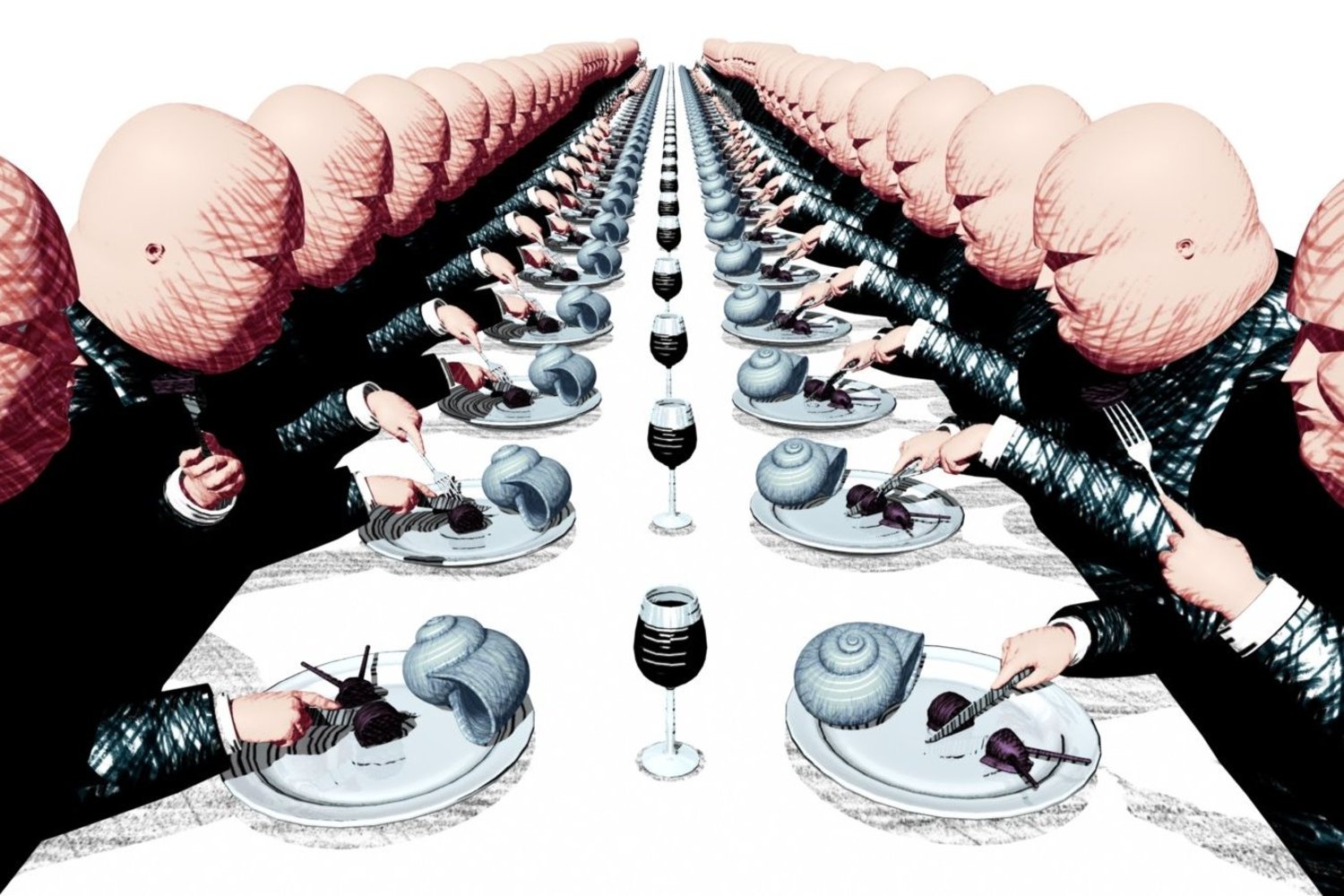 Varied in style and subject matter, the works in this exhibition have been selected from Collection (Anonymous), a private collection of international contemporary art with a thoughtful emphasis on new media. The exhibition is a rotation of perceived realities by six artists who employ the power of imagery, memory, and allegory to negotiate complex personal and cultural identities, some more meditative and dreamlike, while others more strongly extant social commentary.

Writing in the Rain presents the artist repeatedly writing his name in Chinese characters on a transparent wall. The artist is hidden as brushed ink becomes more dense with each gesture until rain pours and slowly washes his names away. Despite the water making it impossible for his name to stay, he continues to write. Through the work, Harsono seeks to reconcile his own complex cultural and personal identity as an Indonesian of Chinese descent. It is a meditative exploration and a commentary on the political and social oppression of the ethnic Chinese minority in Indonesia forced to forsake their language, traditions, and names for Indonesian customs. Writing in the Rain is a reflection on loss, impermanence,and dedication.

FX Harsono (b. 1949, East Java, Indonesia) studied painting at the Academy of Fine Arts at the College of Indonesian Art and at the Jakarta Art Institute. Harsono has worked in video, installation, painting and performance. His work has been shown in a number of museum exhibitions in Asia, Australia, North America, and Europe, including a major retrospective, FX Harsono: Testimonies, presented at the Singapore Art Museum (2010).

Three Arrangements… is a three-part series that features a performer and her silhouette in front of various projections. The performer’s form is covered, illuminated, and ultimately revealed by the projected images as the corresponding cello score reacts to the morphing images. Three Arrangements… examines concepts of performance, looping imagery, and perceived reality. The play of light and shadow parallels the world of Plato’s cave.

Shezad Dawood (b. 1974, London, England) holds a BA from Central St Martin’s College of Art & Design and an MA from the Royal College of Art, both in London. Dawood works in video, painting, sculpture, and installation to negotiate his diverse cultural heritage and tell non-linear stories that draw from various times and places. His work has been exhibited at international venues including The Barcelona Museum of Contemporary Art, Spain (2014); Sharjah Art Foundation in the United Arab Emirates (2013); Modern Art Oxford, England (2012); Busan Biennale, South Korea (2010); Altermodern at Tate Britain, London (2009); and the 53rd Venice Biennale, Italy (2009).

In Lonely Planet, the viewer finds the artist taking on the trope of Western backpacker meandering through India. He wanders through Western clichés of Indian landscapes   ritual bathing in the Ganges, crowds doused in Holi festival colors, streets lined with rickshaws and cattle. These images are contrasted with scenes from a sterile call center and a polished Bollywood set. Lonely Planet depicts a false reality thick with layers of cultural stereotypes where the traveler/artist searches for validation.

Julian Rosefeldt (b. 1965, Munich, Germany) lives and works in Berlin, Germany. Rosefeldt works in film, video, and photography often examine the distance between self and perceived reality. His work has been exhibited internationally, including a solo exhibition at the Australian Centre for Moving Image, Melbourne (2015) and a photography exhibition at Tate Modern, London (2014). Rosefeldt’s work is represented in collections such as The Museum of Modern Art, New York and the Goetz Collection, Munich. Lonely Planet was awarded the Filmstiftung NRW Award in the international competition of the KunstFilmBiennale Köln, Germany (2007), and was shown at the Centre Georges Pompidou in Paris, France (2009).

An innovative satire, Les Ventres “The Bellies” is a critical commentary on the current state of food and industry. Round men gorge themselves in a world that has been polluted by agribusiness and scientific experimentation. The mix of cross hatch shading with 3D computer animation creates a visual feast that is dark, humorous, and ultimately a grave warning to us all.

Philippe Grammaticopoulous (b. 1970, Brussels, Belgium) lives and works in Paris, France. Grammaticopoulous graduated in Fine Arts from the Saint Luc Art School in Brussels and from the digital animation school Supinfocom in Valenciennes, France. He has published graphic novels, illustrated for the French daily Le Monde.

Phantom Canyon was created from over 4,000 hand-made collages incorporating figures from English photographer Eadweard Muybridge’s Human and Animal Locomotion, first published in 1887. The poetic narrative follows a woman’s surreal passage through memories, invoking a dream state filled with yearning and wonder. At one moment the woman fights off insects with giant scissors, and in another, meets a man with bat wings in a 2D world filled with textures, books, fish, and mystery.

Stacey Steers (b. 1954, Denver, Colorado) is an experimental animator based in Boulder, Colorado. Her handmade animations are created frame by frame as she collages images collected from various sources and times in history. Steers’ animated short films have been screened at international venues including Sundance Film Festival (Utah), Telluride Film Festival (Colorado), New Directors New Films (New York), and the National Gallery of Art in Washington, D.C. Her installation work has been exhibited at the Corcoran Gallery of Art in Washington, D.C., Denver Art Museum, and The Hamburger Kunsthalle in Germany, among other venues. Steers is a recipient of major grants from the Guggenheim Foundation, Creative Capital, and the American Film Institute.

Blind is a frenetic video work that presents 24 film stills per second. The images, both color and black and white, are film stills from Stezaker’s extensive archive. As they flicker relentlessly, the viewer is inundated by intermittence, making it impossible to chronologically place or differentiate the scenes. The immersive experience presents a rapid version of film history provoking a sense of disorientation, curiosity, and awe.

John Stezaker (b. 1949, Worcester, England) is one of the leading artists in contemporary photographic collage and appropriation. After graduating from the Slade School of Art in London in the early 1970’s, Stezaker was among the first wave of British conceptual artists to react against the predominance of Pop Art. Stezaker’s work has been exhibited internationally and is represented in museum collections around the world such as The Museum of Modern Art, New York, and Tate Modern, London. In 2012, he was awarded the Deutsche Börse photography prize. Stezaker currently teaches Critical and Historical Studies at the Royal College of Art, London.