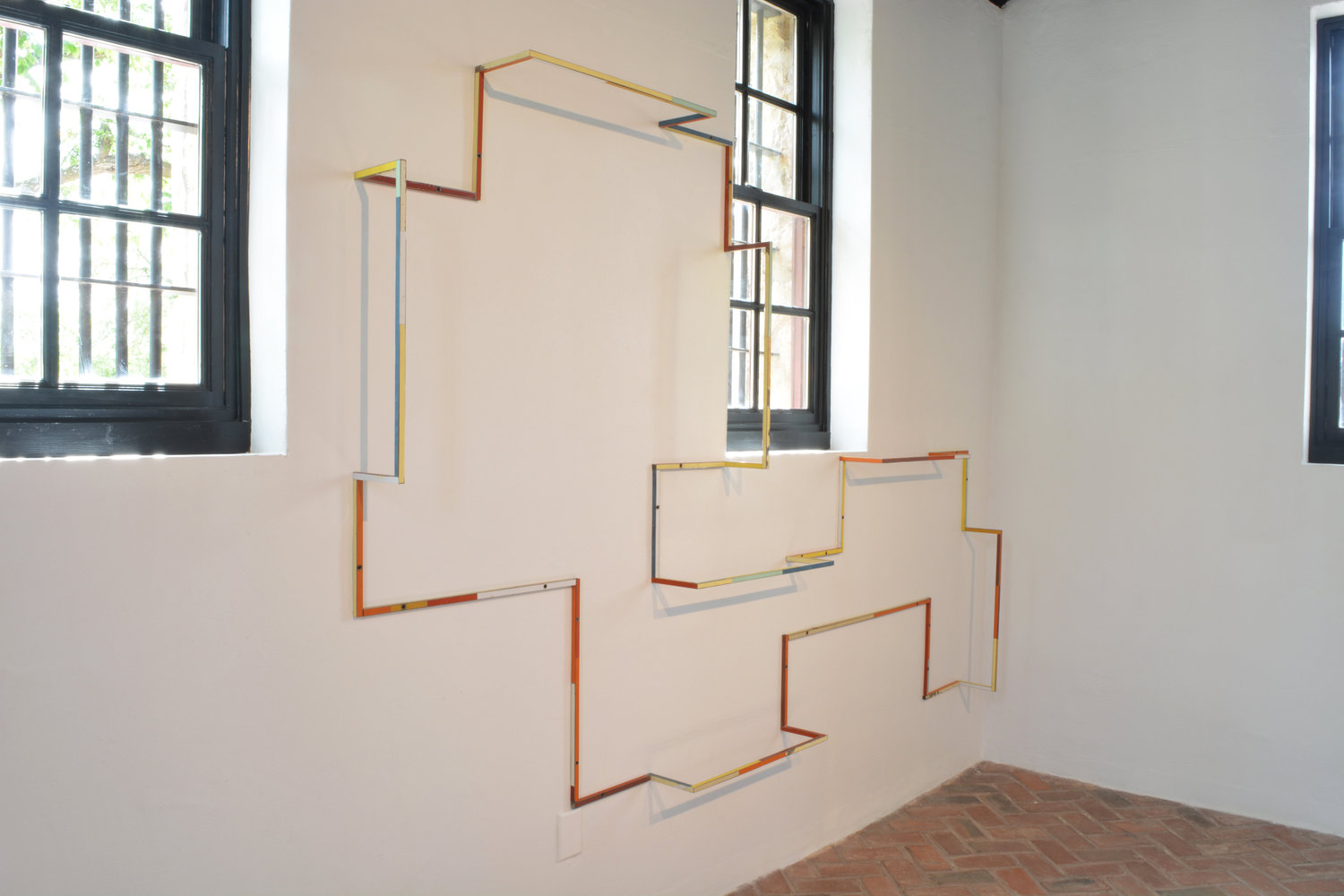 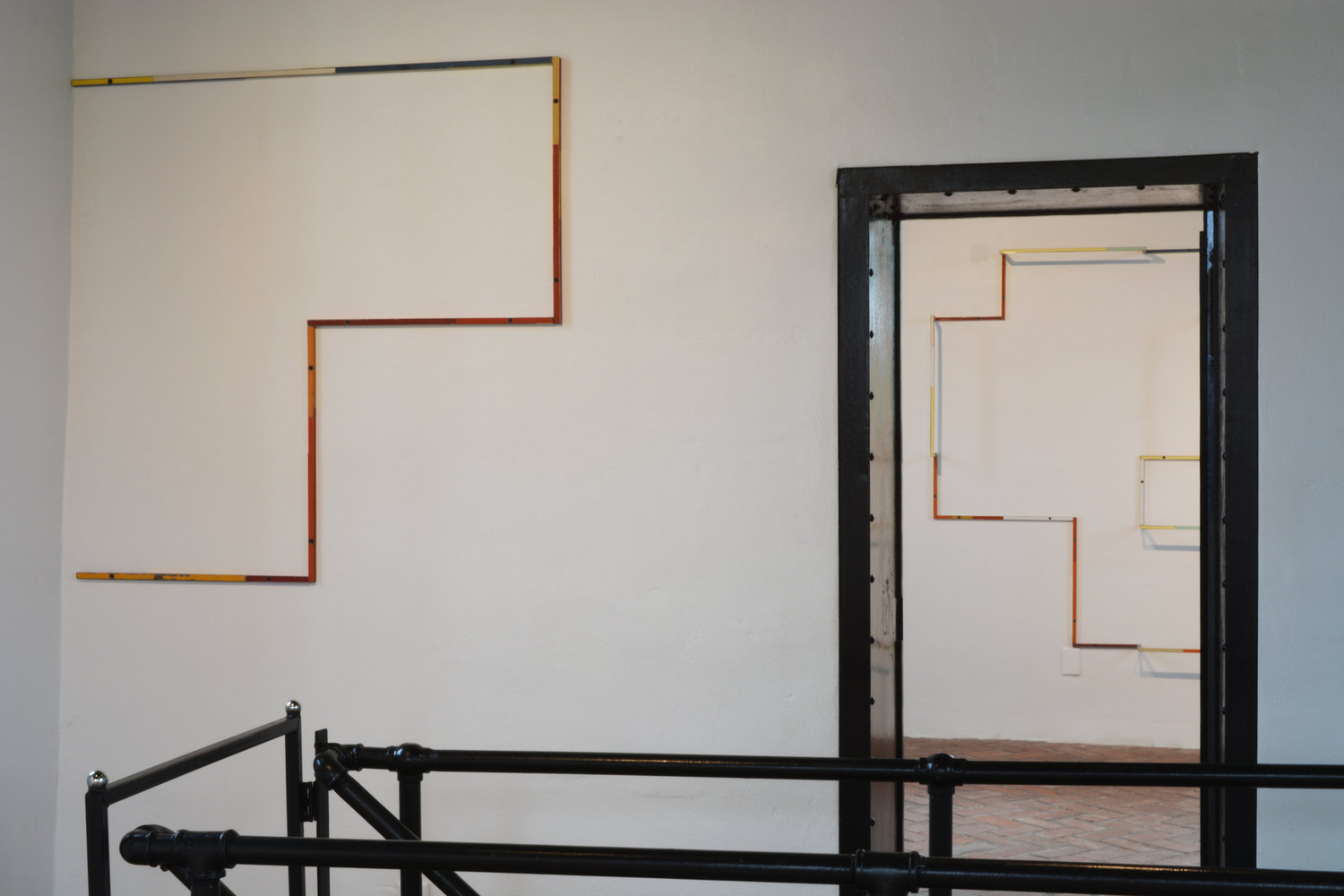 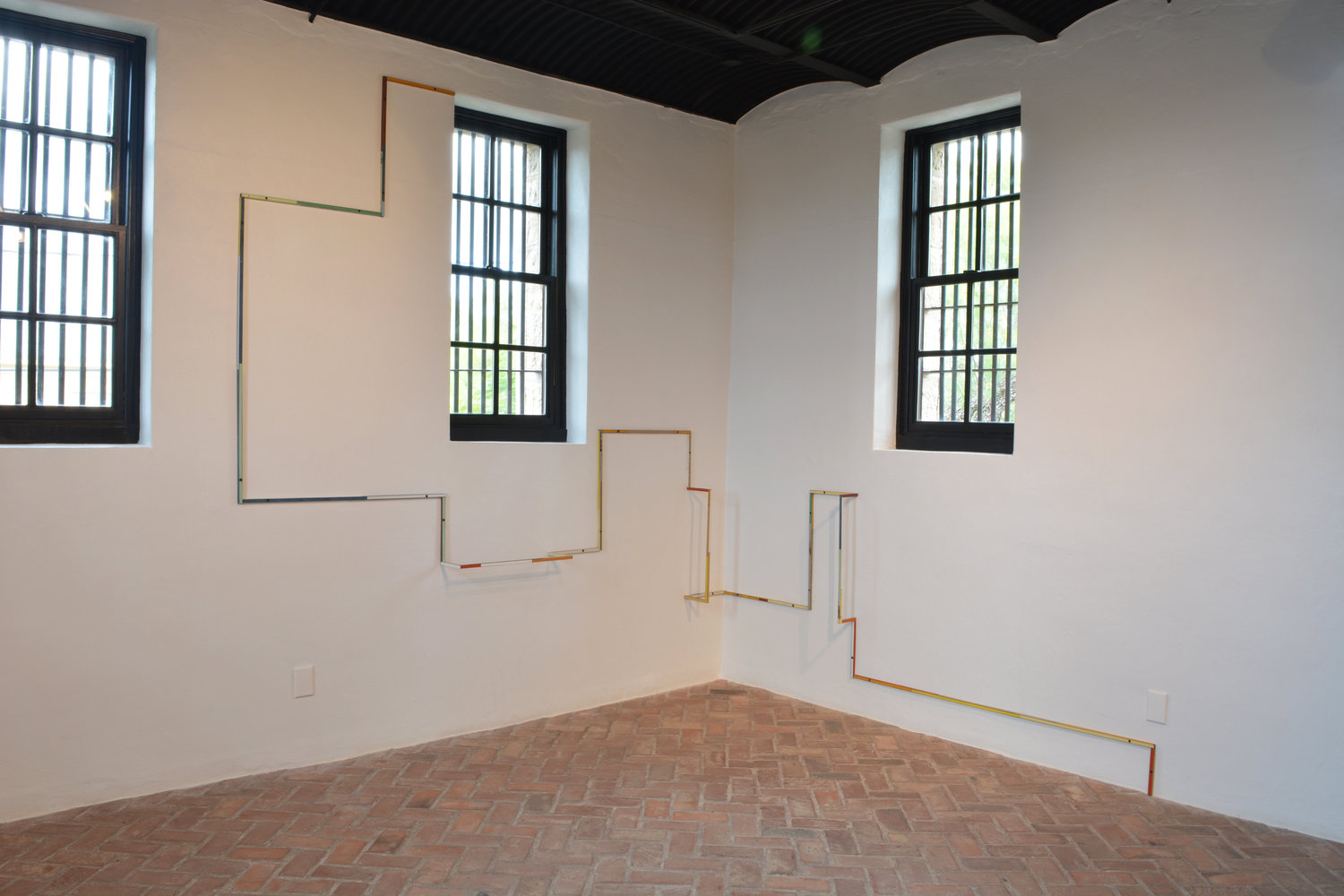 Ted Larsen culls non-arts materials—salvaged scrap metal, usually from old vehicles—which he shears down into flat, monochrome planes that provide ready-made abraded textures and weathered hues. With meticulous attention to geometric and chromatic relationships, these planes of metal are joined together around embodied wooden forms to create sculptures that explore the minimalist purity of shape, line, and form, grounded in the familiarity of the artist’s repurposed medium.

In the site-specific installation Lined Out, these sculptural bodies become three-dimensional lines that extend across gallery walls according to an intuitive internal logic, appearing variously as a map, a circuit board, veins, or a coded language. The plated bands use bright, elementary colors—yellow, orange, teal, sky blue—that reject formalist preciousness and inject levity that invites the viewer to play along.

Playing with scale and context, Larsen’s slender polychrome lines engage in a stitching together of sculpture, wall, and the spaces in between. In contrast to flat, painted lines, Larsen’s dimensional bands crawl across the room, turning and protruding into the space of the viewers, creating, enclosing, and activating the spaces in between.

The linear sculptural bodies actively coopt the architectural elements around them—including the bodies of viewers as they move through space—into the whole of the artwork. The resulting installation becomes bigger than the sum of its parts, and the gallery space is reshaped and reintroduced through a mark-making process distilled to the formal values of right angle, straight line, weathered metal, and the vacuum of empty spaces in between, ripe with potential energy.

Curatorial statement written by Lauren Tresp. Lauren is the editor and publisher of THE Magazine, the arts and culture publication of Santa Fe, New Mexico.