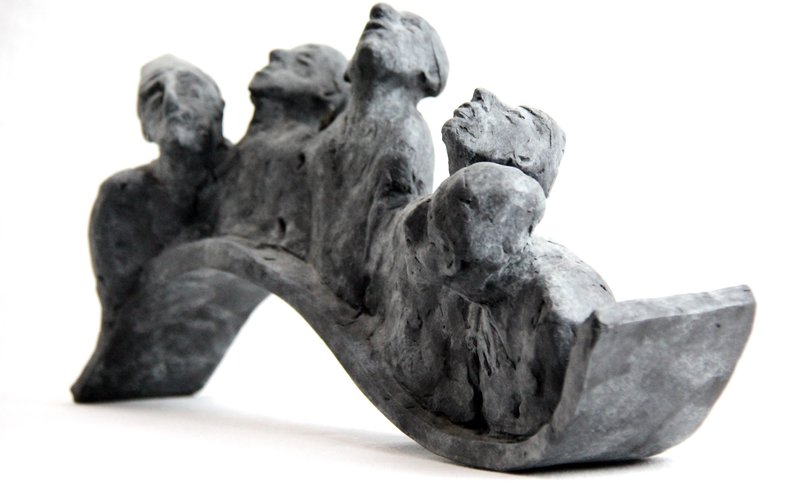 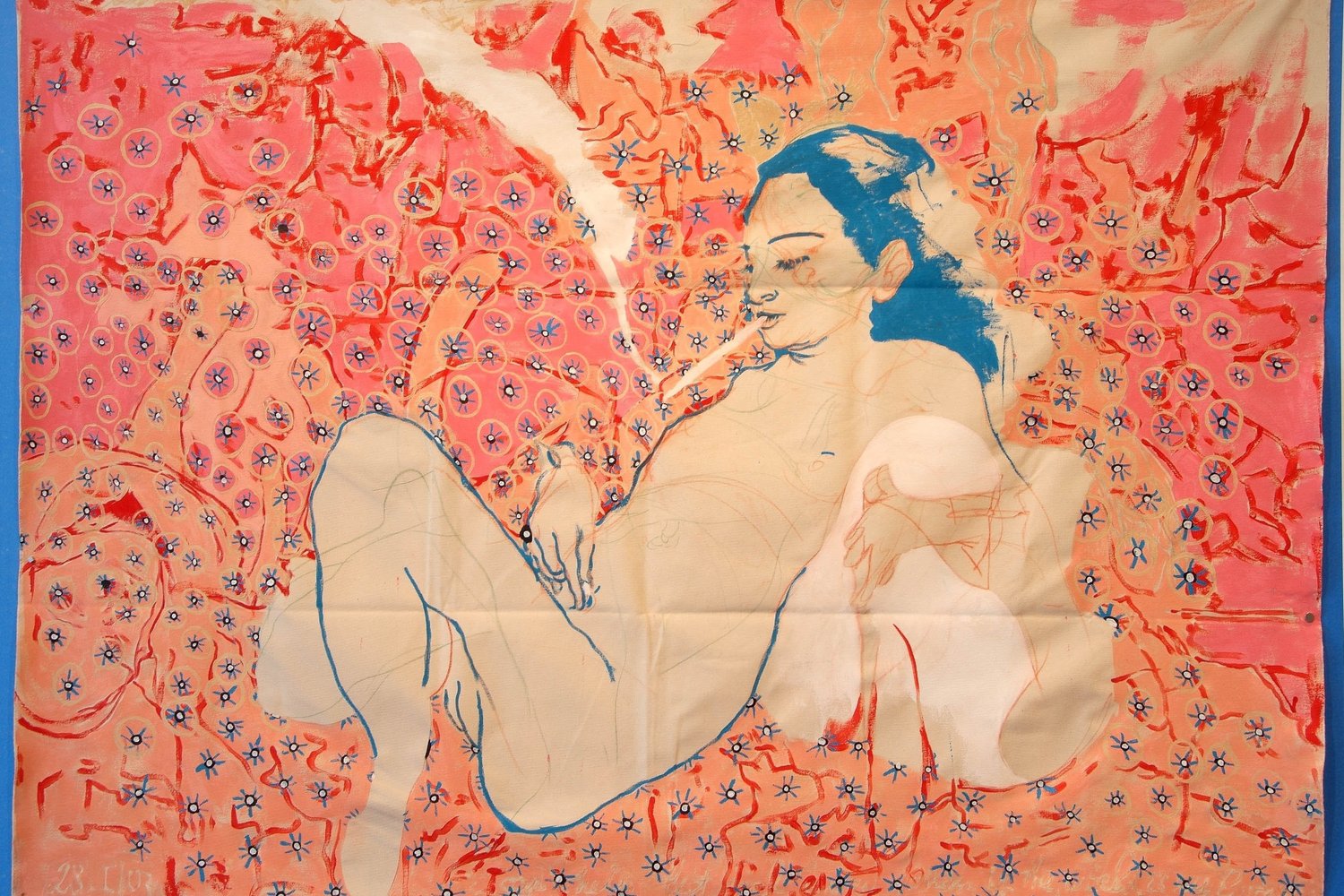 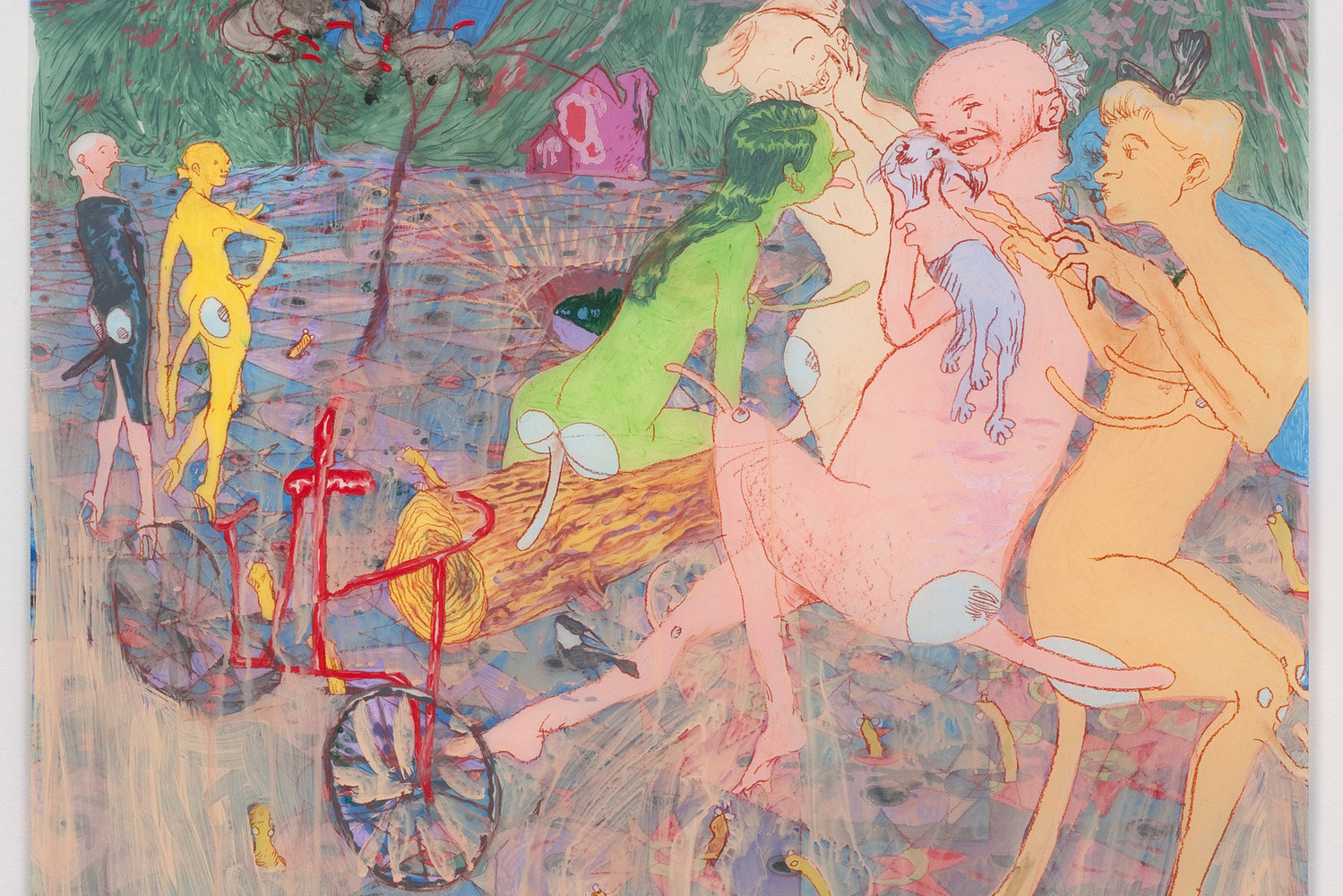 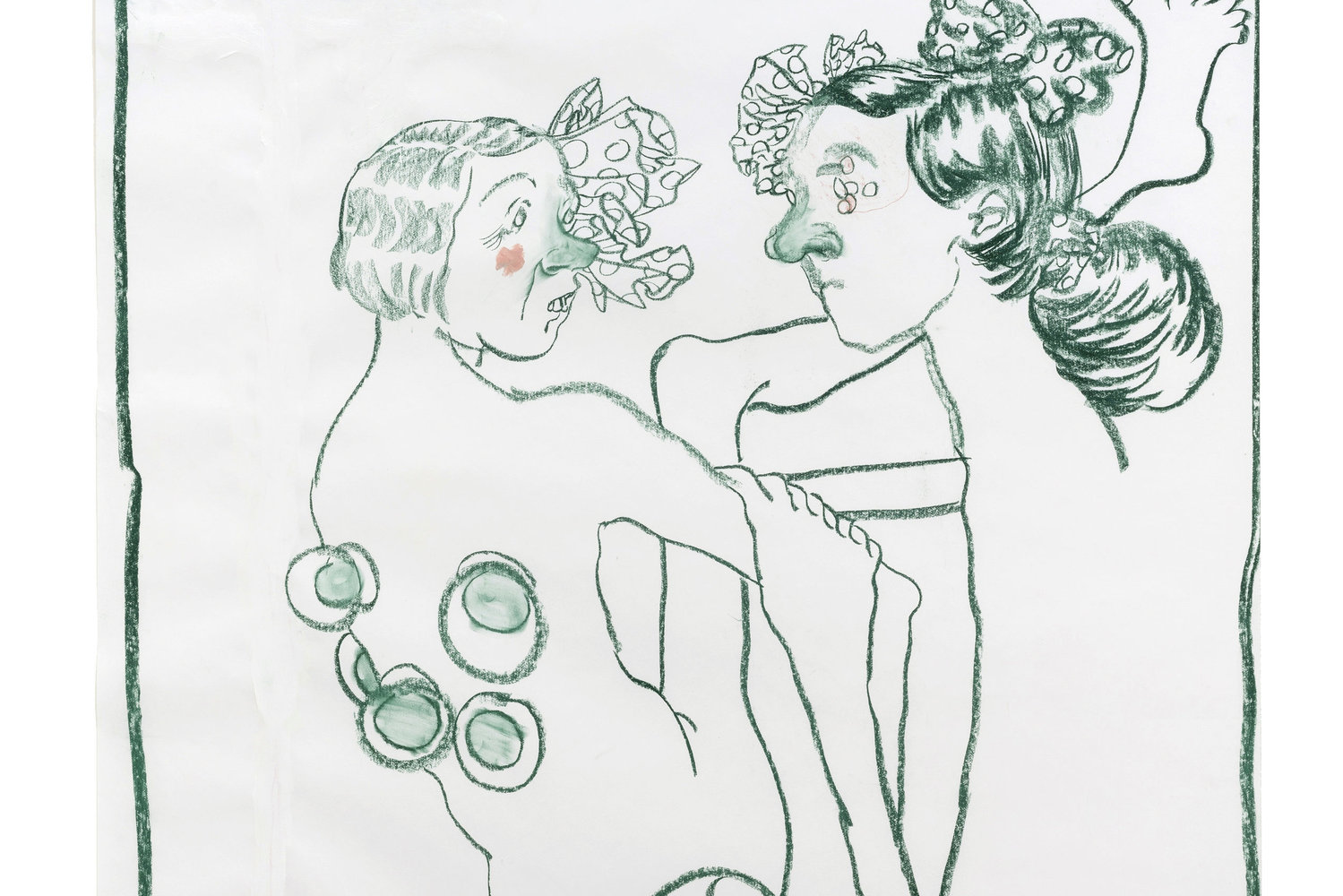 Moscow-born artist Dasha Shishkin’s solo exhibition presents a site-specific arrangement of past works and new creations as one installation. The exhibition is a whimsical and unpredictable leap into a world between painting and drawing where the follies of human nature and failings of society are performed in vivid color and imagination. Employing unconventional materials, such as ripped canvas or painters tape, Shishkin builds out scenes and spaces filled with a motley cast of characters.

In a world where debauchery is an accepted norm, we are given permission to engage with whichever part of our human psyche we desire. Excited at first to indulge, it is only when the dust settles that our eyes are able to pick apart individual scenes in her work. An unsettling reality lies beneath the imagery. As the world seems to be falling apart, we realize we are not viewing from afar but participants, every decision has a consequence. All that is needed is the idiosyncrasies of Shishkin’s mind and the hand to execute it.

Last Fridays
Explore the summer exhibitions on the last Friday of every month from June—August.