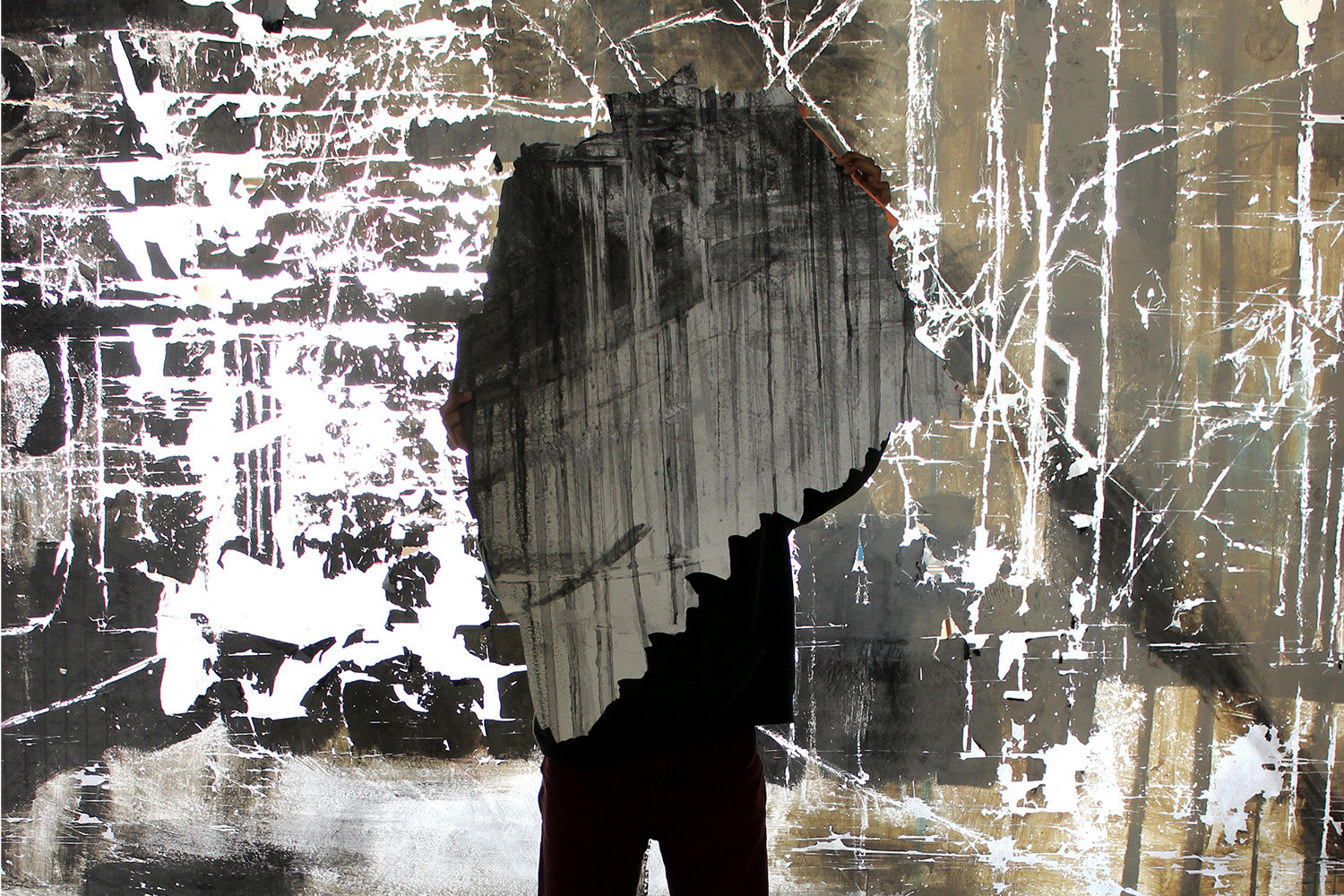 A site-specific wall drawing and installation commissioned by BMoCA.

Mauro Giaconi’s graphite drawings on walls, paper, and found maps are created from a layering process where the representational image is built only to be destroyed by gestural strokes of erasers, sanders, and other corrosive materials. Basing his work on abstracted architectural forms, such as columns, fences, and walls, Giaconi’s process dissolves psychological barriers and symbolic connotations of architecture that are socially embedded in our consciousness.

In cae a plomo… his desire to create and destruct confront each other in the same artistic act. The fragments of plaster were taken from a site-specific wall drawing created at Museo Universitario Del Chopo in Mexico City in 2016. The deconstructed wall, transported from Mexico and reassembled in the US symbolically bridges the countries—a potent poetic gesture in our current political climate. Immersed in the evidence of the laborious and aggressive process of his work, individual destination is lost to the collective, and revelation and erasure are discovered to be the workings of one, unified force, completing a cycle and possibly propelling a revolution.

Mauro Giaconi (b. 1977, Buenos Aires, Argentina) lives and works in Mexico City. Giaconi graduated from the National School of Fine Arts Prilidiano Pueyrredón (ENBAPP) in 2001 with the title of National Professor of Painting. Prior to that he studied architecture at the University of Buenos Aires, Argentina in 1998. He has had many international solo exhibitions and is co-founder of ObreraCentro, a non-profit independent art space in Mexico City.

Last Fridays
Explore the summer exhibitions on the last Friday of every month from June—August.