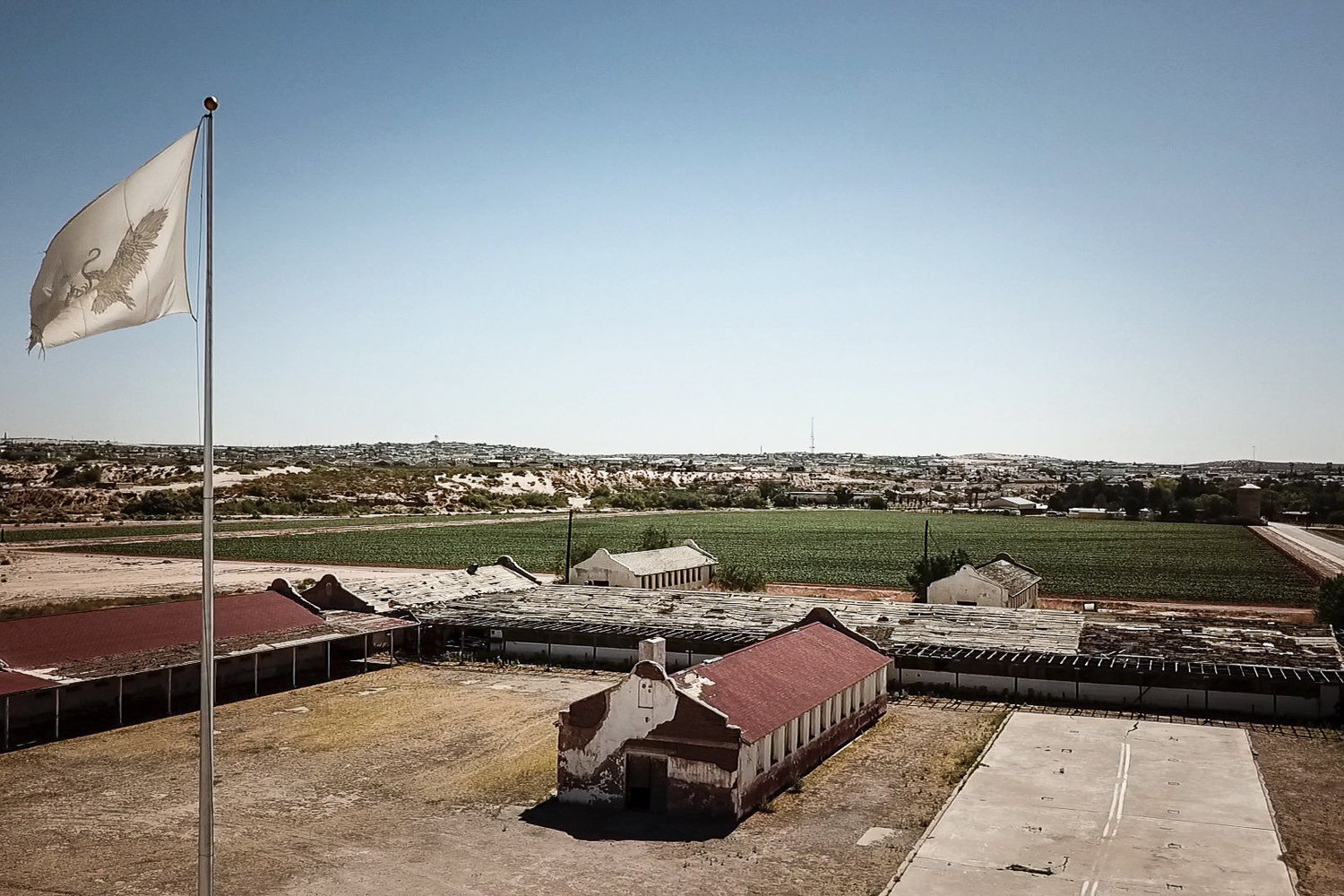 Adriana Corral: Unearthed/Desenterrado presents several bodies of sculptural work that together, through a minimalist approach, bring to light concepts surrounding human rights through highlighting current and historic violations of these rights. Adriana Corral is a Texas-based artist whose performances and sculptures embody universal themes of loss, human rights violations, concealment, and memory. Corral employs a rigorous researched-based practice, in which anthropologists, writers, journalists, gender scholars, human rights attorneys, and victims provide her with the foundation for her works.

Through her practice, Corral seeks to transform the emotional and symbolic impact of art to challenge racial and economic injustices, and to encourage conversation about protecting basic human rights for the most vulnerable people in society. For over a decade, Corral has worked at the intersection of activism and art to address unacknowledged histories, reveal power structures, and create a more equal world. The exhibition Unearthed/Desenterrado traces the development of these concepts in Corral’s work.

Central to the exhibition is a large-scale white cotton flag, which shares the exhibition title – Unearthed/Desenterrado. This work stems from a project produced by Black Cube in early 2018, which was the culmination of Corral’s Artist Fellowship. The 60-foot flag was first displayed outdoors marking the historic grounds of the Rio Vista Farm in Socorro, Texas, along the US/Mexico border in early 2018. Currently, the flag is touring the country in indoor museum exhibitions. Once visible from the El Paso–Juárez horizon, the flag stood as a marker for the Rio Vista Farm, a facility most notably recognized as a key processing center for the Bracero Program. The Bracero Program, established by the U.S. federal government during World War II, is known as one of the largest foreign worker programs in the country’s history. Between 1951 and 1964, Rio Vista Farm processed more than 80,000 Mexican workers per year. Today, the program is described by many people as a period of “legalized slavery,” according to findings from the National Trust for Historic Preservation.

Embroidered on either side of Corral’s flag is the illustration of a “Mexican” golden eagle and an “American” bald eagle, each emblematic of patriotism for their respective nation. By calling attention to this overlooked part of American history, this work endeavors to stand as an acknowledgement of unknown human rights violations, as well as to inspire deeper conversations about our history—and future—of border control along the U.S.–Mexico border.

Corral received her MFA from The University of Texas at Austin and completed her BFA at The University of Texas at El Paso. She was invited to attend the 106th session of the Working Group on Enforced and Involuntary Disappearances at the United Nations in Geneva, Switzerland (2015), and was awarded a Joan Mitchell Foundation Emerging Artist Grant (2016). Corral was included in “Artists to Watch 18 Exceptional New Talents” by Modern Painters (2017). Corral’s residencies include the McDowell Residency (2014), Künstlerhaus Bethanien Residency in Berlin, Germany (2016), the International Artist-in-Residence at Artpace (2016), a fellowship at Black Cube, a nomadic art museum (2017), and, most recently, a fellowship at the Archives of American Art and History at the Smithsonian Institution (2018). Her work will be included in upcoming exhibitions at the McNay Art Museum in San Antonio, Texas and MASS MoCA in North Adams, Massachusetts.

About Cortney Lane Stell
Cortney Lane Stell, Guest Curator, is the Executive Director + Chief Curator of Black Cube, a nomadic contemporary art museum based in Denver, Colorado. She has held an independent curatorial practice since 2006, which has included curating numerous exhibitions nationally and internationally for museums, university galleries, biennials and art events. Stemming from a philosophical interest in art as communication, Stell has organized exhibitions that focus on artworks experimental in both conceptual and material nature, including exhibitions with artists such as Liam Gillick, Cyprien Gaillard, Daniel Arsham, and Shirley Tse. Stell holds a MA from the European Graduate School in Switzerland where she is also a PhD candidate in Media Communications.

About Black Cube
Black Cube is a nonprofit, experimental art museum that operates nomadically. Without the traditional boundaries of a physical building, Black Cube exists primarily through partnering with artist fellows to commission popup art experiences. Black Cube describes itself as an unconventional museum pursuing the most effective ways to engage audiences while supporting individual artists with critical professional guidance. Black Cube was founded by artist and philanthropist, Laura Merage. For more information, visit blackcube.art.