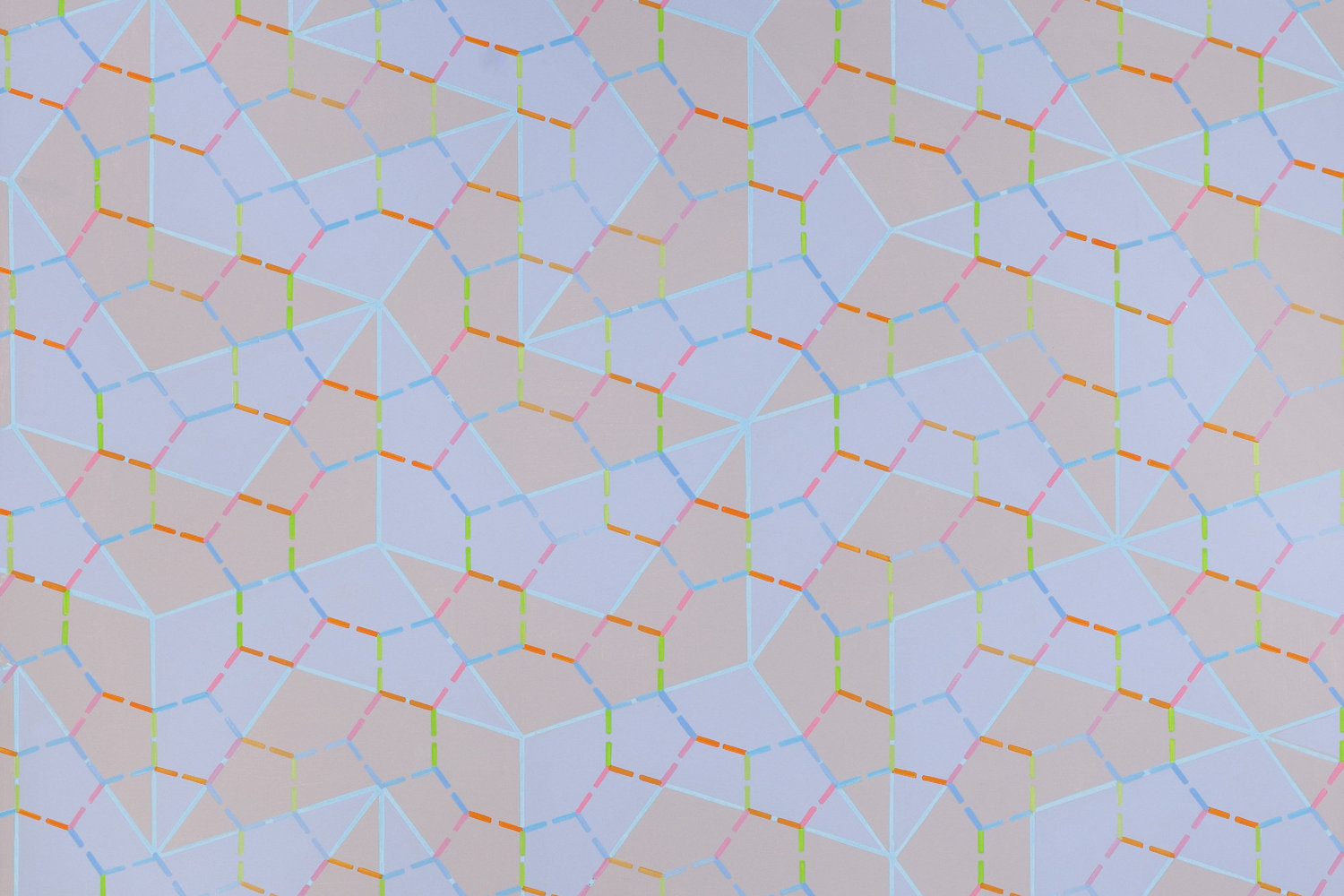 For the past five decades, Clark Richert has been making art in Colorado. Today, he is largely known as a painter, although his career as an artist is multifaceted. Over the years his practice has involved animation, video, intervention, happenings, publishing, and the development of Drop City, an artist community. This exhibition, Clark Richert: Pattern and Dimensions, explores the range of Richert’s work, including early abstract paintings and experimental public interventions.

Running concurrently with Clark Richert: Pattern and Dimensions is Clark Richert in Hyperspace and nth Dimension at the Museum of Contemporary Art Denver. Learn more at mcadenver.org.

Clark Richert, b.1941 in Wichita, Kansas, is an artist and teacher known for his colorful, systemic pattern paintings, prints, and animations as well as his broad influence at the Rocky Mountain College of Art and Design in Denver, Colorado, where he taught for 28 years.

Richert received his MFA from the University of Colorado, Boulder; and his BFA from University of Kansas, Lawrence. He was a co-founder of the celebrated artist community, Drop City, in Trinidad, Colorado, which received R. Buckminster Fuller’s Dymaxion Award in 1966.

For nearly 50 years, Richert has envisioned—and at times predated—in paint what scientists have sought through empirical observation. Inspired by Mark Rothko’s use of color and Buckminster Fuller’s theories regarding the structure of the universe, Richert explores symmetry and quasi-crystal patterns found in nature and theoretical mathematics. While the concepts behind his often-complex designs may be challenging, Richert believes the underlying harmonies can be intuitively appreciated without understanding the mathematical specifics; and suggests that meaning may be revealed through contemplation. He also respects the individual’s right to interpret art without having to obey the artist’s intent.

Richert was awarded the National Endowment for the Arts Fellowship in 1980. Over the span of his career, his work has been featured at numerous galleries and museums in group and solo exhibitions, including the Walker Art Museum, the Cranbrook Art Museum, the Berkeley Art Museum; and can be found in the permanent collections of the Smithsonian American Art Museum, Wichita Art Center, Denver Art Museum, Kirkland Museum of Fine and Decorative Art, ART the Hotel, the Born Hotel, Amoco, Container Corporation of American, and many other prominent private and public collections.

Cortney Lane Stell, Guest Curator, is the Executive Director and Chief Curator of Black Cube, a nomadic contemporary art museum based in Denver, Colorado. She has held a independent curatorial practice since 2006, which has included curating numerous exhibitions nationally and internationally for museums, university galleries, biennials and art events. Stemming from a philosophical interest in art as communication, Stell has organized exhibitions that focus on artworks experimental in both conceptual and material nature, including exhibitions with artists such as Liam Gillick, Cyprien Gaillard, Daniel Arsham, and Shirley Tse. Stell holds a MA from the European Graduate School in Switzerland where she is also a PhD candidate in Media Communications.