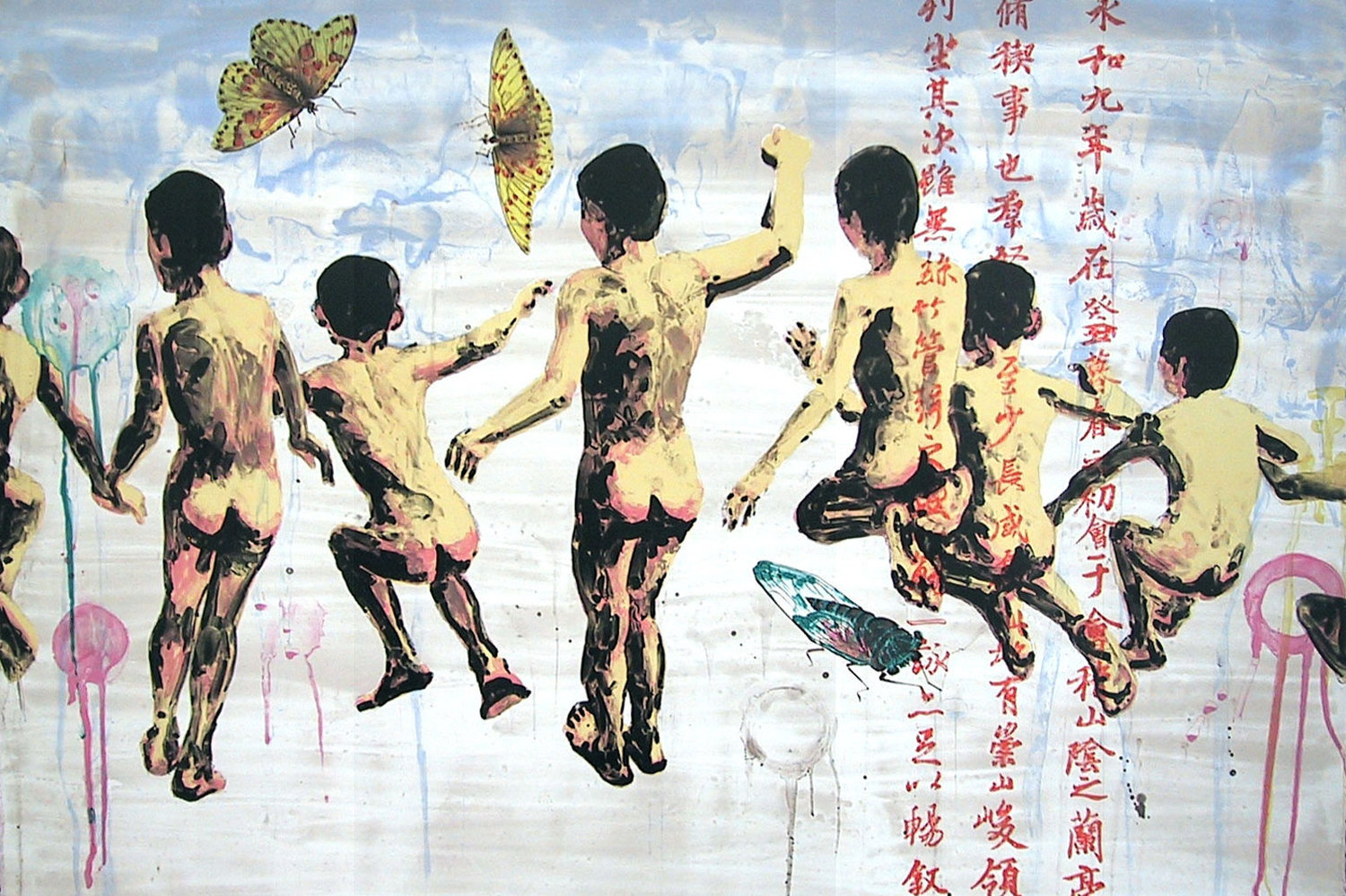 Master printer Bud Shark has been creating highly crafted fine art prints in collaboration with respected artists from across the U.S. and Europe since 1976, right here in Colorado. Shark’s Ink: The California Crew highlights the prints of 14 accomplished California-based artists made with Shark over the last four decades. The artists and the artworks in this exhibition represent the panoply of aesthetics, cultural backgrounds, viewpoints, and talent held within the bounty of art “made in California.” This remarkable grouping of artists, Brad Brown, Enrique Chagoya, Roy De Forest, Amy Ellingson, Susan Hall, Don Ed Hardy, Mildred Howard, Robert Hudson, Hung Liu, Kara Maria, Rex Ray, Alison Saar, Italo Scanga, and William T. Wiley, has manifested a wonderful variety of artwork aided by Shark’s skill and vision.

About Bud Shark
Bud Shark (b. Devils Lake, ND, 1946) received a BS from University of Wisconsin, Madison and an MA from University of New Mexico, Albuquerque. He spent four years in London printing for Editions Alecto and Petersburg Press. In 1976 Shark opened Shark’s Lithography Ltd in Boulder, and in 1998 he relocated the studio as Shark’s Ink to Lyons, CO. Shark has collaborated with more than 160 distinguished artists from across the U.S. and Europe, producing prints in a wide range of processes that includes lithography, monotype, wood-block, chine-collé, collage, and three-dimensional constructions. Shark’s Ink prints are in the collections of many museums, including The Museum of Modern Art, The Whitney Museum of American Art, and The Art Institute of Chicago. In 2019 the University of Colorado Art Museum purchased The Sharkive, the collection of over 700 limited edition prints and materials related to Shark’s innovative processes. Shark continues to practice his art in his studio in Lyons.

About Sherry Wiggins, Guest Curator
Sherry Wiggins is an interdisciplinary artist concerned with art as a specifically feminine/feminist relational process and enactment. Her artistic practice has taken multiple forms over the last three decades, including digital works, drawings, installations, performances, photographs, public art, sculptures, video, and writing. Since 2013 she has been working on a major international research and art-making project titled Searching Selves in which she researches the work of remarkable women artists of the 20th century and makes her own work in relationship to theirs. Wiggins’ work has been exhibited in China, Europe, India, Mexico, the Middle East, and South America as well as in Colorado and throughout the U.S. She received her BFA (1988) and MFA (2005) from the University of Colorado Boulder. Wiggins is represented by Michael Warren Contemporary in Denver. She lives in Boulder.

About BMoCA at Frasier
BMoCA at Frasier is a collaboration between Boulder Museum of Contemporary Art and Frasier Retirement Community. Curated by BMoCA, this series of exhibitions in The Canyons Gallery is an extension of the museum’s exhibition schedule. Each exhibition is complemented by a series of education programs.