The museum will be closed to the public through Sunday, April 26.
more…

Free for members and children under the age of 12. 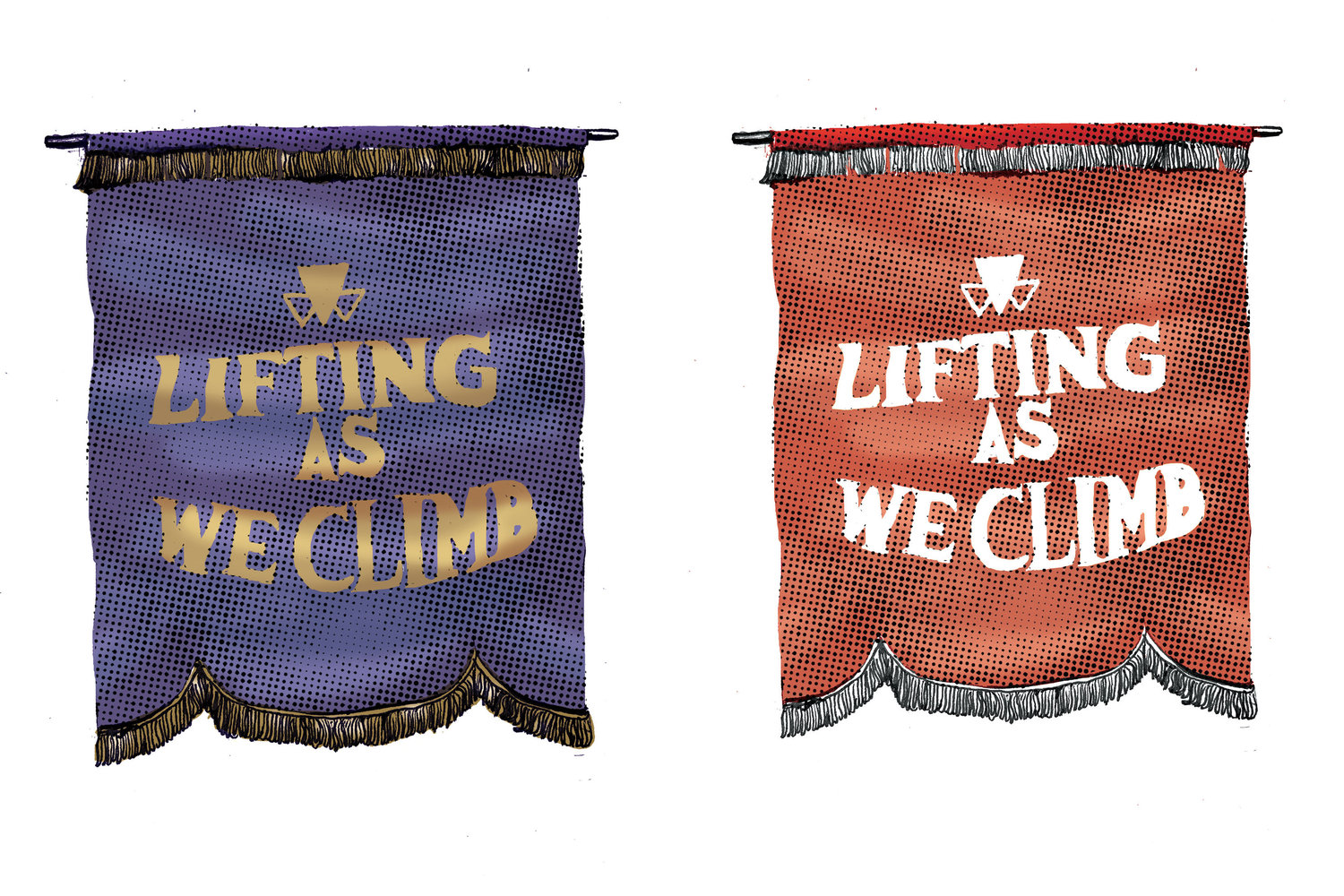 As a central feature of the exhibition, Davis presents the figure of the staircase as a metaphor for assumed socio-economic progress versus the real, racial, gendered, and monetary disparities in contemporary America. Drawing on black feminist theory, Davis looks at sources from the suffrage movement, current visual culture, and gender politics to encourage a debate around minority women’s representation and citizenship.

This show is the first of three exhibitions BMoCA is presenting in 2020 to commemorate the centennial of women being guaranteed the right to vote in the United States. BMoCA will exhibit work by three contemporary women artists who reflect on the complexities of being a woman in our democracy today. A hundred years have passed since the vote was won, and the relation between gender and equality is still being negotiated daily. What does it mean to have a vote? To be a body? To use your voice?

In conjunction with these exhibitions, BMoCA will present public working sessions for women in the Boulder community to take part in. Female-identifying individuals will have opportunities to meet each exhibiting artist in a public event and discuss complexities of being a woman in our democracy today, obstacles to having your voice heard, and the relationship between gender and equality.

About Candice Davis
Candice Davis is a conceptual artist originally from San Antonio, Texas and currently working in Minneapolis, Minnesota. Davis graduated from the Minneapolis College of Art and Design in 2018 with a BFA in Web + Multimedia Environments. Her practice focuses primarily on digital media, installation, and performance as a means of witnessing for the experiences of marginalized people. She is a recent recipient of a Next Step Fund Award and is currently an Artists on the Verge 11 Fellow.

About Present Box
Present Box is a series of temporary exhibitions that invite artists to transform BMoCA’s lobby and front entrance into innovative installations, performances, and events. The site-specific projects are intended to encourage artists to create work outside their comfort zone, and to foster interactive participation. Artists are also urged to explore themes that are relevant for our present time.

Special thanks to our community partners:
YWCA Boulder County