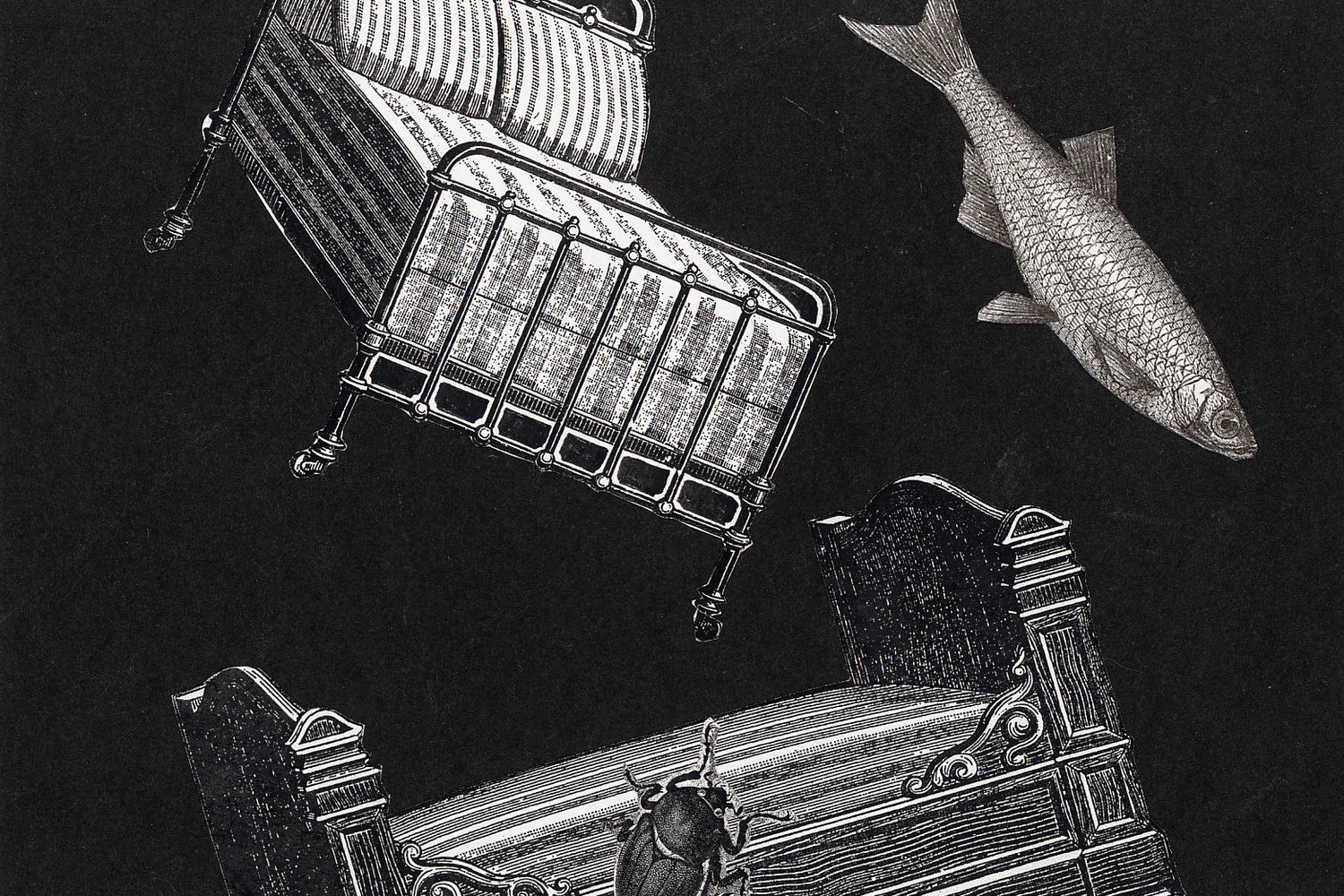 Night is an expansive time for us. It is the time for gestation, for dreaming, for going down into the ground, the dark, the beyond. Time is no longer a thin invisible line but feels thick like atmosphere, surrounding you and enveloping the scenery. Stacey Steers’ characters reveal a tender, fearless love of the dark. Though hesitant, they move in it with determination to confront their burdens – sometimes with furrowed brows and worried looks, but always with an enviable strength.

Night is the time to tell stories. Steers allows her stories to unfold and bloom and drop their petals onto the floor of our consciousness. We inhabit her houses as the visiting guests of her protagonists. They host us, fielding our inquiries, and allowing us a glimpse into their inner sanctuaries.

About the Artist
Stacey Steers is known internationally for her process-driven, labor-intensive animated films composed of thousands of handmade works on paper. Her more recent work also includes collaborative installations that join invented, three-dimensional production elements with film loops. Her films have screened at Sundance Film Festival, Telluride Film Festival, International Film Festival Rotterdam, Locarno International Film Festival, Museum of Modern Art in New York, Lincoln Center in New York, and the National Gallery of Art in Washington, DC among dozens of other venues, and she has won numerous prizes. Steers is the recipient of major grants and fellowships from the Guggenheim Foundation, Creative Capital, and the American Film Institute. She is a member of the Academy of Motion Picture Arts and Sciences. She is currently represented by Robischon Gallery in Denver.

About Guest Curator Kim Dickey
Artist Kim Dickey, a Professor at the University of Colorado Boulder for the past twenty years, has had solo shows in New York, Los Angeles, Kansas City, and Denver, and has participated in dozens of national and international invitationals. US galleries that have featured Dickey’s work include Garth Clark, Jack Tilton, Pierogi, Thomas Healy, Sherry Leedy, Peters Project, Rule Gallery, and White Columns. She is currently represented by Robischon Gallery in Denver.

A devotee of animation and independent film, Dickey is honored to be collaborating with BMoCA to present the accomplished works of Stacey Steers to the Boulder arts community.